Signs of Detroit's comeback continue with a massive revitalization project of downtown's most recognizable high-rise.

The 38-story Book Tower opened in 1926, preceded in 1917 by its 13-story companion structure, the similarly named Book Building. Together, both structures are being turned into a mixed-use masterpiece on the city's burgeoning Washington Boulevard.

Plans call for a blend of retail, offices, hotel space and residential units. A unique feature of the lower building will be a rooftop bar, restaurant and event space that offers views of downtown.

Jeffers Crane Service, in conjunction with ALL Tower Crane — both members of the ALL Family of Companies — is providing a Potain MR 298 tower crane to work on the Book Building.

Like many first-generation high-rises in American cities, the Book's basement is actually larger than its visible footprint, extending out under the surrounding sidewalks and streets. So careful planning was required for the erection of the tower and how its weight would be distributed. The solution: a ballasted base and a permanent tie-in to the eleventh floor for the duration of the project.

The ballasted base, and cribbing underground for added support, offset the challenge of the hollow basement space under the tower crane. The tie-in then allowed for distribution of the crane's reactions to the existing building through a manageable load path.

"[ALL Tower Crane General Manager] Sam Moyer, who's an engineer, was invaluable in helping us achieve the goals for this site."

ALL Tower Crane's application engineer, Dan Giera, helped bring the concept to reality and also coordinated fabrication of the tie-in components with ALL's welding and machine shops in Cleveland, Ohio.

Bowman said Jeffers also got an assist from a sister branch, Central Rent-A-Crane of Indiana.

"Central had a Grove 6300L available in its taxi fleet, the perfect assist crane for assembling the Potain tower," said Bowman. "They readily provided it to us. It's another advantage of having such a strong network of ALL branches behind us. This project was a true family affair."

The Grove 6300L could be mobilized much more efficiently and, with its 350-ton capacity and extra-long boom, did not require any reconfiguration or job site moves once in position. This ultimately saved the customer time and money on setup.

The Potain MR 298 was configured with 207 ft. of total height and a 148-ft. jib. It went up in early fall 2020 and is expected to be onsite until mid-summer 2021. The interior of the Book Building is being completely remodeled, and the tower crane will lift materials to construction crews inside. It also will do the literal heavy lifting for adding air-handling equipment and condenser units for a new climate control system.

Perhaps most notably, the tower crane will play a major role in the construction of that rooftop oasis that's a crucial part of the redesign.

"I'm proud of our involvement in this project," said Bowman. "Jeffers is well known for our heavy industrial work, and the Book Building has allowed us to show off some of our other capabilities and resources in a very visible project." 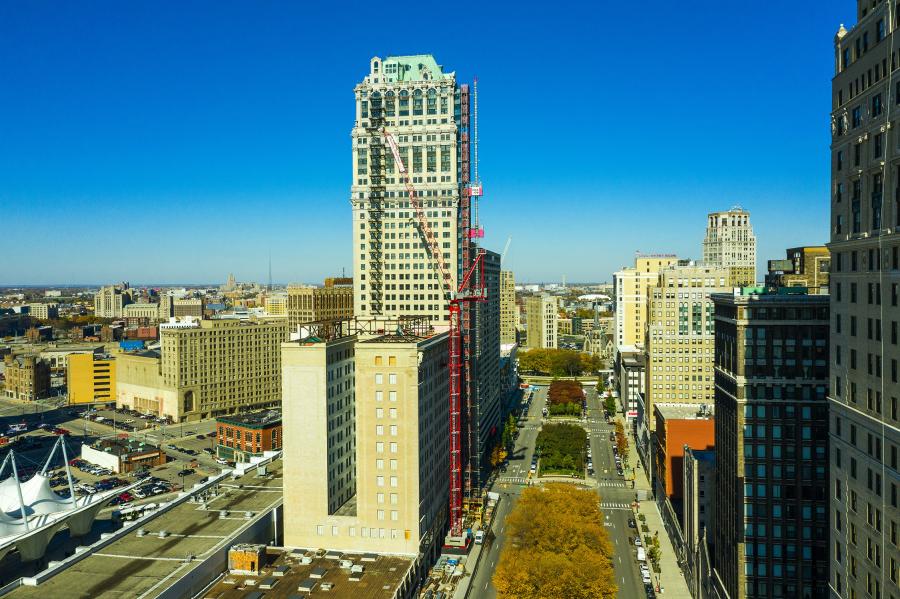 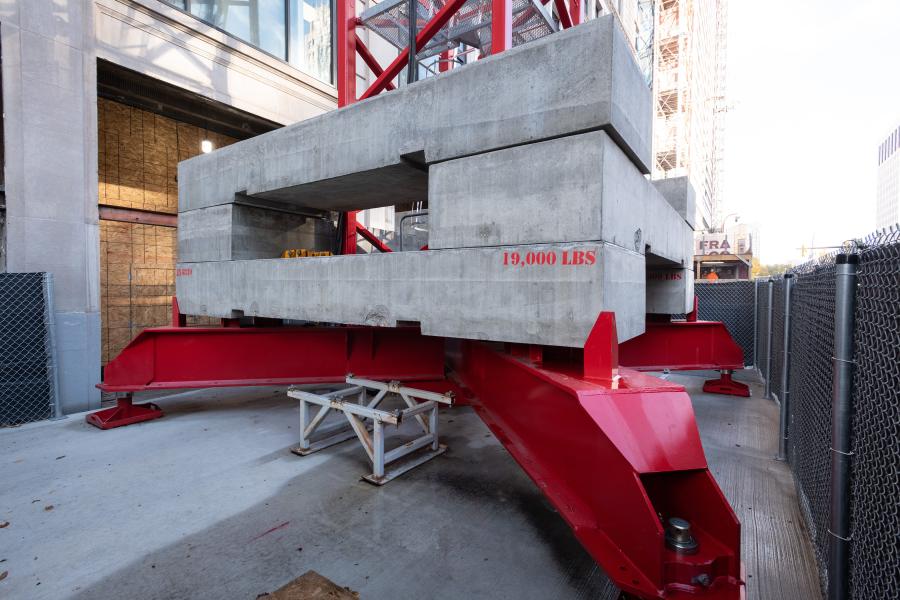 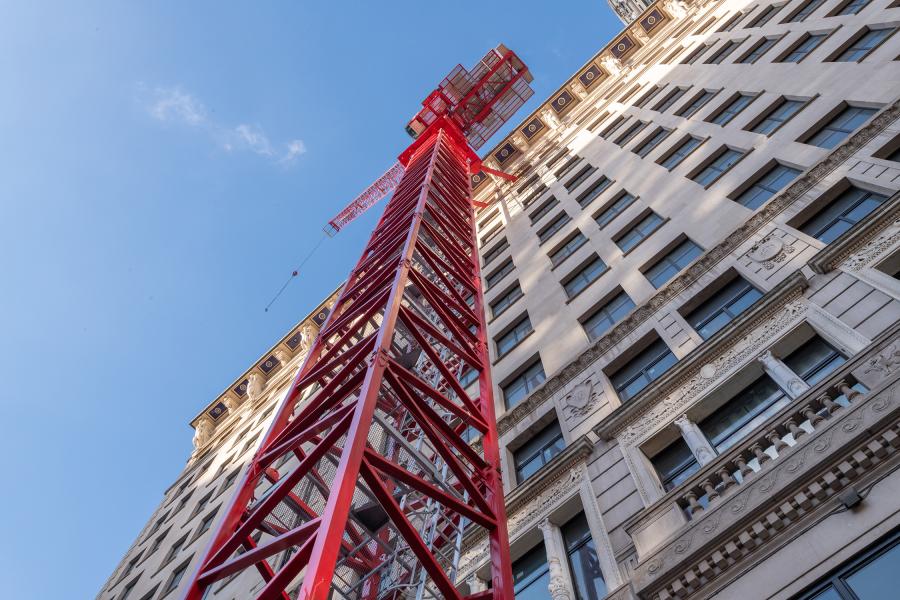 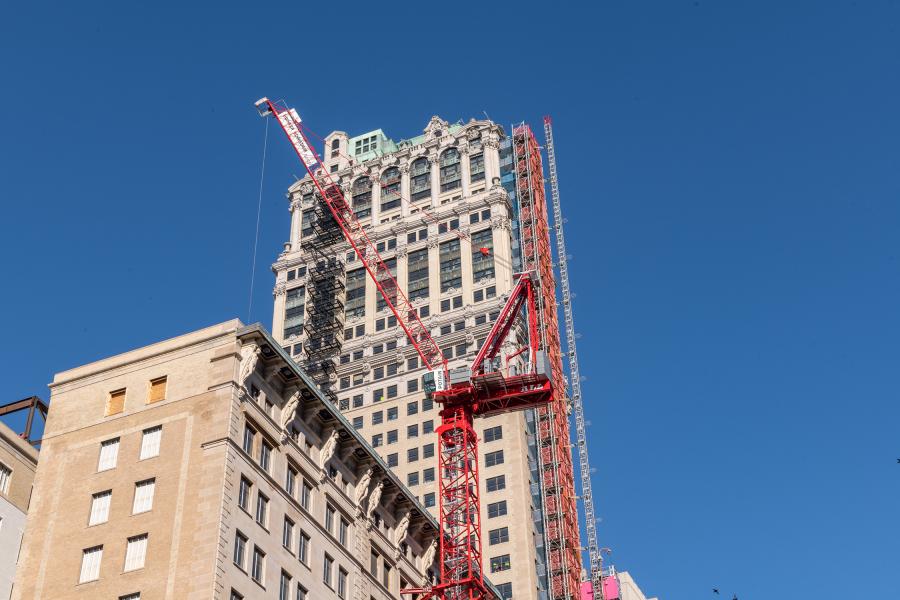 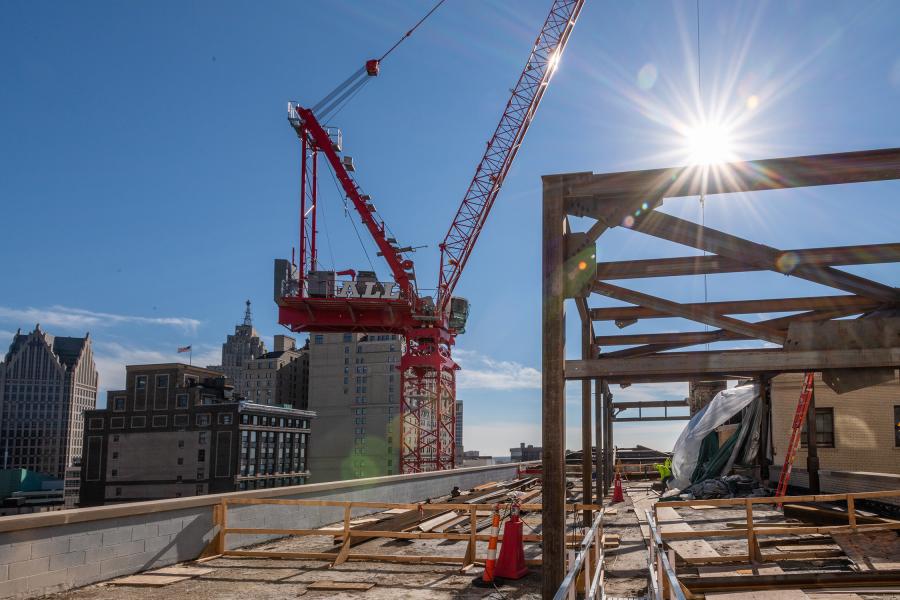