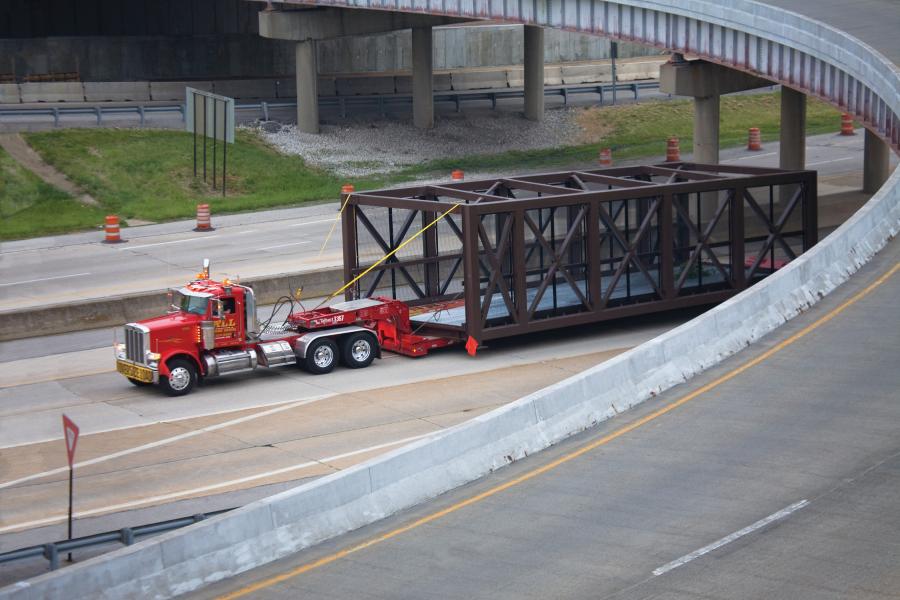 The ALL Family of Companies helped its customer who needed cranes relocated following Hurricane Sally.

When Hurricane Sally swept through Florida in September, it left behind millions of dollars in damage. This included a couple of cranes at a construction site in the state's panhandle, which were knocked out of commission as a result.

It was a small hardship in the overall scheme of things, but significant to the contractor, which was left scrambling for replacements.

What followed was an unusual arrangement whereby a supplier helped out a longstanding customer, but not in typical ways that previously defined the relationship.

Luckily, this company was a longtime customer of ALL Sunshine Crane Rental, a member of the ALL Family of Companies.

Even though the damaged cranes and the desired replacements were owned by the company, not rentals from ALL, the company knew that ALL maintained its own trucking fleet and asked for a favor.

They wondered, could ALL mobilize its resources to truck the needed cranes to Pensacola?

"Our customers are part of our extended ALL Family, and we were happy to help out," said T.J. Wicklander, general manager of ALL Sunshine Crane Rental.

The ALL Family of Companies' trucking fleet is significant in size, exceeding 2,500 trucks and trailers positioned across three-dozen branches in North America. ALL maintains the fleet to transport its own cranes throughout its national footprint, but here was being asked to perform the same function for customer-owned cranes.

Wicklander knew it would take approximately 20 truckloads to deliver both machines to Pensacola, or about 10 to 12 trucks/trailer combos for each delivery. He had three in his own yard that he could donate to the cause, so he needed to round up more.

Wicklander's first call was to Jim Hill, ALL's trucking logistics manager based in the nerve center at corporate headquarters in Cleveland, Ohio. Hill told Wicklander that, by chance, there were already a half-dozen truck/trailer units headed to Alabama and he could route them to Florida. Wicklander also got support from Sam Moody, operations manager at ALL Crane & Equipment Rental Corp. of West Virginia, which contributed several more trucks, and ALL Crane Rental of Florida (Tampa), which dispatched five men to help with the driving.

"This is the benefit of being part of the ALL Family," said Wicklander. "I called the family, and they came through like they always do."

Once the calls were made and the trucks summoned, the pickups and deliveries of the cranes went off uneventfully. Logistics required the trucks to start from Orlando, home to Wicklander's branch and the location of the Manitowoc 888. After making the 450-mi. trip to Pensacola and offloading the 888, the same trucks headed to Tampa and repeated the process with the Liebherr 1160.

The customer made the ask on Oct. 2 and by Oct. 6, both cranes were at the work site in Pensacola.

After the deliveries, the customer sent an email to Wicklander and others involved in the undertaking, writing "Your team performed like rock stars."

"With all the hurricanes that go through the Gulf Coast and the kind of damage they can do, you want to help out as many people as you can," said Wicklander. "ALL had the logistical wherewithal and the trucking resources to help and we were pleased to come through for this customer."

For more information about the ALL Family of Companies, call 800/232-4100 or visit www.allcrane.com.