ALL Family of Cranes Working at Ohio State University Campus


On Nov. 14, 2020, the Ohio State Buckeyes did not play at Maryland as scheduled — another college football postponement brought on by the coronavirus pandemic. But that day on the OSU campus in Columbus, a display of teamwork and awesome power was still taking place.

On that day, five different cranes were working on five different lifting jobs within a six-block radius on the campus grounds. And every one of those cranes was rented from ALL Crane Rental Corp., a member of the ALL Family of Companies.

Cranes ranged in capacity from a 110-ton hydraulic truck crane to a 220-ton all terrain crane, performing work ranging from elevator repairs to removing air handling units from a dormitory roof.

Taken individually, the jobs represent the maintenance work necessary to keep a large campus running smoothly. Taken together, they demonstrate how ALL has become part of the fabric of Columbus, earning the trust of a diverse customer base with its talent pool, broad fleet and nationwide footprint from which to draw.

On that clear day in November, a 165-ton Grove GMK5165-2 all terrain crane was at Arps Hall removing a rooftop air-handling unit. Meanwhile, at Doan Hall, a 190-ton Liebherr LTM 1160-6.2 was prefabbing the roof to accommodate a new air unit (which ALL would be back two weeks later to put in place).

At Blankenship Hall, a 155-ton Liebherr LTM 1130-5.1 was replacing HVAC units, while at Meiling Hall, a 110-ton Grove TMS9000E hydraulic truck crane was assisting with repairs to the building's elevator.

The fifth project that day was located at the intersection of 12th and High Streets, where a 220-ton Liebherr LTM 1200-5.1 was helping with prep work for the roof of the student union.

"This was another air-handling job," said Rich Randall, general manager of ALL Crane Rental Corp. "The Liebherr was hoisting materials we needed a week later when we returned with a different machine to set the units." (At that time, ALL returned with a 550-ton Grove GMK7550 with luffer and outfitted with a capacity-boosting MegaWing.)

Setting materials for a future air handler sounds straightforward, but this one-day project did require some logistical support. Due to the nearby Wexner Medical Center, ALL's team needed to be in contact with the hospital's medical helicopter unit so the crane's boom wouldn't interfere with flight patterns. It also required lane closures at a high-traffic intersection.

ALL is a frequent visitor to the OSU campus, but this Saturday was unique because so many cranes were deployed to numerous, unrelated projects.

"You could stand on certain streets, and every direction you looked, you could see booms from ALL cranes," said Randall.

Also notable is that the five jobs represent three different customers, meaning each just happened to schedule work on the same day as the others.

ALL already is onto its next OSU project, recently setting three tower cranes for construction on the new 26-story addition to Wexner Medical Center. The $1.8 billion project will create a new flagship building for the health system located on campus. 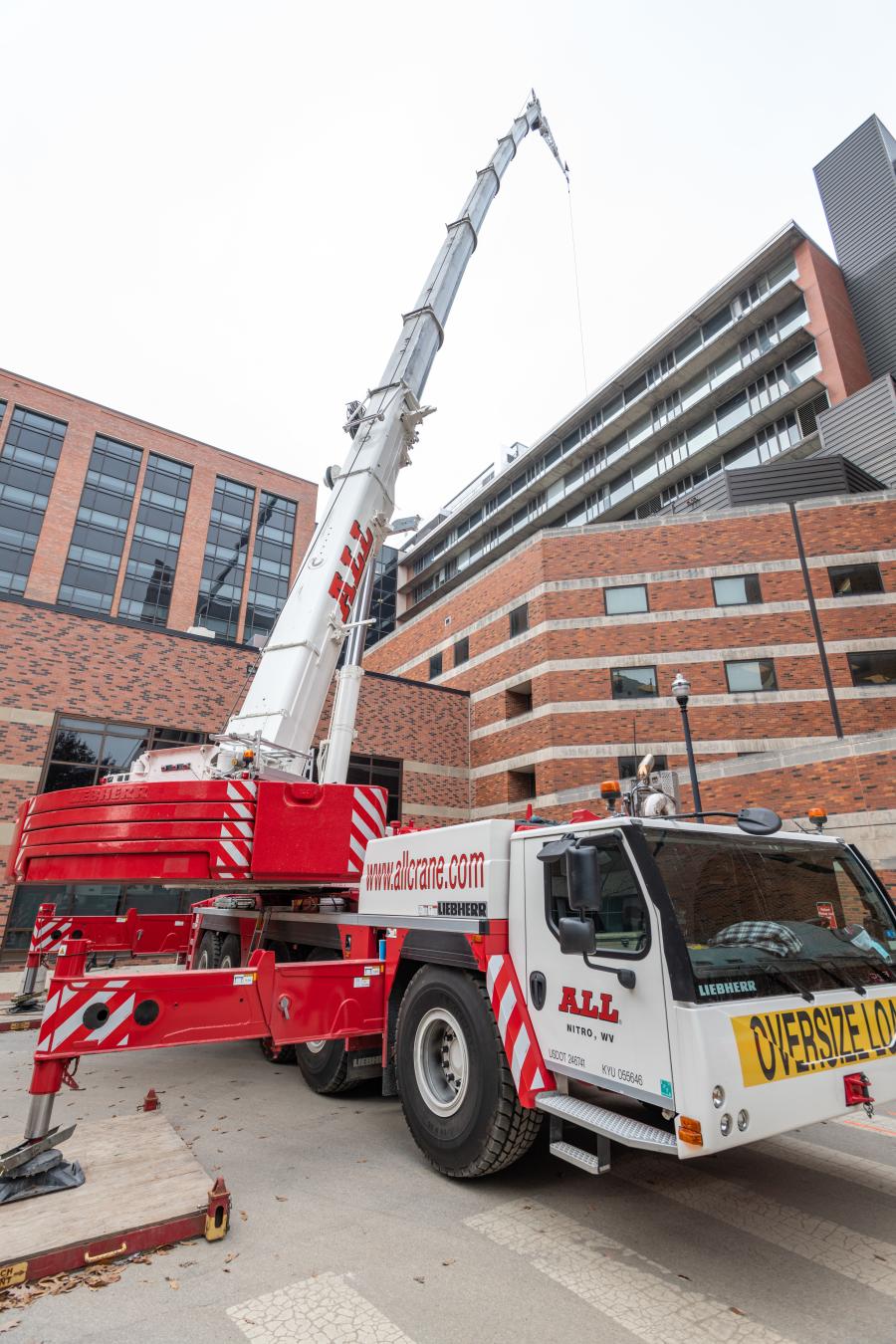 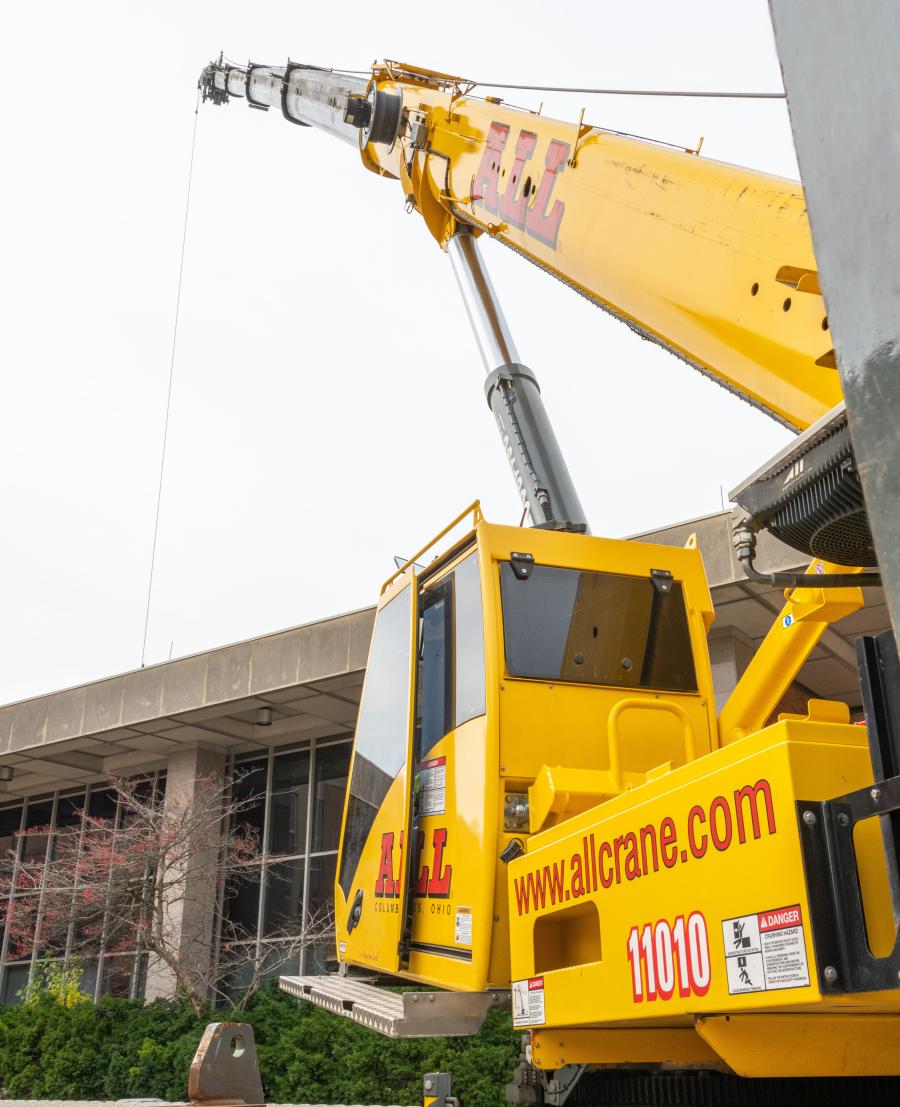 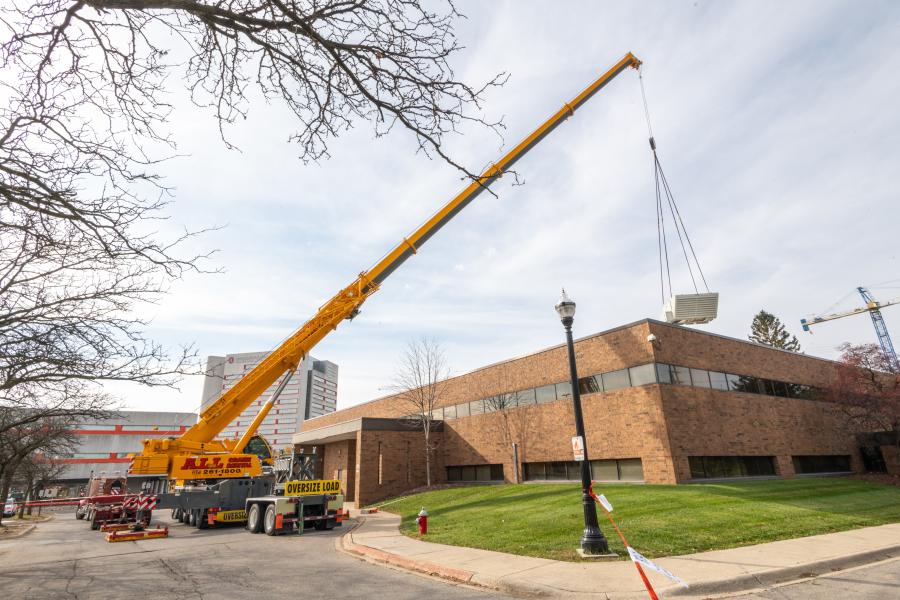 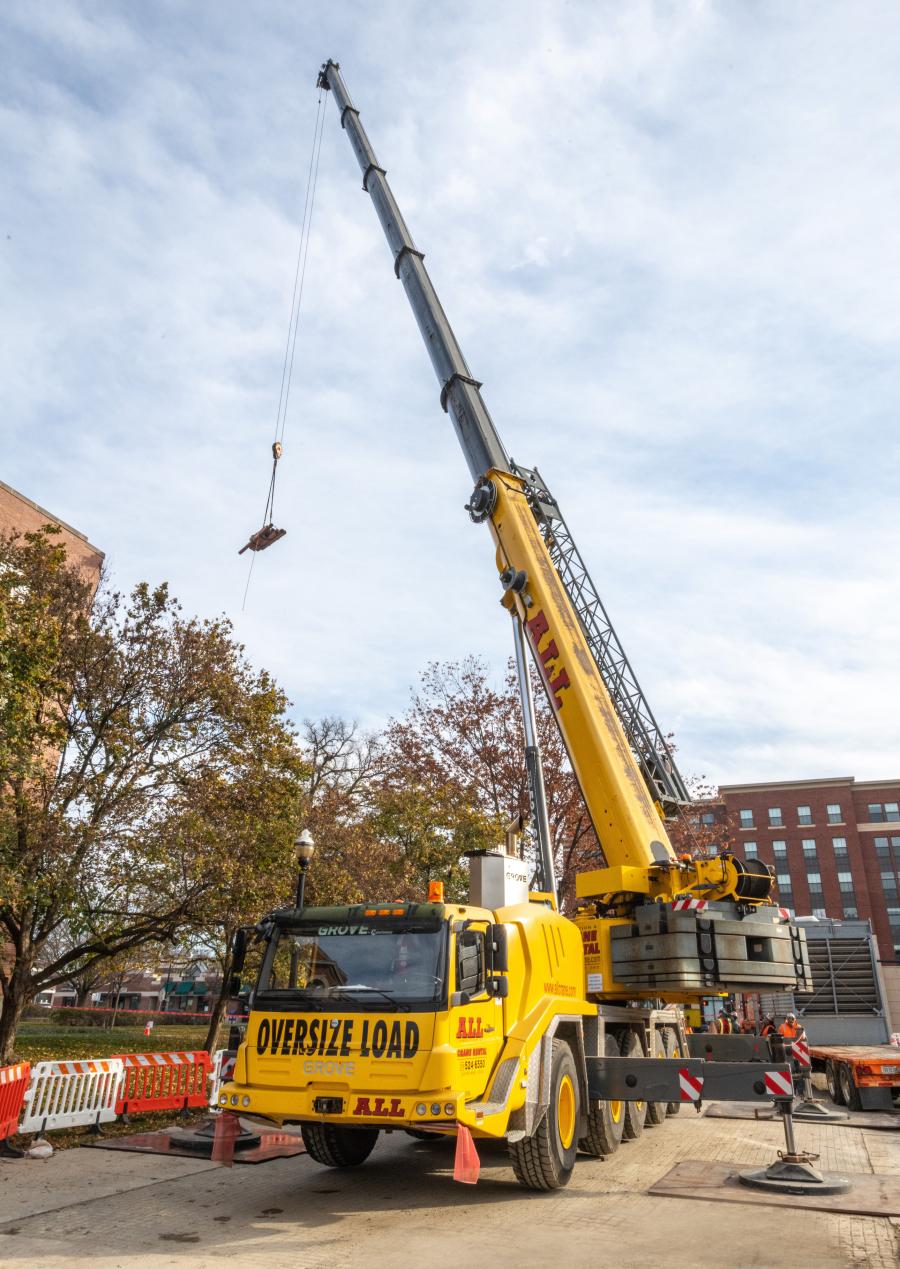 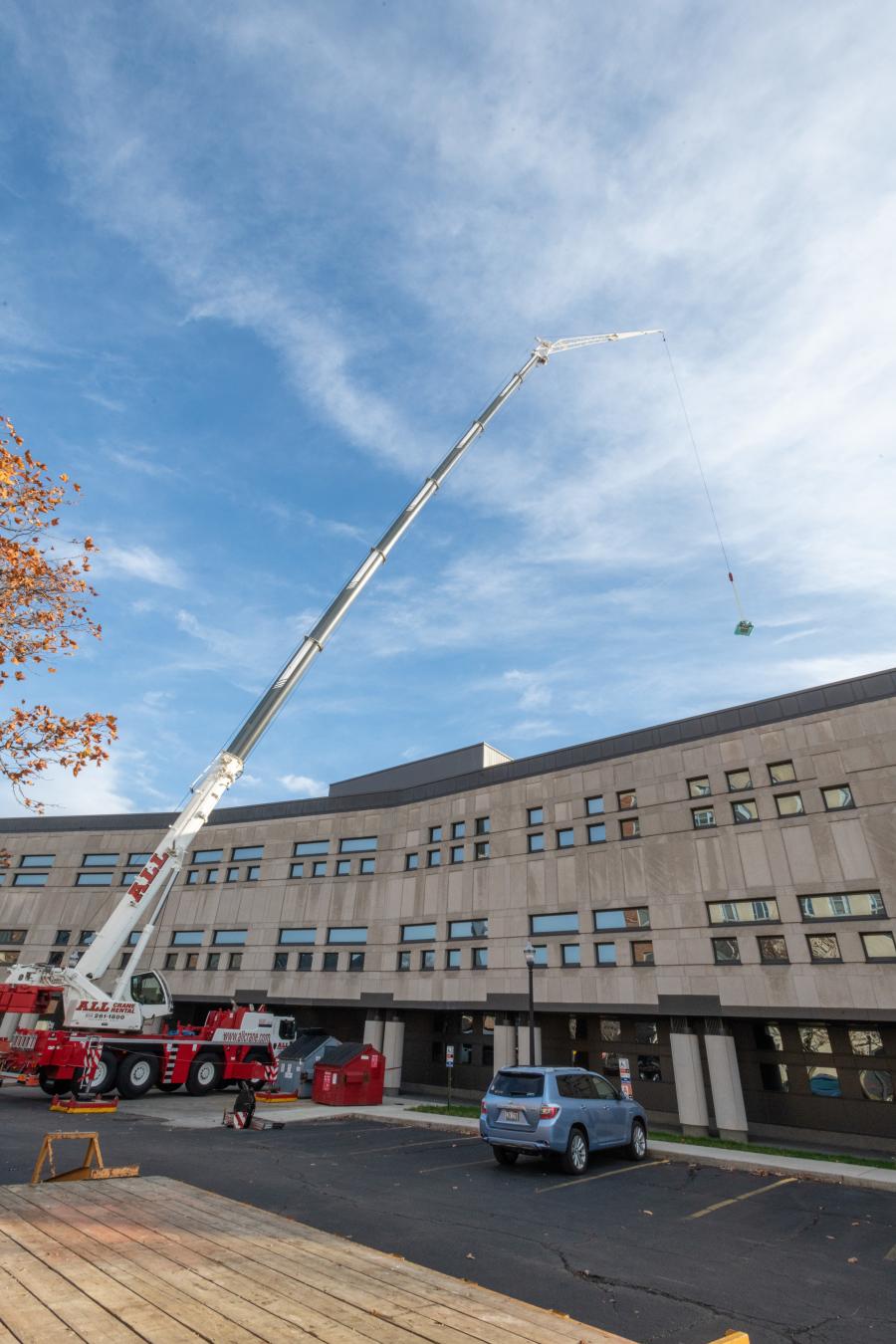