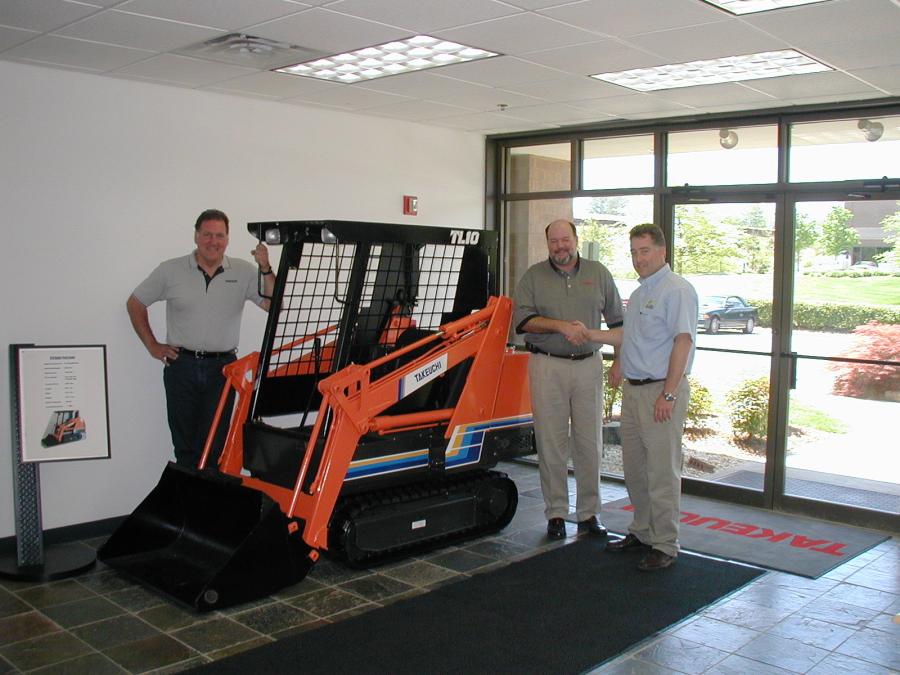 Gary Wade, president of All Island Equipment in New York, recently traveled to Takeuchi’s North American headquarters in Atlanta, GA, for additional product training. While touring the facility, he also was given the opportunity to view the first Takeuchi rubber-tracked loader ever produced.

Takeuchi got a head start in developing the rubber-tracked loader in 1979 — approximately 10 years before the rest of the industry caught on. Since the early ’90s, Takeuchi has updated the design and currently continues to actively produce and market new machines.

The original prototype was unveiled in 1979 and eventually evolved into the Takeuchi TL26, which was introduced to the North American market in 1992.

Over the past five years, the tracked, compact loader market has exploded in the United States. Although it has taken some time, more and more contractors have come to appreciate the unique applications that a tracked loader brings to their equipment fleet.

According to Wade, that Takeuchi loader has been a successful product line for All Island Equipment since 2000.

Because Takeuchi rubber-tracked loaders are particularly useful in wet conditions, nearly every skid steer manufacturer is offering a tracked machine.

Not only has the tracked system helped contractors work more efficiently in wet conditions, but the extra traction also allows materials to be pushed and graded with the Takeuchi, expanding the machine’s application beyond that of a loader.

With approximately 25 years of research under its belt, Takeuchi engineers have developed what they consider the most advanced undercarriage system in the industry.

The Takeuchi loader is not a skid steer that has been redesigned to accept tracks. Rather, the machine was engineered from the ground up as a tracked loader. Takeuchi now offers three models: the TL130, the TL140 and the TL150.

Ordinarily, the Takeuchi is designed to work in low speeds, but the machine can be moved into a higher gear for unloading.

The Takeuchi also offers an optional roll-up door, similar to the design of an excavator cab, which allows the door to roll up above the operator’s head. Unlike swing-out doors, this feature allows the operator to enter and exit the machine regardless of the loader arms’ position.

About All Island Equipment