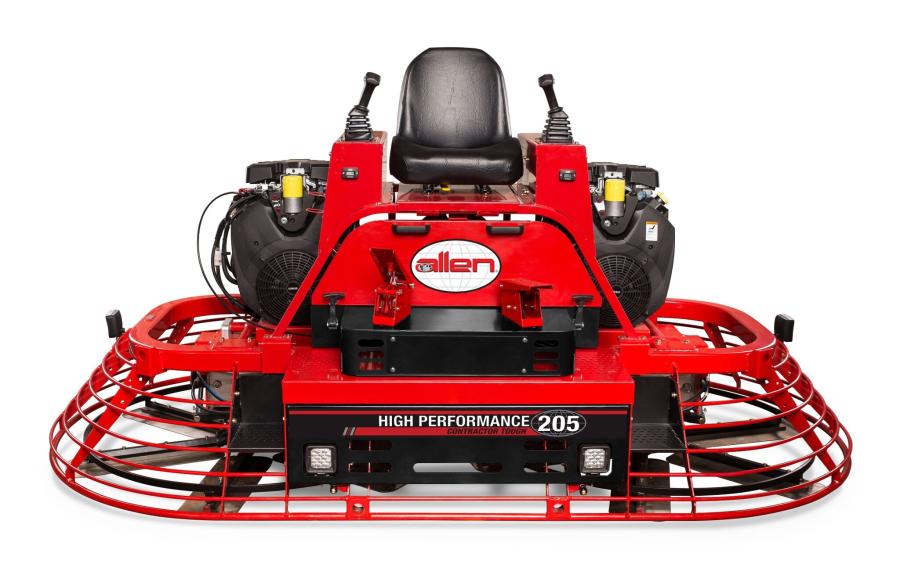 The HP205 provides an excellent alternative to diesel in the 10' rider class. This rider utilizes twin Kohler EFI 37 hp gasoline engines to provide incredible power, along with torque-converter clutches that produce excellent low speed torque for oat panning, as well as superior high rotor speed for burnishing concrete. The HP205 also has power steering controls, and it is the latest addition to Allen's mechanical- drive riding trowel lineup.

• Cruise control for ease of operation

Allen Engineering Corporation (AEC) is headquartered in Paragould, Arkansas USA. The company designs, engineers, manufactures and markets concrete and related equipment with a number one goal of Total Customer Satisfaction.