The Mother Road has seen in recent months a growing number of electric car charging stations along the 2,500-mile path, and some states are even pushing for solar panels and electric buses. 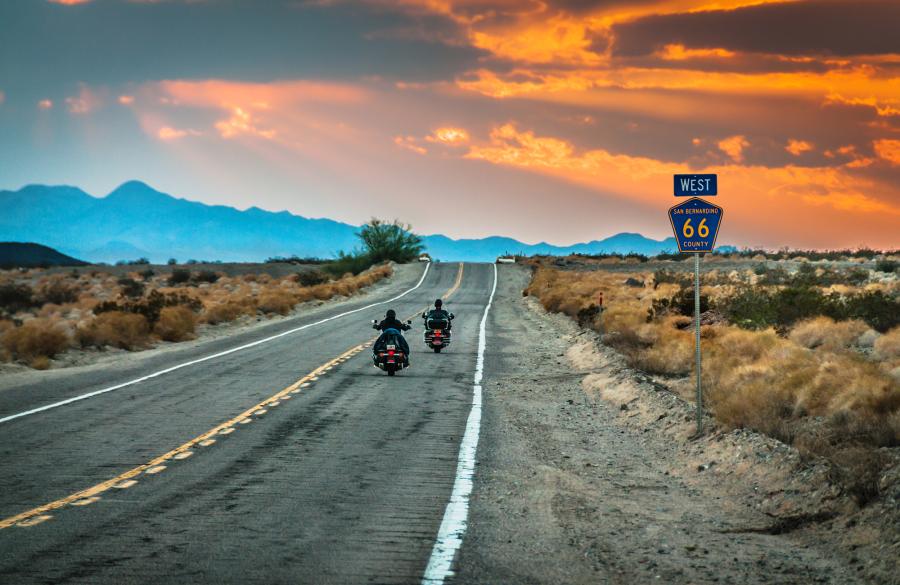 The Mother Road has seen in recent months a growing number of electric car charging stations along the 2,500-mile path, and some states even are pushing for solar panels and electric buses.

In Illinois, where Route 66 begins, the state has installed a network of electric vehicle charging station from Lake Michigan to the Mississippi River. BMW, Mitsubishi, and Nissan are supporting the $1 million effort with technical help from the University of California at Davis. Officials say it the project will cover eight cities, and each site will have at least one fast-charging station.

“This infrastructure has the clear potential to save drivers money while delivering environmental benefits to the state and the nation,” Gustavo Collantes, with the UC Davis Policy Institute and lead of the Zero Emission MAP initiative, said at the time of the project's announcement.

Earlier this year, Missouri's highway department announced it was eying a project to cover a portion of its Route 66 with road-ready solar panels. Under the experiment, roadways would be embedded with solar panels to provide energy to nearby rest stops.

The electronics of the panels would be inside glass-covered, hexagonal sections weighing about 70 pounds each. Solar Roadways, an Idaho-based company developing solar panels, said the formulated tempered glass would support the weight of semi-trucks and has a traction surface like asphalt.

Solar Roadways also said this month it was in talks with a Ramada hotel in Kingman, Arizona along Route 66 about placing solar panels in a parking lot.

The hotel isn't the one trying to get in the action.

“It's just something I thought would be perfect for us since we like to be eco-friendly and those who drive Tesla cars are high-end travelers,” Ferrary said.

In the six months her upscale bed & breakfast has had the charger, it's been used only twice, she said. &#8220But I bet that changes soon,” she said.

This week, the city of Albuquerque announced it would purchase of fleet of 60-foot articulated battery-electric transit buses for a planned rapid transit project along Albuquerque's Route 66 in the Nob Hill neighborhood. That project has drawn strong opposition from some business owners who feel it will disrupt the character the area and the construction would hurt businesses.

However, Albuquerque Mayor Richard Berry said the city would be better off. “The selection of electric buses makes the (transit) project an even more sustainable project for Albuquerque's future,” Berry said.