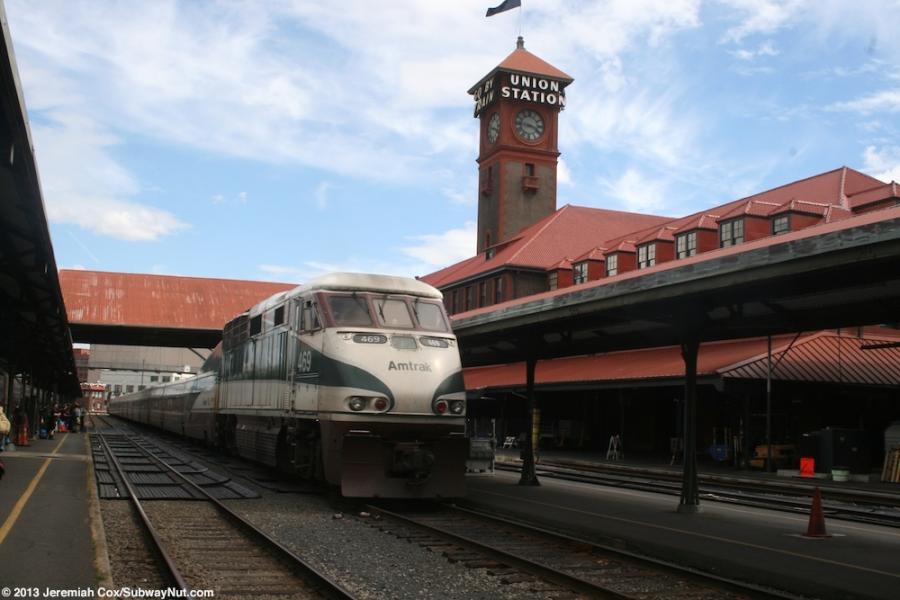 Amtrak will replace the service facility that supports its two long-distance trains — the Empire Builder and Coast Starlight. (subwaynut.com photo)

Amtrak said it will build a $28 million locomotive service facility in Seattle, its latest major investment in a facility that supports its two long-distance trains — the Empire Builder and Coast Starlight — plus the Amtrak Cascades state-supported corridor service, and maintenance for Sound Transit's Sounder trains.

The regional Amtrak Cascades is jointly supported by the departments of transportation of Washington and Oregon.

The project, Amtrak said, will include demolition of existing buildings, utilities, tracks and other structures, and construction of a new 31,000-sq.-ft. locomotive shop.

The yard's existing tracks also will be reconfigured to allow access to the new structure, which will be equipped with a new 125-ton drop table funded by the Washington State Department of Transportation and a 55-ton overhead bridge crane. Drop tables allow crews to inspect or repair the underside of locomotives including the wheel sets.

The project is scheduled to begin this month and completed in June 2019, Amtrak said.