Annual Excavation-Related Damages to Underground Facilities Increased from 2017 to 2018, According to Latest CGA DIRT Report 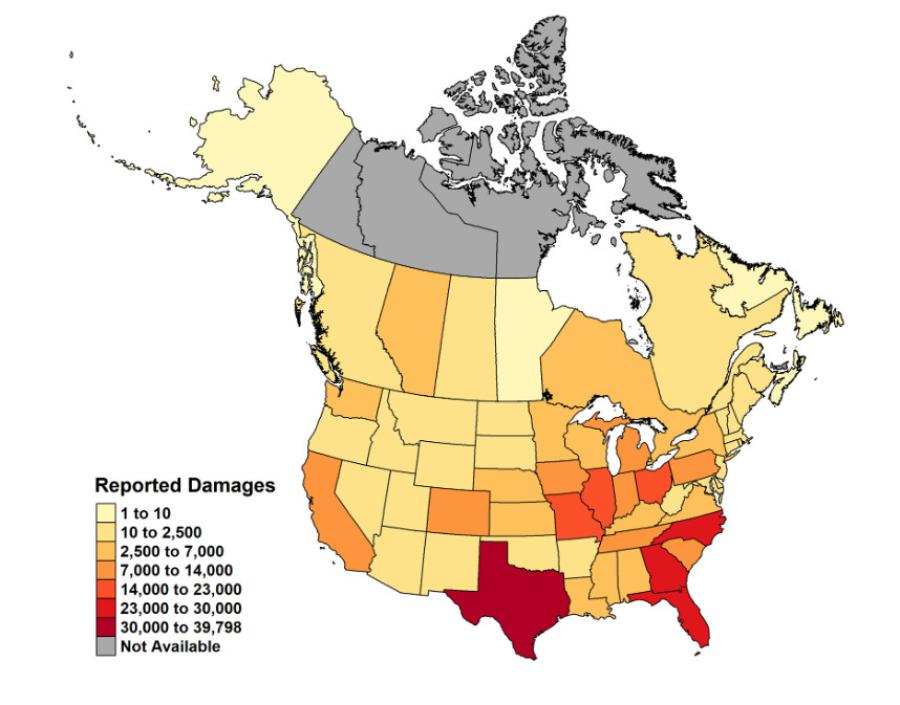 Common Ground Alliance (CGA), the stakeholder-driven organization dedicated to protecting underground utility lines, people who dig near them and their communities, announced its findings from the 2018 Damage Information Reporting Tool (DIRT) Report.

The report, which analyzes all 2018 data submitted anonymously and voluntarily by facility operators, utility locating companies, one call centers, contractors, regulators and others, used a refined statistical modeling process to estimate that 509,000 excavation-related damages to underground facilities occurred in 2018, compared to the 2017 estimate of 439,000 damages.

CGA, working with statistical analysis consultant Green Analytics, also found that damages per 1,000 one call center transmissions (the total number of times a "call before you dig" center notified a member utility of someone's intent to dig) increased slightly from 2017 to 2018, along with a similarly small increase in damages per million dollars of construction spending.

While these increases are noteworthy, it's important to frame them in the context of more than a decade of mostly year-over-year decreases in estimated damages during the past 15 years, dating back to the first DIRT Report in 2004.

Among all damage reports with an identified and known root cause, the top reported root cause category in the 2018 DIRT Report was "excavation issue," which encompasses a variety of reported process problems, including excavating prior to verifying marks by test-hole, excavating with faded or unmaintained utility marks, and excavating with mechanized equipment within a "hand dig" zone, just to name a few.

The 2018 DIRT Report identified the following root cause categories for all reported damages with an identified and known root cause:

For the second consecutive year, the DIRT Report includes analysis of when damages occur, by month and day of the week. These findings are a helpful tool to damage prevention stakeholders who are looking for the most strategic times to share important safety messages with professional excavators and the general digging public. Specifically, the report found the following:

"The key findings in the 2018 DIRT Report serve as important reminders to all damage prevention stakeholders that our hardest work is still ahead of us," said Sarah K. Magruder Lyle, president and CEO of Common Ground Alliance. "Damage prevention stakeholders will continue to be up against familiar challenges — increased construction spending, labor shortages, new infrastructure buildouts for fiber-to-the-premises and 5G technology. The analysis included in the DIRT Report, in conjunction with the use of CGA Best Practices and collaborative efforts to educate on the importance of calling 811 prior to digging, provides stakeholders with the tools needed to make damage prevention programs more effective."

CGA has produced an interactive DIRT Dashboard accessible to the public through its website, allowing users to view and query the data through the lens of a specific element, including on a state level or for specific utility or excavation types. This dashboard features a series of graphs and other visual tools to allow users to identify areas where they can have the biggest positive impact.

"While the DIRT Report provides the most comprehensive data and analysis on underground utility damage, it's only as strong as the data we receive," said Deanna Centurion, co-chair of CGA's Data Reporting and Evaluation Committee and Principal at Cyera Strategies. "We encourage all damage prevention stakeholders to voluntarily submit data for 2019 to help make next year's report even stronger."

The complete DIRT Annual Report for 2018 is available for download at www.commongroundalliance.com, and stakeholders interested in submitting data to the 2019 report or establishing a Virtual Private Dirt account should visit the DIRT site at www.cga-dirt.com.

CGA is a member-driven association of nearly 1,700 individuals, organizations and sponsors in every facet of the underground utility industry. Established in 2000, CGA is committed to saving lives and preventing damage to North American underground infrastructure by promoting effective damage prevention practices. CGA has established itself as the preeminent source of damage prevention data and information in an effort to reduce damages to underground facilities in North America through shared responsibility among all stakeholders.