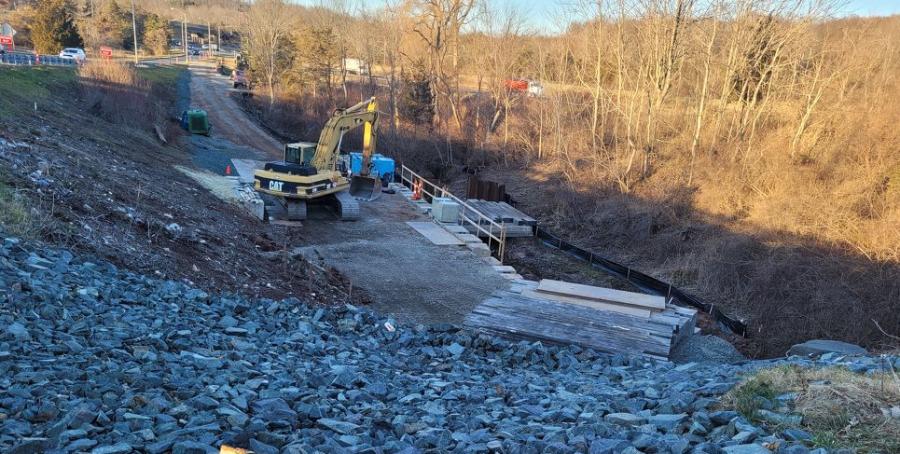 The work being done on Route 9 Southbound is an emergency job that is progressing well.

Hurricane Ida, which dropped more than 6 in. of rain in many parts of Connecticut in early September 2021, caused massive flooding, highway closures and water rescues. It also damaged roadways and a bridge on Route 9 Southbound in Cromwell, which is currently being rehabilitated.

Arborio Construction of Cromwell, Conn., is the contractor. An Emergency Declaration project was signed by Connecticut Department of Transportation Commissioner Joseph Giulietti on Sept. 7 in order to stabilize and repair an existing 84-in. asphalt-coated corrugated metal (ACCM) pipe that was found to be structurally compromised following the storm event.

The excessive rainfall from Ida caused a large sinkhole to develop above the 84-in. ACCM pipe that conveys an unnamed brook under the ramp and across Route 372 in Cromwell, according to a CTDOT report. Further investigation found the culvert to be compromised structurally due to the erosion around the pipe. 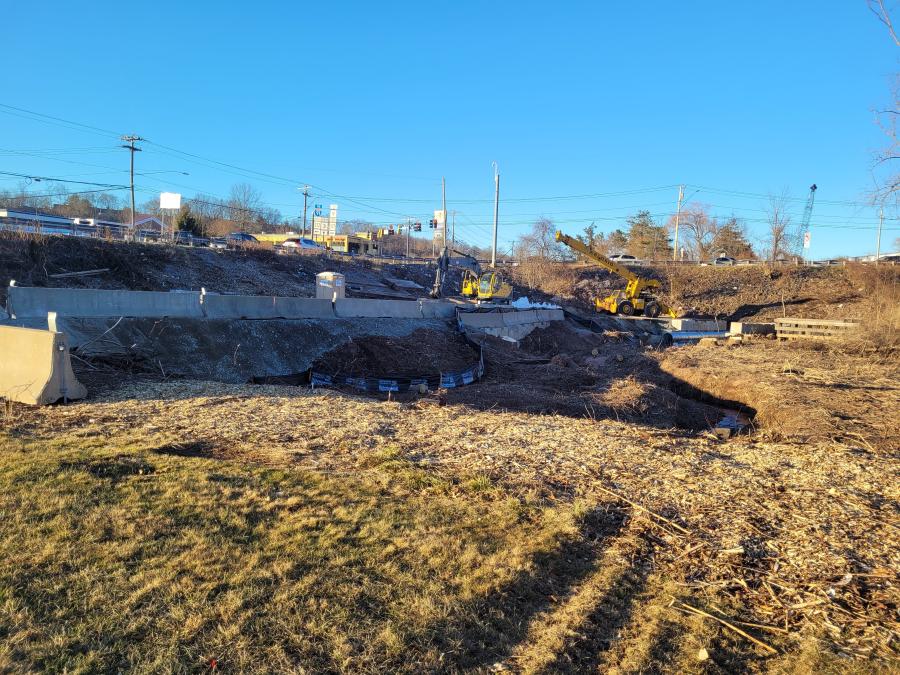 "The work being done on Route 9 Southbound is an emergency job that is progressing well," according to a CTDOT. "We began the work because the road was settling due to an underground pipe failure following Hurricane Ida. Rather than shutting down the entire road, we are pipe jacking, which is pushing the pipe through the ground. So far, we've been prepping the pipe jacking and working on the access roads to get to the pipes. Next, we will excavate for the earth retaining systems on the inlet and outlet sides, pour concrete and do the physical pipe jacking on the site. Then we will move to a ground remediation plan, which is pressure grouting any voids under the existing roadway."

The finalized scope of this project includes the full replacement of the existing 260 linear ft. of the 84-in. ACCM pipe by jacking a new 84-in. reinforced concrete pipe (RCP). New headwalls and compaction grouting also will be installed.

Work began on the project in September and is on track for completion by May 1, according to CTDOT.

President Biden granted a Major Disaster Declaration for the State of Connecticut, releasing federal funds to help residents recover from Hurricane Ida on Oct. 31, 2021. State funds of $4,297,171 will pay for the job, according to CTDOT. The money comes from the Fix it First bridge program that was authorized by the State Bond Commission. CEG