Excavations over the last two years near Wilson’s Arch, which sits at the Western Wall Plaza’s northern end, have inadvertently revealed a long-lost theater 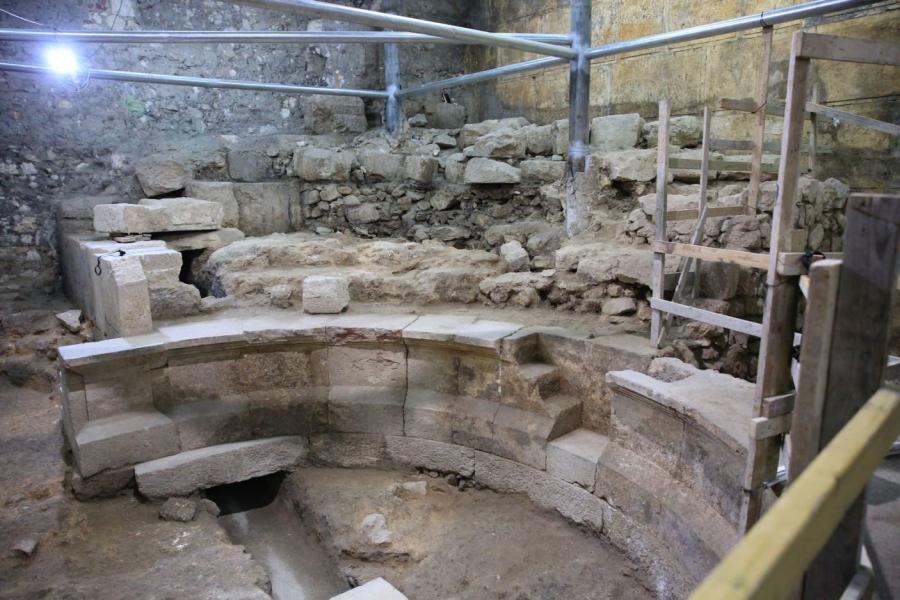 The covered theater is much smaller than most other Roman theaters, and archaeologists think that this particular facility was known to the Romans either as an “odeon,” which would have been used to acoustic performances, or a “bouleuterion,” which was a building where city council members met, Haaretz reported.(Photo Credit: Olivier Fitoussi)

Archaeologists in Jerusalem have found a lost Roman theater, as well as eight additional stone layers of the Western Wall. A recent announcement by the Israel Antiquities Authority revealed that excavations over the last two years near Wilson's Arch, which sits at the Western Wall Plaza's northern end, have inadvertently revealed a long-lost theater, Haaretz reported.

The project's initial goal was to learn more accurately when Wilson's Arch was built. At one time, the Arch served as a support for a bridge that led to the Temple Mount between 530 B.C.E. and 70 C.E. While working, the archaeological team came across the theater.

“From a research perspective, this is a sensational find,” said Dr. Joe Uziel, Tehillah Lieberman and Dr. Avi Solomon, head excavation archaeologists, said in a statement. “The discovery was a real surprise. When we started excavating, our goal was to date Wilson's Arch.  We did not imagine that a window would open for us onto the mystery of Jerusalem's lost theater ... The discovery of the theater-like structure is the real drama.”

The excavation revealed eight new layers of the Western Wall Plaza that no one knew had been there, as well as the foundations of Wilson's Arch, Haaretz reported. Archaeologists expected to uncover a street beneath the Arch's foundations, but instead they found the round Roman theater, including seating for 200, stairs and a stage.

However, archaeologists think the building was never used, due to findings including an unfinished staircase.

“The reasons for this are unknown, but they may have been connected to a significant historical event, perhaps the Bar Kokhba Revolt; construction of the building may have been started, but abandoned when the revolt broke out. Additional evidence of unfinished buildings from this period has been uncovered in the past in the excavations of the Eastern Cardo in the Western Wall Plaza,” the archeologists. said