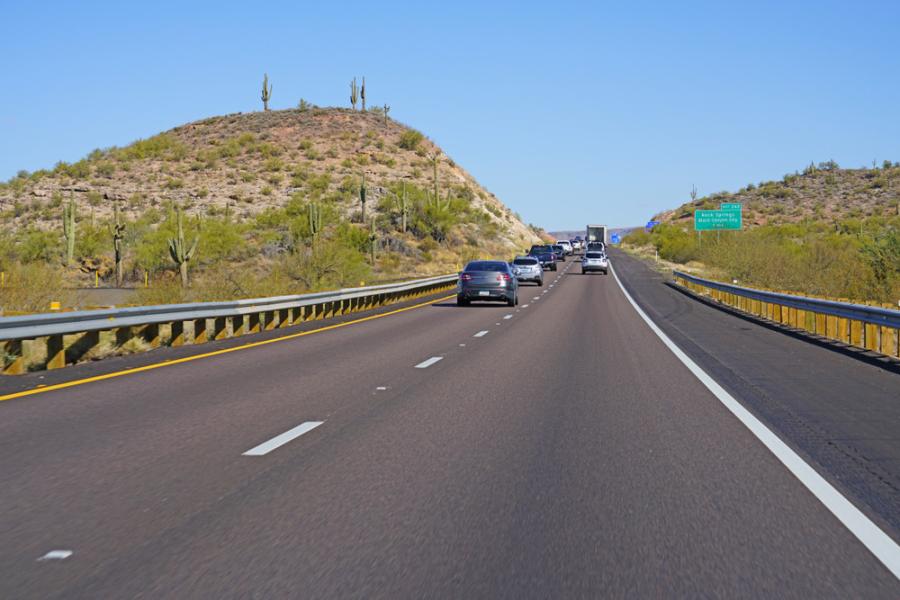 PHOENIX – The Governor's Office and the Arizona Department of Transportation announced that Arizona has won a highly competitive $90 million federal highway grant to help expand and improve Interstate 17 north of Phoenix, including a flex lanes system between Black Canyon City and the Sunset Point Rest Area.

The Infrastructure for Rebuilding America (INFRA) grant, awarded to the Arizona Department of Transportation by the Federal Highway Administration, will be used as part of an estimated $320 million project to add lanes along 23 mi. of I-17 between Anthem Way and Sunset Point. Construction is scheduled to begin by 2021 and be complete in 2023.

"This is exciting news for Arizona and our growing economy," said Gov. Ducey. "Arizona's fiscally conservative, balanced budget made significant investments in our state's infrastructure. This additional funding will expand Interstate 17 in a critical commerce corridor, helping reduce congestion, improve traffic flow and increase public safety. My thanks to the Arizona Department of Transportation and all of our regional and federal partners for their hard work and advocacy on behalf of Arizona."

"This is great news for the entire state and in particular for those living in and traveling to northern Arizona," ADOT Director John Halikowski said. The improvements to I-17 north of Phoenix are one of the state's transportation priorities because that area regularly experiences heavy congestion due to crashes, disabled vehicles and increased weekend traffic.

The state budget recently passed by the Legislature and signed by the governor included an investment of $130 million in state funds to allow full construction of third lanes along the highway between Anthem Way and Black Canyon City as part of the larger I-17 improvement project.

Meanwhile, flex lanes along 8 mi. of I-17 north of Black Canyon City will operate as a separate two-lane facility to carry one direction of traffic at any one time depending on need, with movable gates at end to control access. For example, the flex lanes will carry heavier northbound I-17 traffic on a Friday and southbound traffic on a Sunday. They also could provide extra lanes in one direction if an incident closes the regular I-17 lanes in the area between Black Canyon City and Sunset Point.

"I-17 plays a key role in moving people and products in Arizona and national commerce between regional and international markets, including Mexico," Halikowski said. "There are no reasonable alternative routes when traffic on I-17 is impacted. That's why this is both a state and national priority."

Environmental studies for the I-17 corridor north of Phoenix are scheduled for completion later this year.

According to the U.S. Department of Transportation, this round of the INFRA discretionary grant program is making available between $855 million and $902.5 million for projects that help rebuild America's infrastructure.