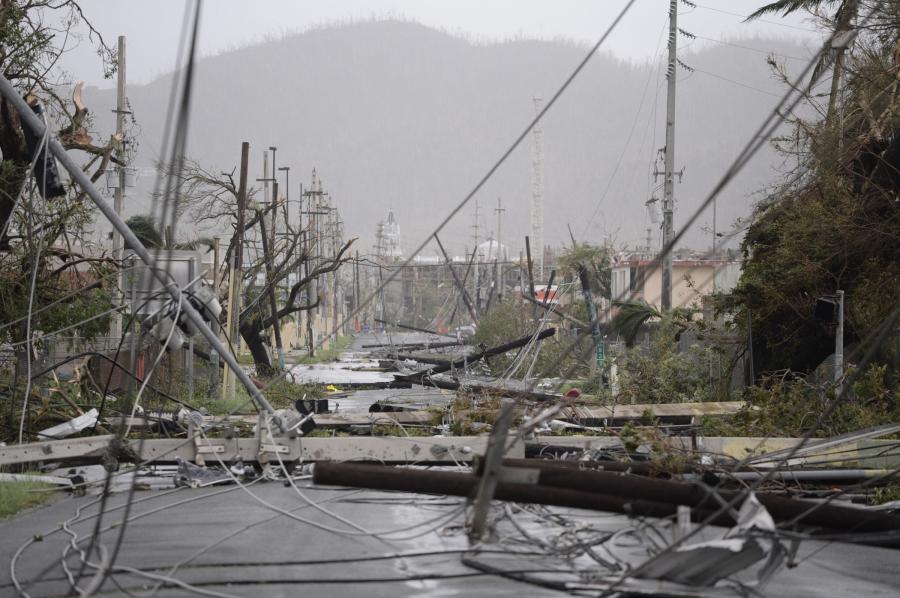 Unified command group and USACE officials reported that less than seven percent of pre-storm customers are still waiting for their electricity to be restored. Power restoration for the final five percent of customers in more remote areas with challenging, mountainous terrain could take until late May.

Six months after Hurricane Maria made landfall, the U.S. Army Corps of Engineers remains committed to safely and urgently restoring reliable power and returning normalcy to the U.S. citizens of Puerto Rico as quickly as possible.

USACE works as part of the unified command group along with the Puerto Rico Electric Power Authority, the Federal Emergency Management Agency and the island's restoration coordinator. The Corps is on track with its contribution to the goal of restoring electricity to 95 percent of pre-storm customers on the island by the end of March.

Puerto Rico's power grid has 2,400 miles of transmission lines across the island and 30,000 miles of distribution lines with 300 sub-stations. Hurricanes Irma and Maria damaged an estimated 80 percent of the grid.

Unified command group and USACE officials reported that less than seven percent of pre-storm customers are still waiting for their electricity to be restored. Power restoration for the final five percent of customers in more remote areas with challenging, mountainous terrain could take until late May.

The Corps is leveraging its resources, alongside the other four restoration contingents, to complete the mission and achieve the paramount objective of restoring power for the citizens of Puerto Rico. Over the next several weeks, industry utilities operating under mutual assistance agreements, the New York contingent, PREPA and PREPA's contractors will all continue to maximize manpower and material against remaining priority lines, in accordance with PREPA's restoration master plan.

The final phase of the mission will be to restore grid power to the remaining five percent of people in the most remote and challenging areas and to build resiliency and redundancy into the grid, with the goal of restoring the system to full operational status.

Since the beginning of the mission assignment, more than 800 USACE personnel and more than 2,500 Corps-contracted line workers have deployed in support of Task Force Power Restoration, which contributed to the nearly 6,000 personnel that have worked to repair the grid.

Today, 2,829 workers remain fully engaged in their efforts to restore normalcy for the people of Puerto Rico through restoration of power. To date, USACE has received 46,185 poles and 3,748 miles of conductor wire. If aligned end to end, that's enough poles to cover the distance from Washington, D.C., to New Haven, Connecticut, and enough wire to stretch from Washington, D.C., to London.

In addition to grid repair, USACE has 900 active generators operating in support of the temporary power mission, and has removed over 689,000 cubic yards of debris on the debris mission assignment -- enough to fill up the Empire State Building more than twice -- and has installed 59,446 blue roofs of the 61,000 approved. Blue roofs are designed to store water, usually rainfall.

The Corps will also continue to be responsible for the requisition and distribution of all power grid restoration materials.

"This phase will primarily be executed by PREPA crews and their contractors," said Army Col. Jason A. Kirk, the commander of Task Force Power Restoration. "USACE will continue to distribute, account for and transfer materials, along with managing the provision of temporary emergency power with small, medium and 'mega' generating units."