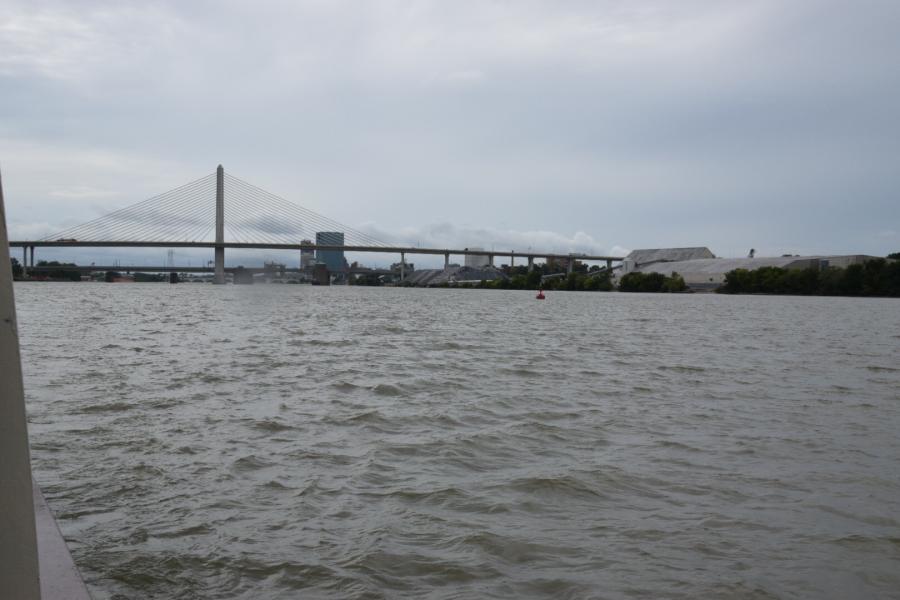 The U.S. Army Corps of Engineers, Buffalo District has awarded a $2.1 million contract to Ryba Marine and Constriction to conduct dredging of the federal navigation channel in Maumee Bay, located along Lake Erie in Toledo Harbor, in the city of Toledo, Lucas County, Ohio.

The U.S. Army Corps of Engineers, Buffalo District has awarded a $2.1 million contract to Ryba Marine and Construction to conduct dredging of the federal navigation channel in Maumee Bay, located along Lake Erie in Toledo Harbor, in the city of Toledo, Lucas County, Ohio.

The contract calls for dredged material to be placed in a contractor furnished location, different from last year's dredging cycle when material was placed at an open lake site.

"I am pleased that the Toledo Harbor will be dredged this fall, which will provide for safe navigation while still protecting the water quality and health of Lake Erie," said U.S. Senator Rob Portman. "Dredging the Toledo Harbor is crucial to supporting thousands of local and regional jobs as well as shipping more than 9 million tons of material per year. "

"Regular dredging of Maumee Bay is absolutely vital to the functioning of our port and our economy," said U.S. Representative Marcy Kaptur. "I am especially pleased that open lake disposal of the dredged materials will not be carried out this year, instead moving to a more environmentally sustainable solution."

"Buffalo District is incredibly proud to serve our nation and the Toledo region in this incredibly vital capacity," said USACE Buffalo District Commander, LTC Eli Adams. "We're also excited to be a part of an incredible partnership with our project sponsors. The hard work of many of our stakeholder has helped the Nation see our dredging efforts in Toledo as a potential source of a valuable commodity which might serve a number of beneficial uses. We look forward to continued collaboration on dredging across the state of Ohio to not only secure navigation and commerce but also ensure the environmental health of beautiful places like Maumee Bay and Lake Erie."

"The Toledo Harbor is a critical part of Ohio's economy, supporting thousands of jobs in agriculture and manufacturing," said Gov. Mike DeWine. "Maintaining the harbor requires the Army Corps of Engineers to annually remove one million tons of sediment from the navigational channel, and finding an alternative location for the sediment required extensive collaboration between Ohio, the Corps, and the Toledo-Lucas County Port Authority."

"The Toledo-Lucas County Port Authority is happy to report that through the collaborative efforts and financial support of state, federal and local stakeholders, that we will be ready to accept all the dredge material into the upland placement facility in 2020 and no material will be placed into the open waters of Lake Erie. The Port Authority continues the efforts to pursue beneficial uses for dredged material and we are excited about the prospects for using this material in a wide range of applications including agricultural field enhancement projects," said Vice President of Business Development Joseph Cappel.

The Maumee Bay contract was awarded on July 1, 2020, with dredging anticipated to commence in September. Maumee Bay dredging will take place from the Maumee River mouth, extending out into the Maumee Bay navigation channel, and will result in the removal of approximately 400,000 cu. yd. of material.

Toledo Harbor is a deep draft commercial harbor that shipped and received more than 9.5 million tons of material in 2019, through its interconnectivity with 37 commercial ports. It generates approximately $375 million in business revenue annually, and supports about 7,000 direct, indirect, and induced jobs that produce more than $500 million per year in personal income for transportation-related industries.

The Buffalo District delivers world class engineering solutions to the Great Lakes Region, the Army and the Nation in order to ensure national security, environmental sustainability, water resource management and emergency assistance during peace and war.