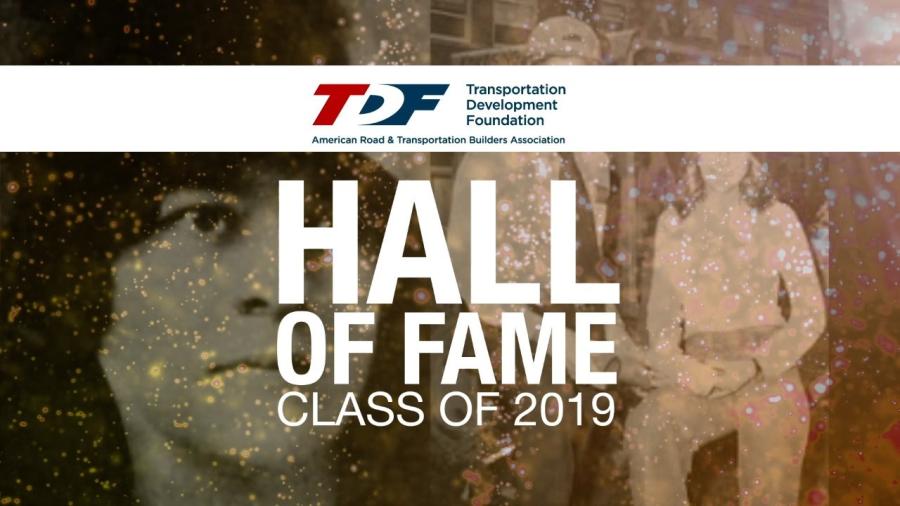 Launched in 2010, the Hall "honors individuals or families from the public and private sectors who have made extraordinary contributions to U.S. transportation development during their careers." Nominees are considered in two categories:

Fred Fehsenfeld Sr., used his mechanical engineering degree from Purdue University to begin his career at Rock Island Refining as a process engineer. Ever the problem solver and innovator, Fehsenfeld went to the library and taught himself how to manufacture asphalt, building an asphalt facility in 1960 that still operates today. With his entrepreneurial spirit, he led the transformation of the original company, Crystal Flash Petroleum, from 100 employees operating gas stations and home heating oil sales in Indiana and Michigan into what has evolved into The Heritage Group, a 6,500-employee company with operations across North America, Europe and China.

Throughout his entire life, Fehsenfeld had a passion for brainstorming ways to improve the U.S. economy. His "Critical Commerce Corridors" initiative is aimed at adding new capacity to America's transportation network to help significantly improve the safe and efficient movement of goods. It's a concept that was brought to life as the National Highway Freight Network in the 2012 and 2015 federal surface transportation laws.

A member of the "greatest generation," Fehsenfeld enlisted in the U.S. Army Air Corps on his 18th birthday during World War II. He was assigned to the 354th Pioneer Mustang Fighter Group in France. He flew 89 missions in Europe and was awarded the Air Medal with three silver clusters and a silver star. He also led his 353rd fighter squadron on the last official flight in the European Theater of Operations.

His many contributions to Purdue University included establishing the Fehsenfeld Family Head of Environmental & Ecological Engineering and Purdue Energy Fund.

Called the "dean of transportation lobbyists" by a leading Capitol Hill publication, T. Peter Ruane led the American Road & Transportation Builders Association (ARTBA) for 30 years, until his November 2018 retirement. He was the longest-tenured chief executive in the association's 117-year history.

Ruane was a fixture in federal transportation investment policy and politics in the Nation's Capital, regularly testifying at congressional hearings and providing counsel to administrations from both political parties. When Ruane joined ARTBA in 1988, the total annual federal investment in the U.S. highway and transit programs was $16 billion. At the time of his retirement, it was about $60 billion annually.

Another key Ruane leadership initiative included the 1990 creation of the association's eighth permanent membership division — Public-Private Partnerships in Transportation — to help develop and move federal legislation that would foster private investment in transportation projects to supplement public funding. ARTBA played a key role in opening this door in the 1995 highway bill which allowed, for the first time, states to be reimbursed with federal funds for bond principal, interest costs and insurance on Title 23 projects.

In the mid-1920s, Ethel A. Birchland was the only woman highway official in the world, as commissioner of public works in Westport, Connecticut, becoming a pioneer in the road building community.

She was elected American Road Builders Association secretary in 1923, a position she held until 1929. Birchland helped lead the industry during the growth of a national road building program following several Federal-Aid Road Acts in the 1920s.

During her tenure, ARBA, as the association was then known, created seven divisions and experienced significant growth in the annual "Road Show" equipment exposition, the forerunner to today's ConExpo-Con/AGG. She also played a key role in the relocation of the association from New York City to Washington, D.C., a move aimed at strengthening its policy voice before Congress, the White House and federal agencies.

A visionary leader, Bill Burgett, a farm boy with humble beginnings, founded Kokosing Construction Co. in Fredericktown, Ohio, in 1951. Odd jobs, including building and remodeling houses, barns, churches and schools turned to small commercial projects and the company grew exponentially. He served Kokosing in a variety of roles including as president and chairman, for more than 55 years. Today, the Kokosing companies, one of the nation's largest heavy highway contractors, include Olen, Kokosing Materials, Kokosing Industrial, McGraw/Kokosing, Corman-Kokosing and Integrity Kokosing. The combined entities have 3,000 employees and $1 billion in annual revenue.

Burgett was an outstanding volunteer leader in construction groups. He was a president of the Ohio Contractors Association (OCA) and the National Utility Contractors Association, past director of the Ohio Operating Engineers Apprenticeship Fund and ARTBA. As chair of Flexible Pavements of Ohio, he established a fund that has awarded more than 400 scholarships to students studying civil engineering. As a transportation investment champion, he was well-recognized and thoughtful voice before lawmakers in Columbus and Washington, D.C.

The second and third generations of Burgett's family inherited his tenacity for perfection and integrity, values that remain company bedrocks. Throughout his life, Burgett gave back to the community, as evidenced by many state and local community church, school and library projects.

Read more about all of the Hall of Fame classes on the ARTBA Foundation website.