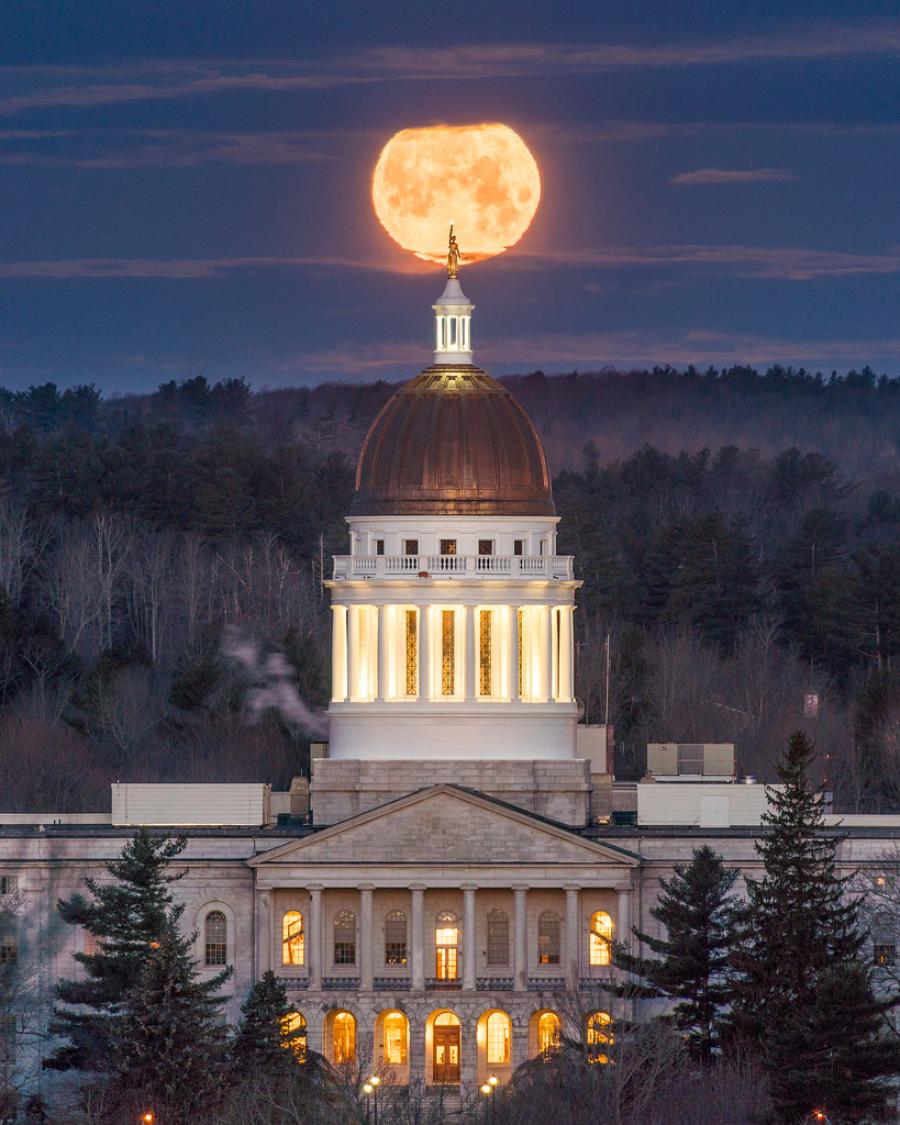 Artists have a chance to create a work of art from the century-old copper that once covered Maine's Statehouse dome.

The original copper dates to 1910. Construction of the Statehouse in Augusta itself commenced in 1829.

Workers removed the distressed, aging copper sheathing in the fall of 2015 and installed a new copper roof.

The deadline for proposals is Wednesday.

The Maine Arts Commission says the artwork it commissions will be installed at the Maine Statehouse. Such a piece could reflect values such as Maine's reputation for self-effacing competency, independence, moderation and resilience.

The project has a $12,000 budget and selected artists will receive up to 1,000 square feet of the original copper roofing sheets.—AP