The U.S. Justice Department, however, denies any connection between the legal notice and the possibility of a future border wall. 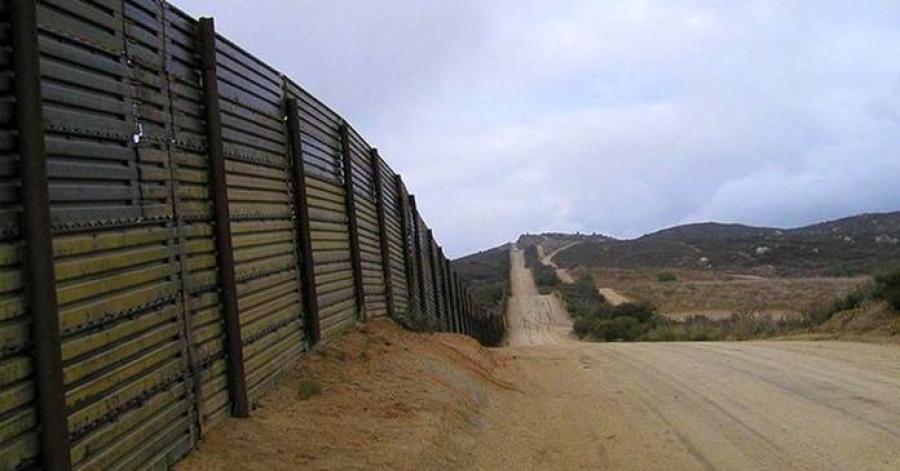 Government lawyers are renewing efforts to settle about 90 cases against Texas landowners whose land was seized to build a fence along parts of the U.S.-Mexico border (The Pacific Tribune photo)

HOUSTON (AP) Government lawyers are renewing efforts to settle about 90 cases against Texas landowners whose land was seized to build a fence along parts of the U.S.-Mexico border, in a move that one lawyer for landowners believes is a lead-up to a fight over a border wall proposed by President Donald Trump.

A 16-page legal notice that appeared June 7 as a special section in the Brownsville Herald, the newspaper serving Texas' southernmost border city, saying hundreds of landowners had several weeks left to contest how much the government should pay for their land.

It resembled the routine legal filings that are published regularly in newspapers — except it involved land that the Trump administration might use to build a border wall.

The U.S. Justice Department denies any connection between the legal notice and the possibility of a future border wall. Congress has so far refused to fund new construction, but a wall like the one Trump has promised would likely require hundreds of new court cases to seize private land.

Efren Olivares, a lawyer with the Texas Civil Rights Project who is organizing landowners along the border to fight any wall construction, said the notice was the latest “ramping up of activity” on cases that had long been dormant. In Roma, a border town about 100 miles northwest of Brownsville, at least two landowners have been visited recently by lawyers who want to wrap up their land cases, Olivares said. No fence was built in Roma, though residents there are worried that the government may now be returning.

“This is a precursor for them to take more land for the border wall,” Olivares said Thursday.

Congress in 2006 passed the Secure Fence Act with support from both Republicans and Democrats. About 700 miles (1,130 kilometers) of fencing were eventually installed, covering about one-third of the southern U.S. border. Just 100 miles (160 kilometers) were built in Texas, where private land ownership and rougher terrain complicated the task.

But most migrants crossing from Mexico into the United States without legal permission enter through the Rio Grande Valley, the stretch of farms and cities at the bottom of Texas. Even with a sharp downturn in border arrests this year, thousands of people still enter through the Valley monthly. Segments of border fence run in some cases through backyards and farms in Brownsville.

The case of Sylvia Bourque, whose name is listed on the notice published in the newspaper, is an example of the complexity of the task facing the government if it proceeds with the wall.

The government is offering $8,300 for slightly more than half an acre (2,000 square meters) near the Rio Grande, the river separating Texas and Mexico. But Bourque told The Associated Press that she could be one of many heirs. She said her aunt and her mother were two of around a dozen siblings, with an untold number of children with an interest in the small plot of land.

“I wouldn't even try to count,” she said.

Following the 2006 law, building the fence required the Justice Department to open hundreds of cases against landowners. In many cases, the government received permission from U.S. District Judge Andrew Hanen, who has overseen lawsuits related to the fence for a decade, to build before settling how much it would pay for the land underneath. A Justice Department spokesman said this week that Hanen had asked lawyers to resolve the remaining cases. Hanen did not return a message seeking comment.

If no one comes forward, the U.S. government would hold onto the amount of money it valued for each property until someone files a successful claim.

“It could simply be trying to wrap up loose ends,” said Matthew Festa, an eminent domain expert and a professor at the South Texas College of Law Houston. “Now the political winds shift. Either way, you don't want these cases to hang on forever with the property rights in doubt.”