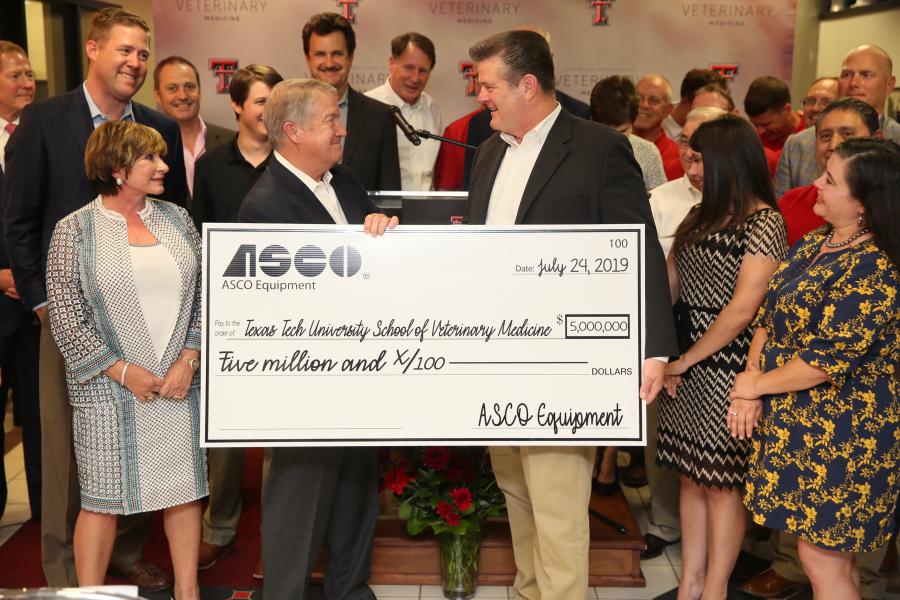 Texas Tech University continues to move forward with its plans to open the first veterinary school in Texas in more than a century, and local businesses continue to recognize the importance of this initiative.

The state's need for veterinarians, especially those that specialize in food animals in rural areas, is great and outpaces what any single institution can provide. According to TTU, in 2017, almost 600 students applied to the state's existing veterinary school, yet only 142 were accepted and enrolled. More Texans were leaving the state to study elsewhere due to limited space issues.

With decades of population growth, demand for veterinary medical education exceeds the capacity of the sole Texas institution many times over. 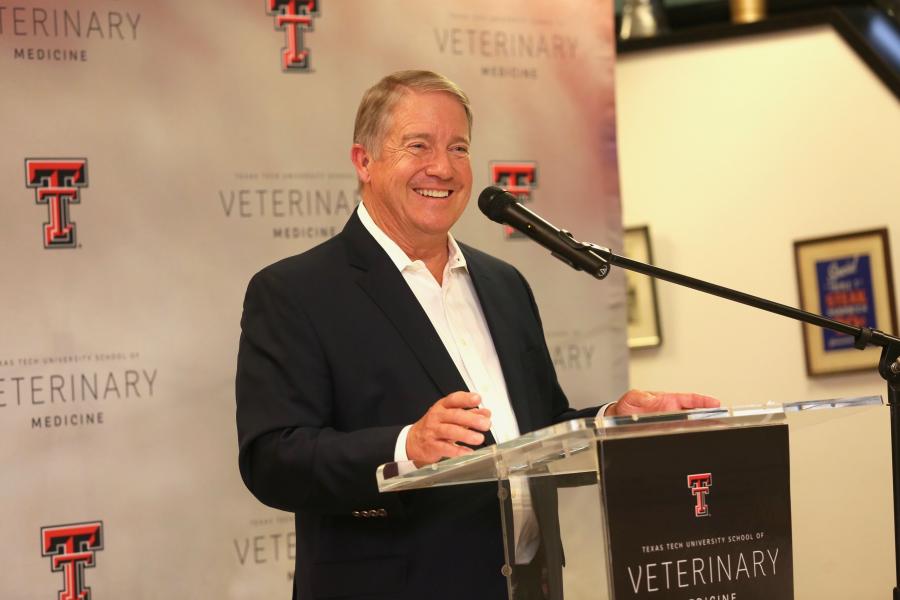 "This is about the need for a veterinary school for large animals in West Texas that was long past due," said ASCO President Steve Wright. "We are supporting the Texas Panhandle dairies, feed yards and swine industries in need of veterinarians who want to work in rural communities. More than 95 percent of beef on the Texas market comes from the Panhandle and nearly 70 percent of Texas' milk production is in the Panhandle. There is great demand for Veterinarians to keep these herds healthy and a new vet school addresses the current shortage."

On July 24, ASCO joined the host of other donors who are helping see this vision come to fruition.

"ASCO joins the list of exceptional donors committed to the School of Veterinary Medicine, and we are grateful for the long-standing relationship Texas Tech University and ASCO have had over many years," Schovanec said. "The philanthropy of our donors has created new opportunities for the next generation of veterinarians, including those vital to the large-animal industries that drive regional and state economies."

ASCO recognizes the role the School of Veterinary Medicine will play in ensuring the health of the industry through its efforts to improve veterinary care across the country. The company became the latest trailblazing donor for the veterinary school effort through a gift of $5 million, which is an example of ASCO's commitment to give back to the communities it serves.

"The Texas Tech School of Veterinary Medicine is one of the university's greatest achievements," said Wright. "The Wright family and ASCO Equipment are honored to be a part of its beginning and look forward to watching the contributions it brings to Amarillo and the surrounding areas."

ASCO was founded in Lubbock in 1960 by J.W. "Bill" Wright as a Towmotor lift truck and U.S. Army surplus equipment store. Caterpillar Tractor Company bought Towmotor and later added Volvo after purchasing the Clark Michigan dealership. The company, which has 23 locations throughout Texas and New Mexico, features new and used heavy equipment sales, service, parts and rentals and is the oldest single-family-owned material machinery and construction equipment dealer in West Texas.

ASCO's gift supports construction and development of the future School of Veterinary Medicine and student scholarships, and will help revolutionize veterinary services throughout Texas' agricultural communities. Empowered by generosity, the school is designed to fulfill a growing need in these communities by shaping the future of veterinary education and enriching the state's agricultural heritage. 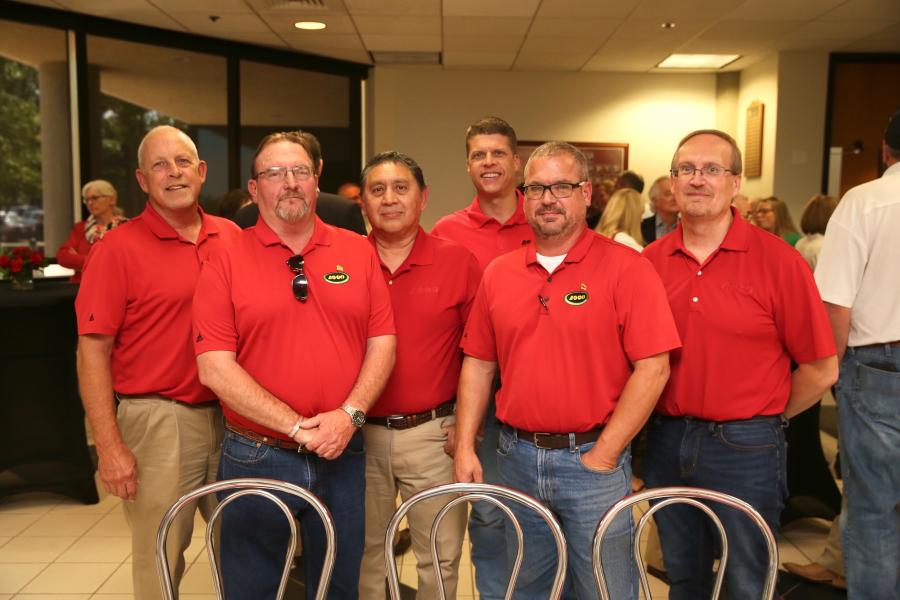 ASCO is the latest of a group of individuals and businesses that has stepped up to support Texas Tech's vision of implementing a planned School of Veterinary Medicine in Amarillo. The company joins Jerry and Margaret Hodge, The Don and Sybil Harrington Foundation, Amarillo National Bank, Caviness Beef Packers, Happy State Bank, Cactus Feeders, United Supermarkets and other philanthropic leaders, along with the Amarillo Economic Development Corporation, that have recognized the need for and are supporting the establishment of the School of Veterinary Medicine. The school is designed to address the need for more large-animal veterinarians in Texas in a cost-effective and innovative manner.

"For nearly 60 years, the ASCO family has powered the communities and industries vital to West Texas, and beyond, through its successful agriculture and construction equipment business," Mitchell said. "Their unwavering commitment to serving this region is epitomized by their generous commitment to philanthropy. The Wrights and Keys have long been supporters of Texas Tech University and Texas Tech University Health Sciences Center, and we are tremendously thankful for their recent generosity as a trailblazing donor, helping bring our historic vision for a veterinary school in Amarillo to reality."

Just under a year ago, the Texas Tech University System's Board of Regents advanced the university's plans to establish a veterinary school by approving the new school, its degree plan and funding for preliminary designs for the school.

More than $90 million has been raised in non-state funds for the project. In May, Texas Tech's appropriation request of $17.35 million was approved by the Texas Legislature and signed into law by Gov. Abbott.

The school is designed to enroll 60 students per year for a desired enrollment of 240 students for the four-year program. The school also would potentially serve 150 to 200 graduate students who are seeking a doctorate in veterinary medicine, as well as an academic staff of 90.

"The primary goal of the new vet school is to train veterinarians that service small, agricultural and regional communities across Texas and expand access of affordable education for Texans," said Wright. "An ASCO core value is to give back to the communities we live and work in. I can think of no better investment than this school and the students that will be attending it."