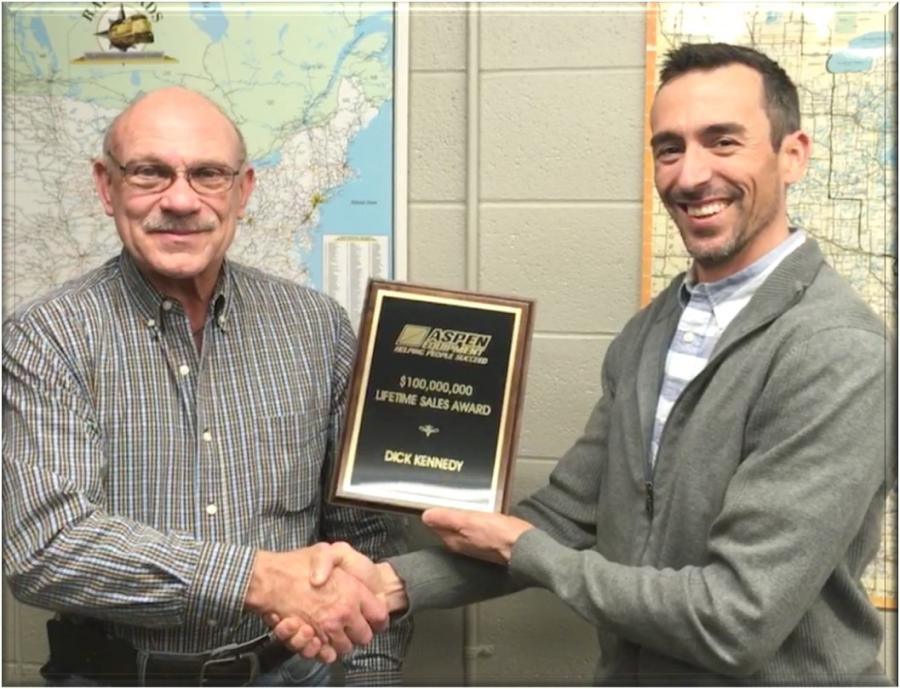 Aspen Equipment announced that Dick Kennedy, director of sales, has retired. Jed Fischbach will step into the role effective January 2021.

Kennedy celebrates more than four decades at Aspen Equipment, and is the company's longest serving employee. He entered this industry in 1979 as a territory manager with RMS (Road Machinery & Supplies). When Aspen Equipment emerged from RMS in 1994 as a separate entity, Kennedy stayed with the new company, transitioning to sales manager in 1986, and director of sales — special accounts in 1997.

Throughout his career, Kennedy has achieved the title of Top Salesman 12 times. His long tenure has enabled him to build Aspen Equipment's relationships with manufacturers and customers around the country.

Jed Fischbach, Aspen's territory manager, said that Kennedy's most memorable trait is his "ability to maintain relationships with customers and to remember something about each and [every one] of them." His retirement is "well-deserved."

Though he's traveled an estimated 2.6 million miles and touched 40 of the lower 48 states in his position as sales manager, Kennedy plans to log some more miles in his retirement hiking and fishing. Reflecting on his career, Kennedy said that it's "been a wonderful experience that has afforded me many valuable opportunities to learn and grow. I am very grateful to have been part of this company."