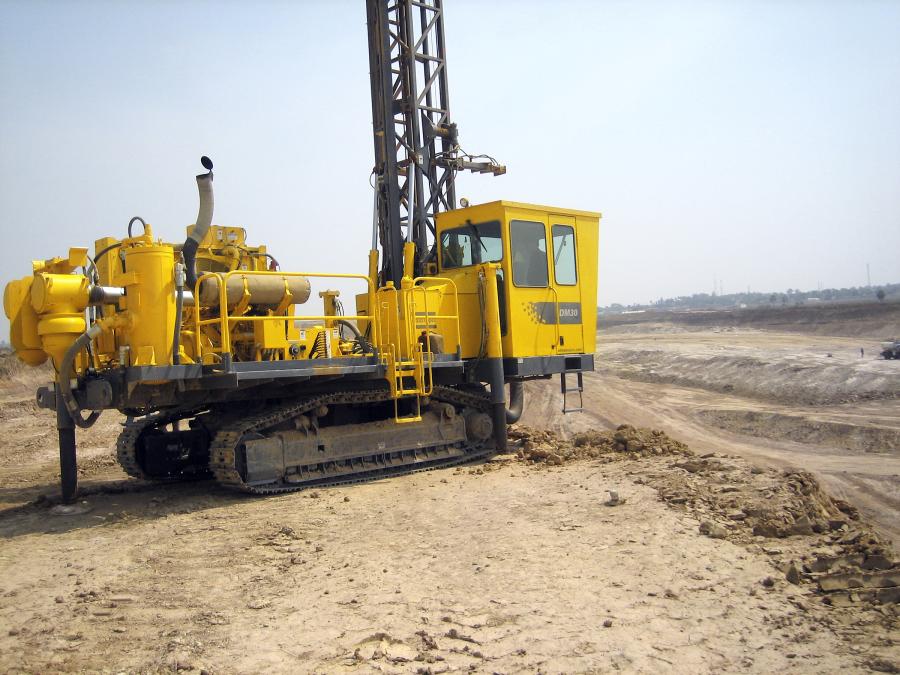 The DM30 II is ideal for the large quarry market, filling the gap between some larger and smaller drill rigs in the Atlas Copco range.

Modeled after the DM45 and DML, the DM30 II is also similar to the DM30, which has more than 30 years of safe, efficient, high-production blasthole drilling.

Todd Courtney, U.S. Business Line Manager of blasthole drills, said, “The DM30 II has a U.S. design with excellent quality. The controls are most like the DM45, and operators have responded well to it. Our sales team has also said they are pleased to offer it, and they were excited to show it at some demonstrations across the country.”

The DM30 II is ideal for the large quarry market, filling the gap between some larger and smaller drill rigs in the Atlas Copco range. The Atlas Copco DM30 II features a 30-foot drill pipe changer and a standard 4-rod carousel. With a starter rod under the rotary head, the DM30 II has a total depth capacity of 145 feet.

Marketing Manager for Atlas Copco Drilling Solutions Mark Stewart said, “The feedback we've received has been positive in the U.S., where the DM30 has been used in quarries and even for large construction projects. Support, preventative maintenance and parts are all handled in the U.S. and that has been a positive note about the DM30 rig's introduction here.”