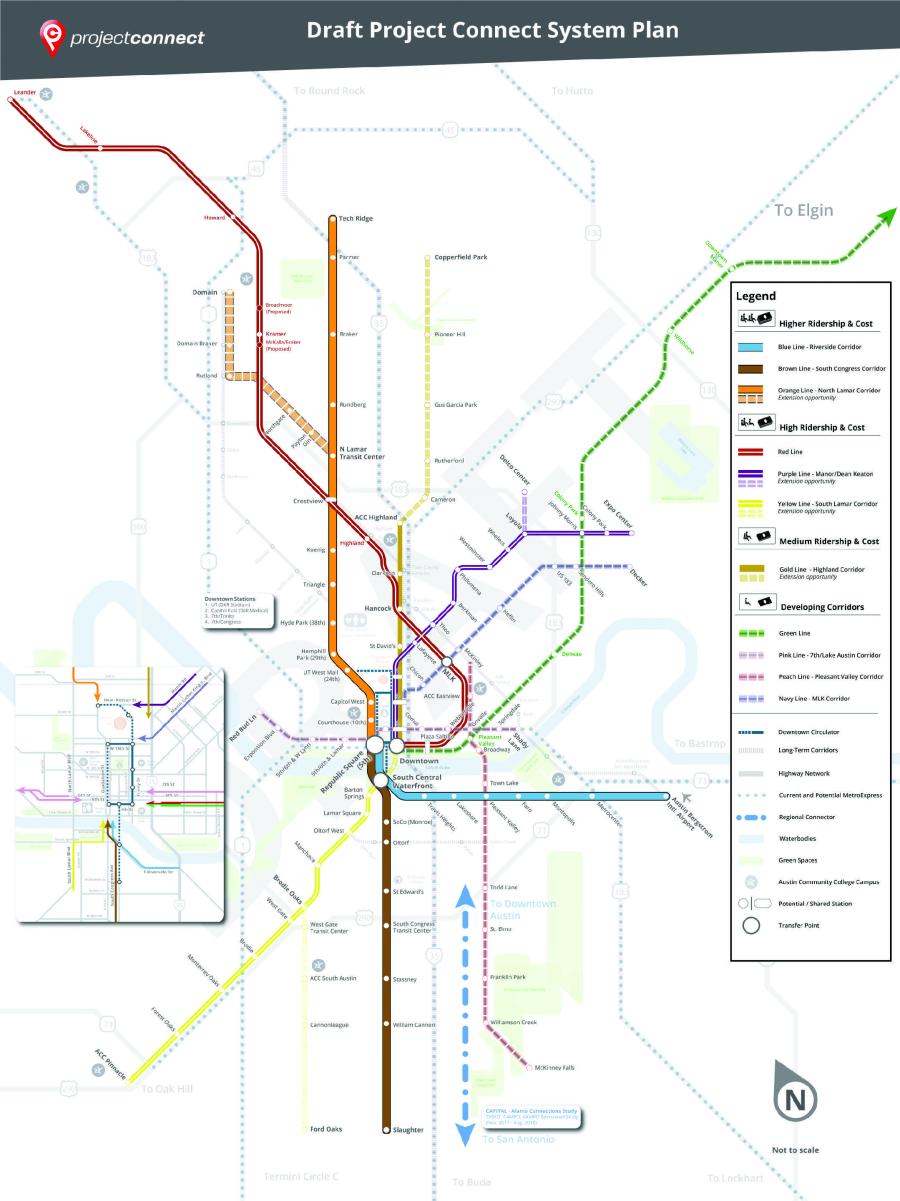 Capital Metro, along with regional, city and state partners, has been working to do something about that. They call it Project Connect.

For some time, Austin, Texas, has been ranked as one of the more popular cities in the United States, consistently showing up on Top 10 lists of best places to live, play and work in. But if its current traffic problems aren't addressed, its success could be its downfall.

“Austin has one interstate,” said Todd Hemingson, executive director and vice president of planning for the Capital Metropolitan Transportation Authority. “And it's clogged 24/7. People say, 'We don't leave the house between 4 p.m. and 6 p.m.' If you live in the 'burbs, that makes it more difficult.”

But Capital Metro, along with regional, city and state partners, has been working to do something about that. They call it Project Connect.

“It is a vision for the future that is looking to do a whole lot of things with the overarching focus of improving the quality of life and livability in central Texas,” Hemingson said.

“The single largest factor is that we've consistently been one of the faster, if not the fastest growing, metro areas in the U.S. for more than a decade. We've consistently seen that there is no way that the traditional approach to accommodate more and more automobiles is working.

“We can't continue to be the economically sustainable city we've been if we don't do something different. There are affordability issues. People getting priced out of the city. They are forced to move farther out from the urban core. This takes them away from public transit and increases their transportation costs.

“There are issues of equity, concern about the haves and the have nots. People see an important role for public transportation. It's a very cost-effective way for people to move about.”

Just how bad is traffic in the central Texas area?

According to a Project Connect video:

Project Connect has identified numerous possible improvements to be implemented over the coming decades years at an estimated cost of $6 to 8 billion.

“As we talk about plans, we point out that it's a multi-generation investment,” Hemingson said. “We're not saying we need that much money in 2020. It's phased in over 15-20 years. If you look at other cities that we are in economic competition with, Seattle being one of them, they recently approved $54 billion for transit. L.A. approved more than $100 billion. We have big problems and we need big solutions.”

“The biggest single component would be 11 new high capacity transit corridors,” Hemingson said. “Most of those we already run some sort of service in today, but it would be upgrading to transit in designated right-of-ways. That's one of the most important features of the entire plan.

“We believe to make transit useful, convenient and attractive we need to get public transit vehicles out of traffic. We need to get them out of traffic and not stuck so people will use public transit and more people will switch over. We want to dramatically expand those so each of these 11 corridors would have designated right-of-ways. They have their space where they can move without delays. Bus lanes, light rail in some cases, is a possibility. We will look at where right- of-way is so constrained, we might look might look above or below.”

One improvement already under way is a major overhaul of the bus system. That will hopefully increase the numbers of riders using the buses, Hemingson said.

“Unlike many other transit systems in the country, we are having challenges with our ridership. Not enough people take public transit. One of our big challenges is subsidized or completely paid parking. We tell developers if you are going to build tons of free parking, people are going to drive.”

The Project Connect effort has sought public involvement from the beginning. That involvement has helped shape the plan, ensured that it was inclusive and a solid plan the public would support, Hemingson said.

“The question is how are we going to fund it? It's a comprehensive approach — make it easier to walk, bike, share a ride and use transit. We tried to cater to the automobile but it's not working anymore. We really have to do something different. We're trying to build the support that ultimately seek the funding to make that happen.”