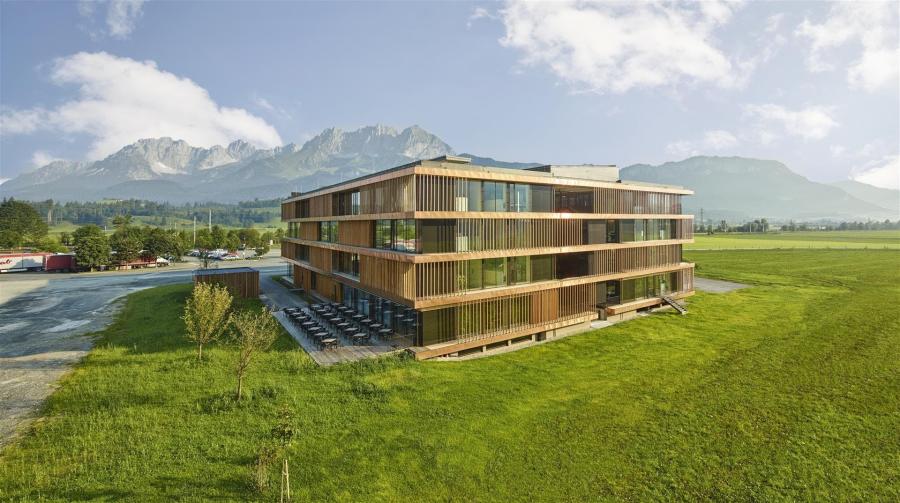 Egger Wood Products is based in Austria (headquarters seen here) and will be building $700-million North American headquarters in Linwood, N.C.

Egger Wood Products is close to starting work on its $700-million North American headquarters at the Davidson County-owned I-85 Corporate Center, 53 miles northeast of Charlotte, near Linwood, N.C.

The company expects to start construction on its manufacturing plant by the end of 2018 and on its particleboard facility in 2020.

Gov. Roy Cooper's office said the Egger's development plans include creating 770 jobs over the next 15 years with a proposed $700 million investment. The first phase, creating 400 jobs, will happen over the next six years, and an additional 370 jobs are planned for later phases of the project.

The facility in North Carolina will be a state-of the-art particleboard manufacturing plant and the company's first U.S. manufacturing operation, state officials said. Egger Wood Products is based in Austria. The facility will contribute to the regional economy by purchasing wood byproducts from sawmills and working with a range of local suppliers for additional services.

Egger's expansion in Davidson County will be facilitated, in part, by a Job Development Investment Grant (JDIG) approved by the state's Economic Investment Committee.

Over the course of the 12-year term of this grant, the project will grow the state's economy by an estimated $1 billion, according to areadevelopment.com. Using a formula that takes into account the new tax revenues generated by the new jobs, the grant agreement authorizes the potential reimbursement to the company of up to $5.3 million, spread over 12 years.

State payments only occur following performance verification by N.C. Commerce and N.C. Revenue that the company has met its incremental job creation and investment targets, areadevelopment.com reported. The JDIG projects result in positive net tax revenue to the state treasury, even after taking into consideration the grant's reimbursement payments to a given company.

The project also was made possible by a performance-based grant from the One North Carolina fund of up to $2.5 million. The One NC Fund provides financial assistance, through local governments, to attract business projects that will stimulate economic activity and create new jobs in the state. Companies receive no money up front and must meet job creation and investment performance standards to qualify for grant funds. One NC grants also require and are contingent on financial matches from local governments, according to areadevelopment.com.