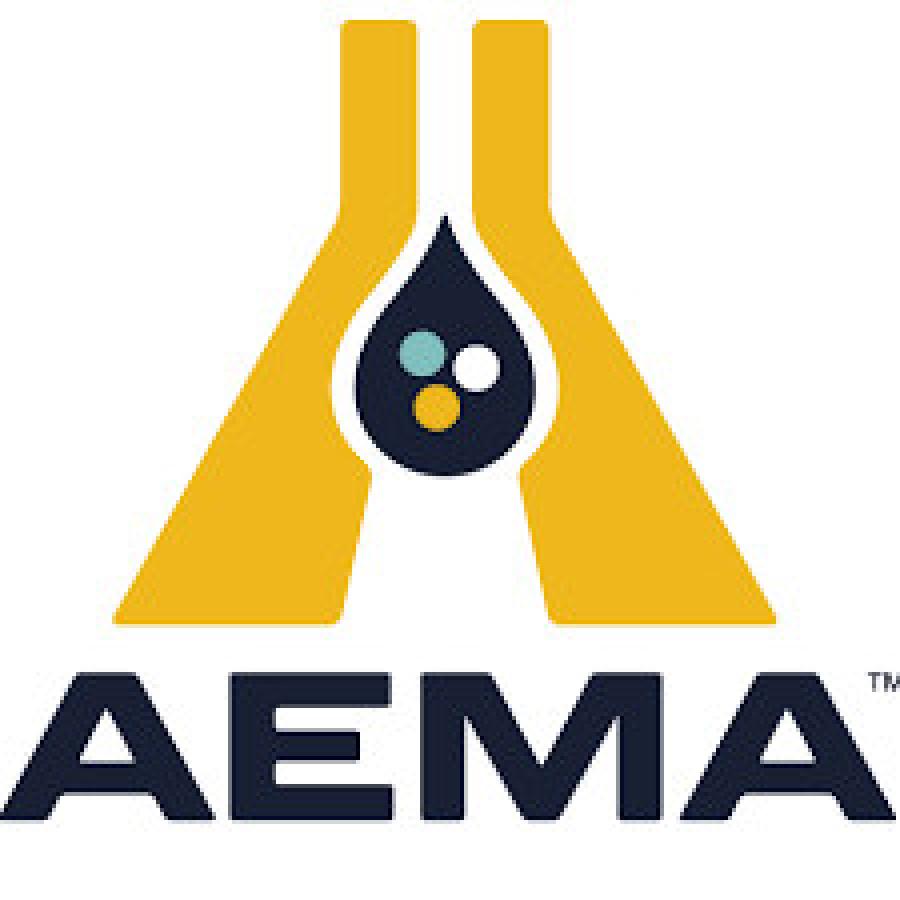 Various awards and appointments were announced at the 46th Annual Meeting of the Asphalt Emulsion Manufacturers Association (AEMA), February 18-21, 2019 in Cancun, Mexico. Here's the rundown:

Dr. Andrew F. Braham was awarded the 2019 AEMA President's Award for his contribution to AEMA, including his work to develop three certificate courses and his leadership of the AEMA Young Members Committee.

AEMA President Mark Ishee said Braham was exceptional in that he not only came up with ideas, but he also took the ideas from conceptualization to reality, and provided leadership and guidance.

The plaque presented to Braham read: "In recognition of his visionary efforts to foster, lead, support, sustain and promote educational products and processes for the betterment of the asphalt emulsion industry at large, and in appreciation of his ongoing work within AEMA related to the conceptualization and execution of programs which increase the value of association membership and provide significant enhancements to the development of future leadership."

AEMA Past President Neil I. Guiles was honored for his lengthy and considerable service to the asphalt emulsion industry and to AEMA when he was inducted into the AEMA Hall of Fame.

AEMA's Hall of Fame Award is given to a person who has made a substantial contribution over a long period of time to the development of AEMA or the advancement of the emulsion industry.

Some of Guiles' notable contributions to and achievements in the industry include:

In addition, Guiles has served multiple times as a board member and past president of both the Liquid Asphalt Distributors Association of New York (LADA of NY) and the Pennsylvania Association of Asphalt Materials Applicators (PAAMA).

His son Justin, CEO of Vestal Asphalt, Inc., nominated him for the Hall of Fame and spoke to Neil's contributions during the recognition dinner.

The Rankin County, Miss., Road Department; TL Wallace Construction; and Ergon Asphalt & Emulsions, Inc. were awarded the 2019 AEMA Past President's Award for Emulsion Excellence for the Rankin County 2018 Pavement Preservation Program. This award is presented in recognition of a specific project utilizing asphalt emulsions completed in the past calendar year and is awarded to the agency, the contractor, and the emulsion manufacturer of the winning entry.

Rankin County Road Department, within just a two-year period, went from using hot mix and some chip seal to using almost every tool in the pavement preservation toolbox, greatly enhancing their ability to keep their good roads good. They have also served as a resource to other Mississippi counties, enabling even more roads to be properly maintained.

About the Asphalt Emulsion Manufacturers Association

The Asphalt Emulsion Manufacturers Association (AEMA), founded in 1973, is an international non-profit trade association of asphalt emulsion producers and sellers, suppliers, users, research personnel, public officials, consulting engineers, and contractors working together to promote the increased and more efficient use of asphalt emulsions.

AEMA is a founding member of the Pavement Preservation & Recycling Alliance along with the Asphalt Recycling & Reclaiming Association and the International Slurry Surfacing Association. PPRA is a partnership of leading industry associations (AEMA, ARRA, ISSA) to advance sustainable, eco efficient, and innovative pavement applications.