Bacteria — the Solution to Salt Damage on Concrete Roads? 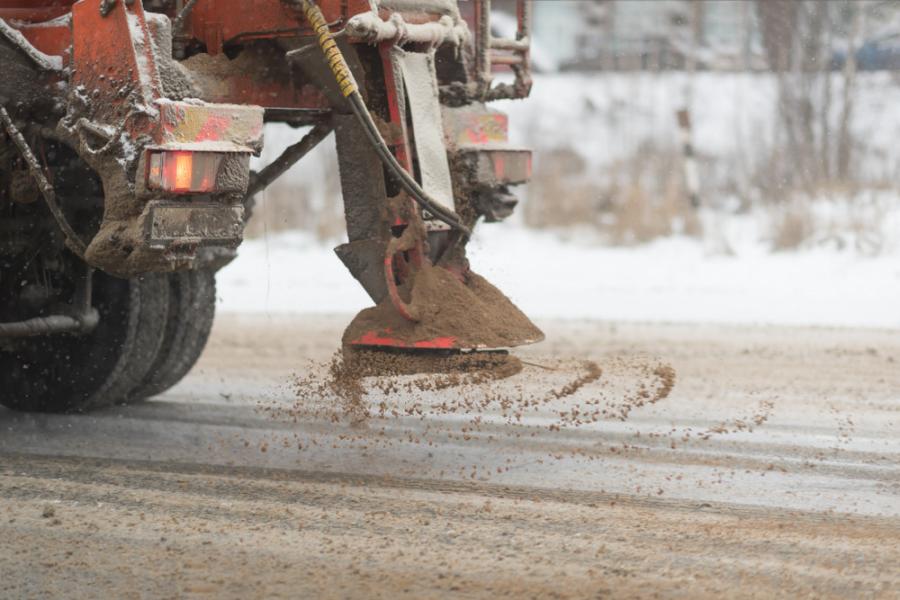 The damaging effect of treating concrete roads with calcium chloride salt is caused by one of its byproducts: calcium oxychloride, which expands inside concrete surfaces and causes cracking.

During a recent polar vortex event so extreme that train tracks were set alight to avoid transit slowdowns in Chicago, few people were likely concerned about the effects of salt on concrete roads.

Luckily, however, Dr. Yaghoob Farnam of Drexel University in Philadelphia remained on the job. Farnam is an assistant professor of Civil, Architectural, and Environmental Engineering and is co-author of a study on the neutralizing effects of bacteria-treated concrete.

Bacteria, he believes, may be the antidote to salt damage.

"There were studies in geotechnical engineering and concrete materials that showed S. pasteurii can withstand a high PH environment (like the condition in concrete) and can produce CaCO3 [calcium carbonate] to bind soil particles in geotechnical or self-heal cracks in concrete," Farnam told Construction Equipment Guide.

The studies to which he refers likely began as early as 1683, when Robert Boyle, a British chemist, noted that brine did not freeze. Later research discovered that salt water does, in fact, freeze, but the temperatures at which freezing commences is higher than that of unsalted water.

The damaging effect of treating concrete roads with calcium chloride salt is caused by one of its byproducts: calcium oxychloride, which expands inside concrete surfaces and causes cracking. Once a crack occurs, water in the form of melted ice seeps in and expands, causing buckling and more. However, when S. pasteurii is added to the concrete mix, harmful calcium chloride metamorphizes into calcium carbonate, or limestone, which not only does no harm, but also seals existing cracks.

Another potential treatment for preserving concrete that comes courtesy of Drexel involves applying a waxy paraffin treatment to concrete. According to laboratory studies, the paraffin causes ice and snow to dissolve faster.

Unfortunayely, however, neither the paraffin treatment nor the S. pasteurii-treated concrete are yet available here in the United States. A company called Green Basilisk ([email protected]) in the Netherlands is currently the only known vendor of "self-healing" concrete. Their version was deployed at the Port of Rotterdam in 2017. Other Basilisk projects include the Groninger Forum, a rebuild of the original east side of Groningen Square in the Netherlands, and a parking garage at Apeldoorn, a municipality and city in the province of Gelderland, also in the Netherlands.

When asked when we may expect to see the product locally, Farnam was uncertain.

"What we do [at Drexel] is mainly lab-scale proof of concept. I think some pilot-scale work is needed before putting these ideas in real practice," he said. "We hope we get a chance to perform more research."