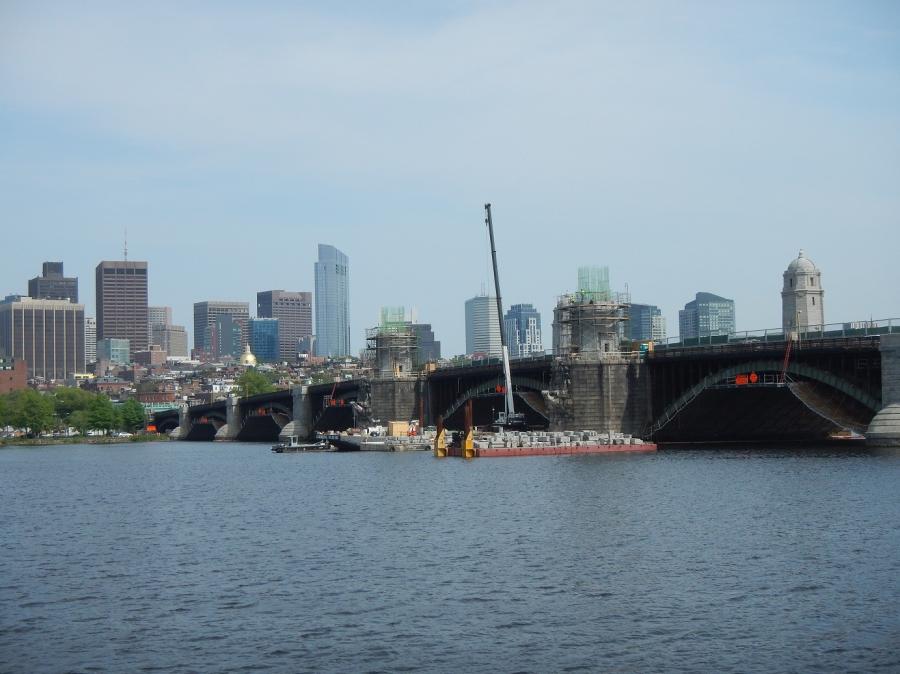 The achievement of this milestone means that all users are now able to enjoy the full benefits of this major multimodal bridge reconstruction project including the vehicular travel lanes, separated bicycle lanes, and sidewalks on both sides of the bridge, as well as MBTA Red Line infrastructure.

The Longfellow Bridge Rehabilitation Project has upgraded the bridge's structural capacity as well as multimodal access and bridge-to-city-street accessibility connections. Originally built in 1907, the historic bridge is a vital link between Boston and Cambridge, making important regional connections and contributing to the Charles River Basin Historic District. This is the first major rehabilitation of the bridge since 1959.

“Reopening the iconic Longfellow Bridge for travelers using all modes of transit is a significant step in modernizing the region's transportation infrastructure,” Baker. “We thank all the stakeholders and elected officials who worked with our administration and the Department of Transportation to reach this milestone.”

“The Longfellow Bridge is an important connection between Boston and Cambridge, and with the careful attention of the project team and stakeholders, we have been able to preserve the historic nature of this landmark while providing needed structural improvements,” said Lieutenant Governor Karyn Polito.

This rehabilitation project has added numerous multimodal benefits including eliminating a vehicular travel lane in the outbound direction; widening the sidewalks and bicycle lanes; and adding new MBTA Red Line track. MassDOT also updated the final design of the bridge this spring as a result of public feedback to further widen the bicycle lane in the inbound direction and add new raised vertical stanchions to physically separate the bicycle lanes and speed feedback signs on both sides of the bridge.

This project is currently expected to be completed by this winter as MassDOT crews and contractors are continuing to conduct work on the approach roadways, construct the Frances Appleton Pedestrian Bridge, and carry out finishing work including landscaping and cleanup operations. Crews also are carrying out minor surfacing of the MBTA tracks to allow full speed Red Line travel over the bridge.

“This regionally significant bridge serves as an important connection between neighborhoods in Cambridge and Boston and allows residents, commuters, visitors, and commercial traffic to travel to destinations throughout the area,” said Pollack. “MassDOT is pleased to reach the full beneficial use milestone so that all vehicle lanes, as well as the new separated bicycle lanes, sidewalks, and Red Line infrastructure are now open for the public to use and enjoy.”

“The Longfellow Bridge is not only a vital transportation connection for commuters, bicyclists and pedestrians across the Charles River, it is also a jewel of the Boston skyline,” said Capuano. “Rehabilitating the Longfellow Bridge improves the travel experience for all who utilize it. I am very pleased that its functionality and its beauty have been restored.”

“The bridges spanning the Charles River provide direct access to Downtown Boston and are critical to the economic vitality of the city of Boston,” said Boston Mayor Martin J. Walsh. “The Longfellow Bridge has the added distinction of being an icon with historic significance. I appreciate and commend the committed partnership between state and city agencies that resulted in successfully improving safety and mobility on the Longfellow Bridge, while also preserving this important piece of our local history. We look forward to future collaborations with MassDOT on additional infrastructure projects that will benefit the city and improve our connectivity to the greater Boston region.”

Located on the site of the 1793 West Boston Bridge, this steel and granite structure was completed in 1907, and renamed to honor Henry Wadsworth Longfellow in 1927. The bridge was then extended in 1956 and rehabilitated in 1959.

The bridge today consists of eleven original open-spandrel steel arch spans. The bridge has an overall length of 2,135 ft., and a deck width of 105 ft., which includes a 27-ft. fenced median occupied by the Red Line. The bridge carries 28,000 motor vehicles, 90,000 transit users, as well as pedestrians and bicyclists per day.

“I am proud of the MassDOT crews and contractors for their tireless efforts in rehabilitating this important bridge structure and addressing the historical and design considerations that arose throughout this project,” said Gulliver. “We have appreciated the support from elected officials, local leaders, and the public throughout this major project and we look forward completing this project by this winter.”

MassDOT undertook a comprehensive public outreach and stakeholder engagement process prior to the start of construction in order to help formulate the future design of the Longfellow Bridge. The decisions made through the Longfellow public process helped form MassDOT policies used today to provide safe, fair, and equitable sharing of limited space for public transit, non-motorized uses, and motorized uses.