Local residents are claiming developers are defacing a potential landmark building to deny it landmark status. 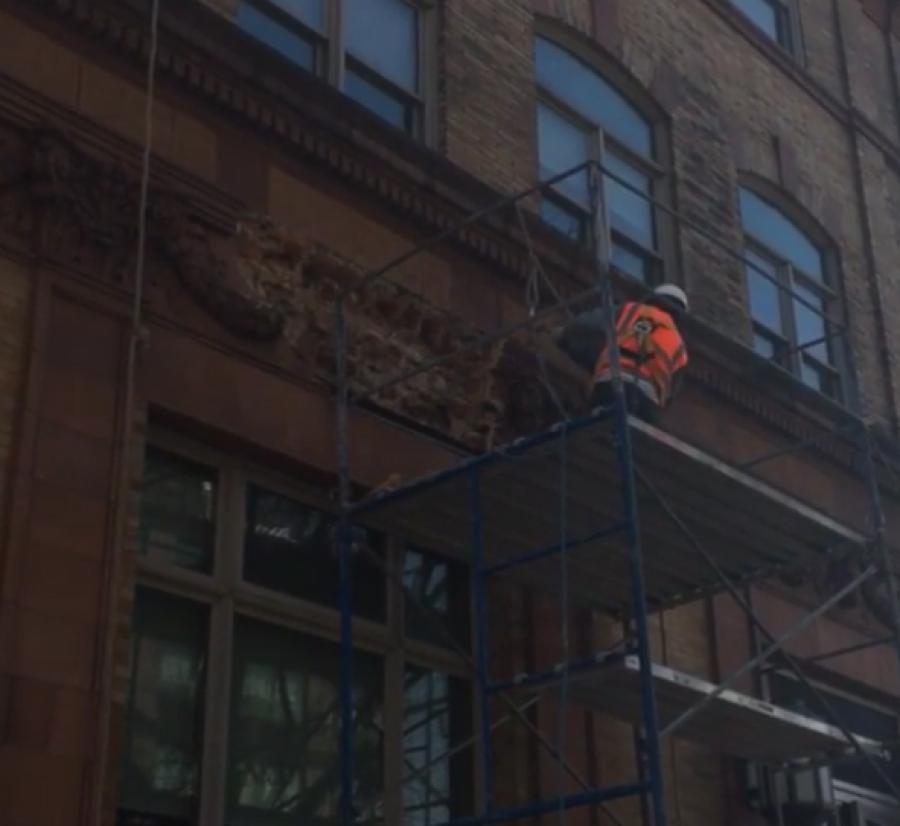 Image courtesy of Instagram. A crew at the building, located at 21-42 44th Dr., had removed a large chunk of the front molding by early afternoon.

The website DNA Info is reporting that construction workers started to remove parts of the decorative facade on the former Elks Lodge building in Long Island City, Tuesday, just a week after local residents began a push to landmark the site.

A crew at the building, located at 21-42 44th Dr., had removed a large chunk of the front molding by early afternoon — a facade adorned with carvings of a wreath and an elk's head that residents say is one of the property's most interesting characteristics.

Local residents, along with the Greater Astoria Historical Society,recently launched a campaign to preserve the Lodge after developers told the LIC Postin December they planned to demolish it and build condos there and on the lot next door, at 41-30 44th Dr.

The developers — Alwest Equities and Planet Partners — did not immediately return messages seeking comment on Tuesday. It's not clear if they're the same parties behind 44th Drive Owner LLC, an entity that bought both properties in February, city records show.