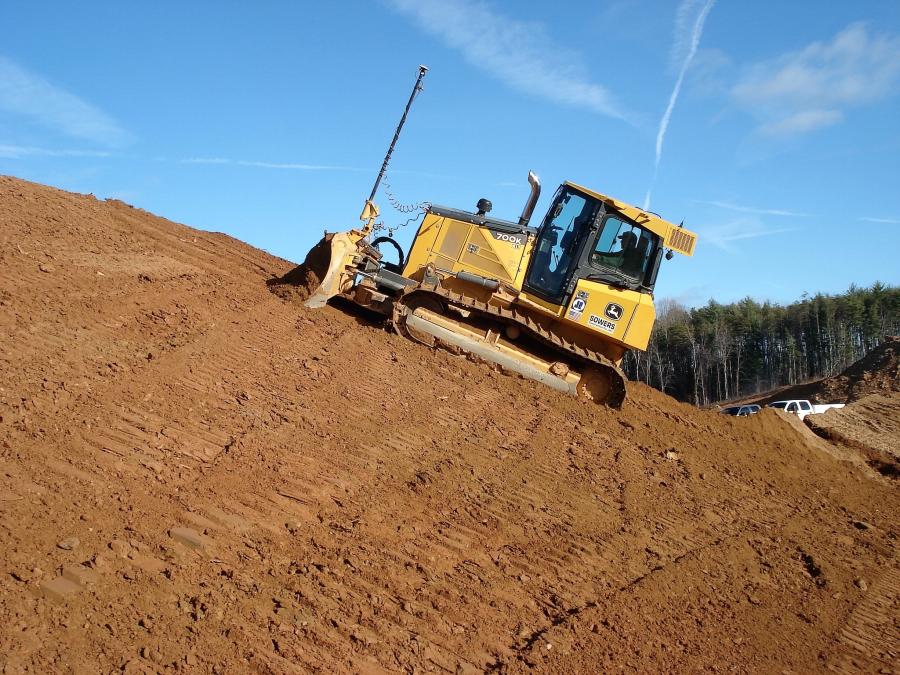 Benchmark offers a wide range of products in partnerships with several prominent OEMs, such as Caterpillar, Komatsu and John Deere, but is perhaps best known for selling the hugely popular Topcon Positioning Systems portfolio of products

A major market expansion is underway for Benchmark Tool & Supply, the North Carolina-based equipment distributor known for its high-quality service to the construction, engineering, surveying and agricultural industries.

Benchmark offers a wide range of products in partnerships with several prominent OEMs, such as Caterpillar, Komatsu and John Deere, but is perhaps best known for selling the hugely popular Topcon Positioning Systems portfolio of products.

Topcon's precision devices are prized by contractors everywhere, but coupled with Benchmark's impeccable sales and service, the dealership's customers have two highly trusted names on whom they can depend.

Now, the company has decided to widen its market range to include VA south of D.C., according to Chuck Harris Benchmark president.

Currently, Benchmark is opening locations in Richmond and Chesapeake, with some sub-distribution in the southwestern area of the state. Harris said that his company will bolster its efforts along the I-95 corridor, but will eventually open a full-service dealership in the Roanoke area.

“We feel like we are well prepared to enter the Virginia market, with the presence already of several major accounts that we have serviced for the past few years,” he said. “We have a very good infrastructure built within our organization with strong talent. Our plan is to leverage their abilities to propel and really grow the technologies in the Virginia region.”

He added that the reasons behind the expansion in the Old Dominion State had a lot to do with the demand for their products and services there.

Precision construction, agriculture and civil engineering, as well as every offshoot of those industries, also are seeing big growth in all three states that Benchmark serves.

Harris describes Topcon as a very proactive company in the development of precision equipment and sees its product line as essential tools for any successful construction firm in the 21st century.

“Time is money in construction and Topcon products have proven to be very innovative, which increases efficiency,” he said. “And we have been able to show our customers exactly that with these tools.”

Harris' construction customers, for example, will typically have that “Ah-hah!” moment when Benchmark can prove to them the production increase they are getting on a daily basis.

“For example, if you double your daily production numbers in an accurate manner, the value of the product becomes pretty evident,” Harris said. “Another way to look at it is when you automate heavy equipment, you are, at a minimum, increasing your productivity 30 to 35 percent. When you can measure your production and fuel savings like that, it really stands out.”

Topcon also is noted for implementing easy-to-learn and easy-to-use software and equipment.

For instance, on earthmoving equipment, Topcon systems are integrated into the machines so that they will control the blade and the excavator bucket with greatly improved operator performance while decreasing his/her learning curve.

“Because Topcon has strived to keep their systems simple, we are really able to capture a lot of market share,” he said. “With this system, you can take an operator that has never been around a 3D System and get that operator up to speed in a minimal amount of time. For a new user, it is by far the easiest system to learn.”

“In that application, we are trying to control airspace in order to get every piece of trash we can into every square inch of space in that landfill,” he said. “We are able to monitor in real time the compaction in a particular area so that both the operator can see it and the office staff can supervise it remotely. It generates reports at any given point in time with snapshots of the work's progress in regards to airspace and compaction.”

As it relates to all products, Harris said that Topcon has recently released a third-party aftermarket dozer system that includes dual IMUs without a mast that has been operating extremely well. It's a system that is very smooth and easy to operate, with less components than on past machines.

In addition, Harris hinted that several other unique products for the asphalt and paving markets will soon be launched that he feels will change the way those industries utilize technology, as well.

Providing an Eye in the Sky

Among the other products Benchmark provides are tools for creating topographic maps and in-house surveying in order to help contractors using GPS systems to set up their controls and get their models in place. That helps them quickly start work, with minimal hurdles, when they get on site.

And to prove that Benchmark is on the leading edge of technology, the company is helping its customers keep a helpful eye in the sky.

“We have been into offering drones for about two years now and to do that right, we have a staff of 12 that focus just on drones in their respective markets,” he said. “Agricultural is a huge market for aerial platforms and construction is coming on very strong, too, simply because topographic surveys are often needed in a very fast and efficient manner. Plus, we sell them for use in the search-and-rescue and inspection markets.”

The implementation of technology can be daunting for many long-time Benchmark customers, but Harris said the company is ready to help them in any way they can.

“We are investing in bringing on several specialists to assist and perform services in all the industries we serve,” he said.