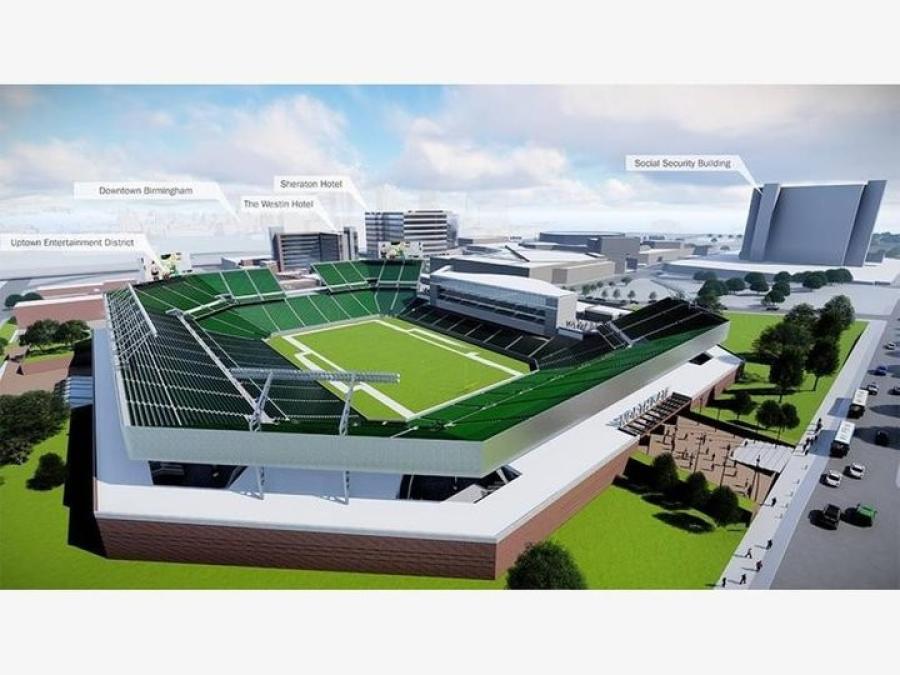 Site work is set to begin by the end of the year on a $175 million, 45,000-seat stadium at the Birmingham-Jefferson Convention Complex.

Sports fans and contactors alike found reason to smile recently as plans moved forward on a pair of state-of-the-art stadiums in Birmingham and Mobile.

Site work is set to begin by the end of the year on a $175 million, 45,000-seat stadium at the Birmingham-Jefferson Convention Complex, while down at the Gulf, the University of South Alabama Board of Trustees voted Nov. 1 to authorize Phase 2 of a new football stadium where the Jaguars will begin play in September 2020. 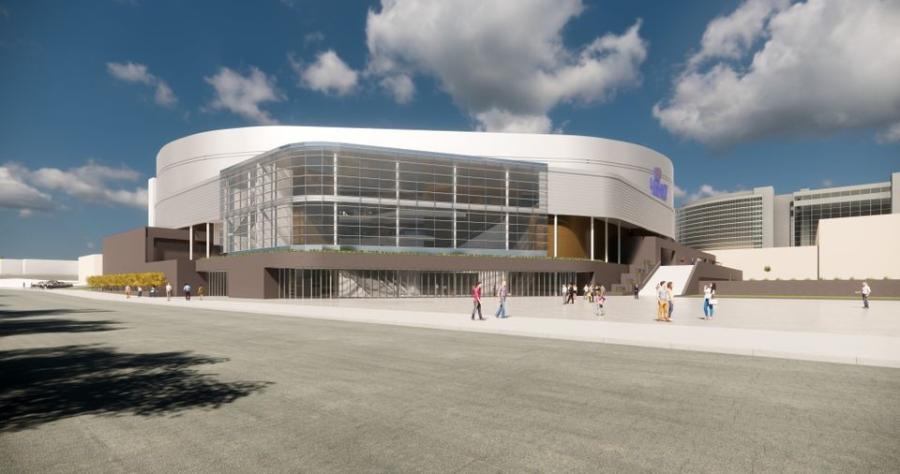 Construction of the Birmingham stadium is expected to be completed by 2021 and will be accompanied by a $125 million renovation of the Legacy Arena, which is projected to be finished in 2022.

The projects were made possible by a $313 million bond sale that took place in August.

The Birmingham City Council has committed $90 million to the project, to be paid over 30 years, and the Jefferson County Commission has committed $1 million a year over the same period. In addition, the University of Alabama at Birmingham and corporate partners have committed a combined $4 million a year for 10 years through a lease agreement, sponsorship and naming rights. The state Legislature also approved a bill that would devote car rental tax funds to help defray the cost.

The UAB Blazers will move to the new stadium from Legion Field. In addition, the Alliance of American Football announced in June that Birmingham is one of the eight cities that will field a team in the new pro football league, which plans to begin play in February 2019.

In total, the expanded Birmingham-Jefferson Convention Complex could generate up to $500,000 in additional revenues to the city each year, according to official estimates.

At the University of Southern Alabama, the new 25,000-seat football stadium will be located on the west side of campus near the Jaguar training center, the football field house and the practice fields. Plans call for a state-of-the-art video board and sound system, an end-zone terrace, 16-seat suites, a club level with 800 seats, and chair-back and bench-back seating options. The site will also include hospitality areas for tailgating, events and recreational vehicle parking.

Phase 2 of the project includes the shell of the press tower, the shell of the athletics administration building, the lower-bowl cast-in-place concrete for seating, and the installation of the primary underground utilities to the stadium.

The projected cost of the stadium is $74 million, with funding and debt service to be provided by the school's athletic department, as well as public and private sources.