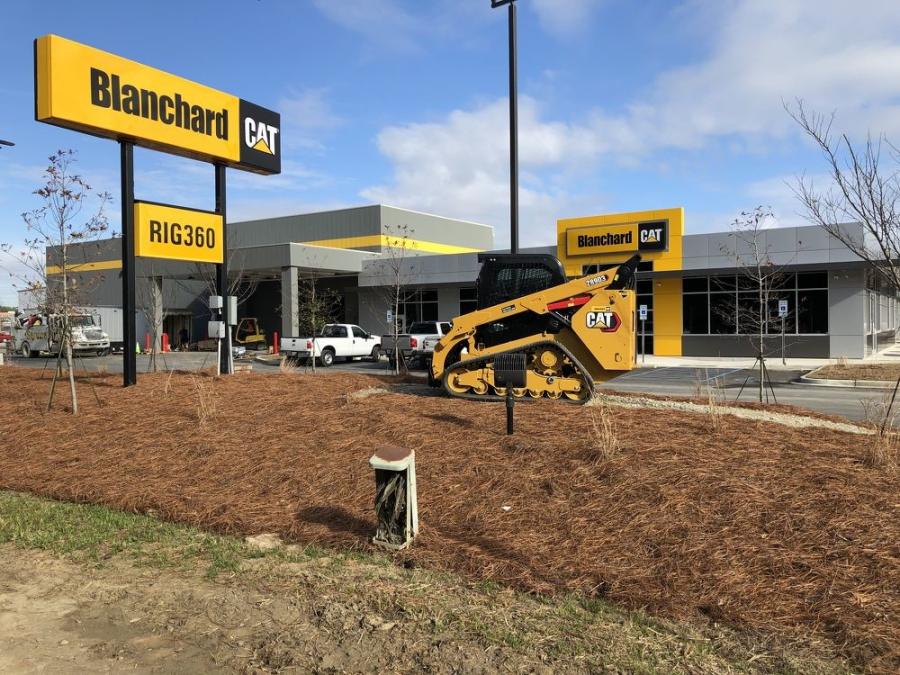 In any competitive marketplace, the essential elements to success always include individual talent and company reliability. But for prosperous firms to remain strong, they also need to find ways to upgrade their look and improve their service to keep customers coming back time after time.

Blanchard Machinery Company, the Caterpillar dealer in the state of South Carolina, has embraced that mindset wholeheartedly over the past year by beginning the first of a series of major facelifts in 2020 at several of its 12 branches across the Palmetto State.

Currently, the improvements are focused on its Charleston area branch, located in Summerville, northwest of the port city, and in a region that Blanchard Machinery sees as the hottest building market within one of the country's top states in terms of residential and commercial expansion. 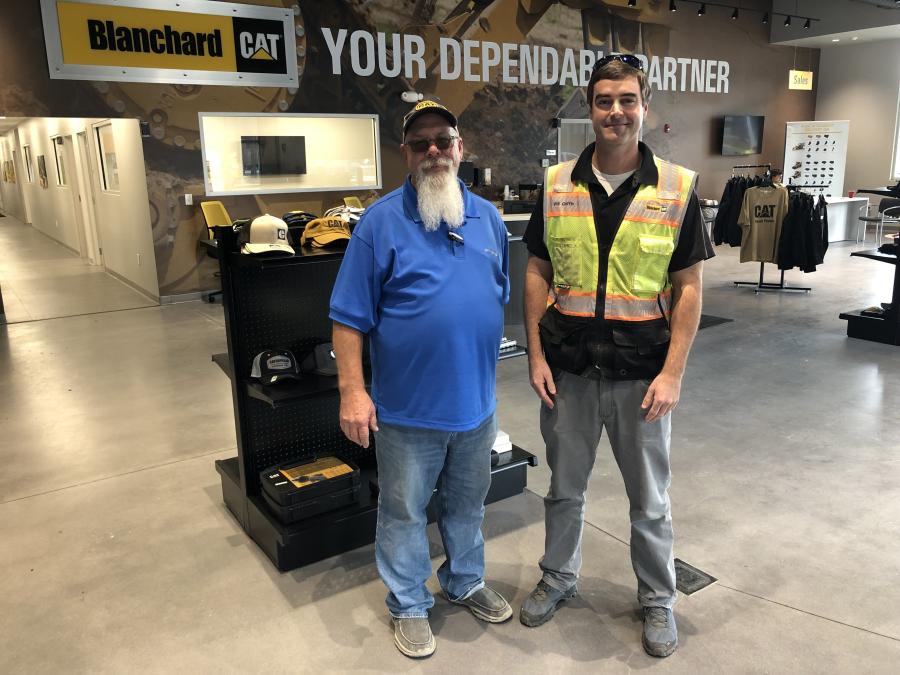 "I think a key part of [the renovation] was that this building has been the same since I was a Blanchard customer over 25 years ago," said Eric Sears, the Blanchard Machinery branch manager in Charleston, who had previously worked for three other South Carolina equipment customers. "I also believe that, over time, you need to give the customer something better to look at, plus better accessibility, more room for parts, for service and for the hose shop. With these upgrades, we are presenting them with the ability to get everything they need in a nice, renovated facility."

Another of the primary objectives of the revamp to the Summerville branch, he said, is to augment the customer experience to shorten their equipment downtime.

Rozier Blanchard, a fourth-generation manager of the family operation and the company's vice president of machine sales, agreed with Sears, adding that the growth of the South Carolina market overall was a key factor in deciding to begin upgrades at the Summerville dealership.

He also cited the fact that major companies like Mercedes, Boeing, Volvo and Google, among others, have established operations in the state's Low Country. That is in addition to North Charleston's new Hugh K. Leatherman Terminal, the new cargo port facility that opened last March.

The presence of these entities has meant a sharp increase in the area's home construction, as well.

"We have been blessed to be in a state that is pro-business and attracting all these companies to move here," Rozier said. "Then, there is the large number of people moving into the state, many of whom are choosing to live in the Low Country in and around Charleston. With [Summerville] being our main office for this area of the state, we thought it was important for us to do a facelift."

He added that improvements were needed not only at the Summerville branch, but also at Blanchard Machinery's main Columbia location — a 1950s-era building originally used by another equipment dealership later bought out by the Blanchard family in 1982.

"In fact, we have already started on that, and then we will move forward to revamp and expand any of our other stores that need it in the coming years."

Before any construction was started in 2020, the Blanchard team, made up of Rozier, his brother, Boyd, the dealership's vice president of product support, and Sears, got together to consider just what a revamped Summerville branch should include. 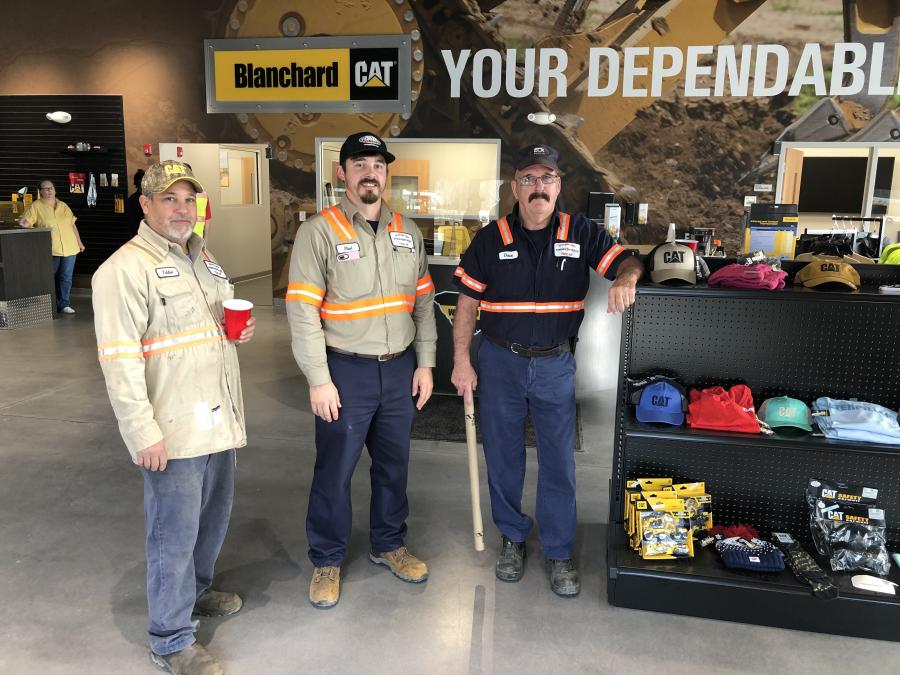 "Safety was one consideration, obviously; then, we thought about bettering the customer and employee experience, and we were mindful about employee recruitment and retention," Rozier said. "From the beginning, we wanted to increase our warehouse parts facilities. If you look at the cubic footage that we now have, it is over 100 percent more than what we had originally.

"We knew, too, that [Blanchard Machinery] needed to have more parts on the shelves daily than we had had before," he added. "As the construction equipment population continues to grow in this area, we have placed a big focus on making sure that if a customer needs a part, they can get it as quickly as possible. Now, what is great about the Cat dealer network is that we can all pull from different stores and get a part within 24 hours, but we wanted to improve the amount of off-the-shelf stock that we had here."

Another idea Blanchard Machinery had was to move Summerville's hose shop next to the parts counter and establish a customer-friendly interaction there, Rozier said. The company realized that its customers have assorted options to obtaining hoses, from purchasing through OEMs or buying from small, local shops that stock the products.

"So, what we wanted to do was make sure we had more inventory in stock [than] any other hose supplier in this area to continue to grow our footprint," he said.

Concrete Being Installed at Laydown Yard

By the end of November 2021, construction had moved quickly enough so that the Summerville branch had a new product showroom and an expansive parts warehouse completed — work that was thought, at the time, to be just the first phase of the overall branch upgrade.

The next project was scheduled to be the addition of more and larger service bays, which when finished will significantly add to Blanchard Machinery's shop capacity in Summerville. A third phase is slated to follow where the dirt laydown yard at the back of dealership is to be completely covered with a smooth concrete surface to help eliminate contamination to its customers' machines following service.

But Sears explained that with the assistance of the project's contractors, that latter phase jumped ahead of the service capacity construction.

"Most of our work now is centered around the yard," Rozier said just before Christmas. "If you have been back there, you know that there is a small area of concrete and a bigger area of dirt. That meant we needed better contamination control, improved customer and employee safety, and an overall better flow for getting machines in and out of our yards.

"When you take a machine from the wash rack it will then stay on the concrete as it goes right into the shop," Rozier said. "The concreted area will also serve as a staging area for new, used and rental equipment, as well as for customer drop-off."

By Jan. 7, Blanchard Machinery was beginning to pour concrete throughout the entirety of the laydown yard, according to Sears.

Branch to Enhance Its Service Capabilities

After the backyard is completely transformed, crews will then move on to build the new lineup of service bays at Blanchard Machinery, which, when finished, will increase Summerville's service capacity by 70 percent, Sears said.

"We are adding more service bays, and what we call ‘super bays' that are roughly 45 feet wide, so we can put more equipment within a single bay," he said. "Currently, we can typically accommodate a total of 10-12 machines using our single bays, but with the expansion we will be able to almost double those numbers." 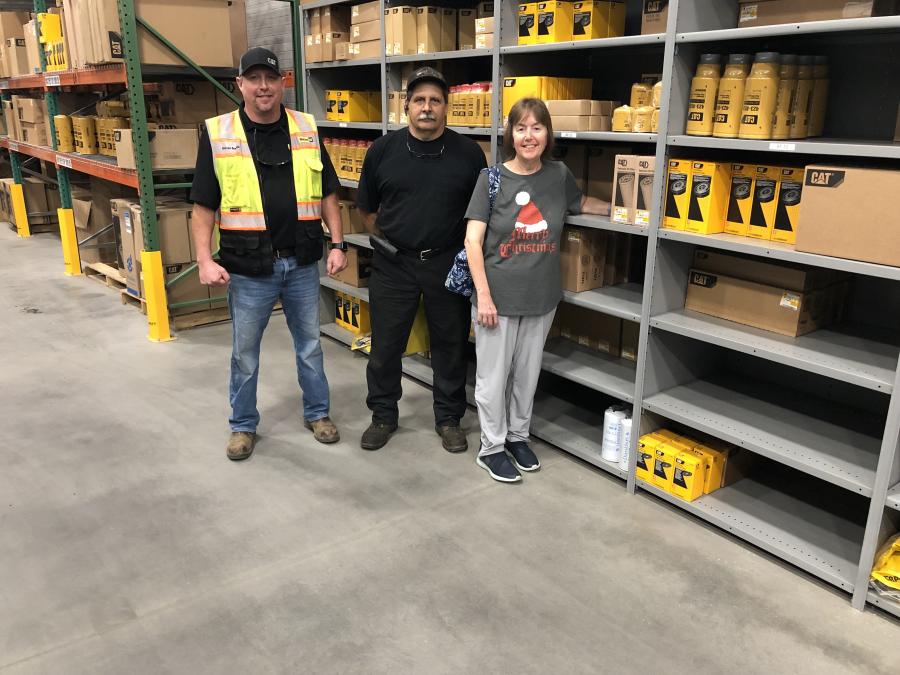 In addition, Sears said, each new bay will be equipped with overhead cranes to take care of heavy equipment.

"We knew we needed extra bay capacity, and we are hoping that their construction will happen sometime in the first quarter of this year," Rozier added. "Increased capacity is important to us because one of the things we realized as this area continues to grow is that [every equipment dealer] is constrained with their labor and their footprint. We have been blessed to have the property that we do where we have the ability to expand."

To make the experience of working in the Summerville branch's shop more pleasant, particularly during the Low Country's hot and humid summer days, Rozier said the service department also will be climate controlled as part of the overall improvements.

"‘Climate controlled,' though, is different than saying it is air conditioned because how can a shop be air conditioned," he added. "But, with climate control, we will be able to have the inside of the shop be roughly 15 degrees cooler than the outside's ambient temperature and we can pull a lot of the humidity out. It is part of our focus on improving the quality of life for our employees in the places they work."

Complete Undercarriage Service On the Way

With the upgrades to Summerville's service department, Blanchard Machinery wants to place a greater emphasis on increasing the serviceability of its customers' equipment undercarriages. The shop has long performed track shoe swaps, but it cannot perform a full undercarriage pin-and-bushing turn, Rozier said.

"Now, with us bringing in a state-of-the-art track press in 2022, it will give us the opportunity to not only serve the undercarriage needs of customers in this immediate area, but the whole coastal region of South Carolina," he said.

The Blanchard family's primary goal in operating their dealerships is to be a part of South Carolina's continued prosperity, Rozier said, and to become "a trusted and preferred partner that does business the right way and treats people fairly."

The renovations are proof of that.

"We are revamping this facility to enhance the customer and employee experience, and to better our recruiting efforts," he said. "Many companies have multiple job openings, so what we must do is differentiate ourselves and make our branches attractive places for talented people to want to come aboard." CEG