Board of Consultants Concerned Over Oroville Dam Construction

Currently, reconstruction contractor Kiewit has removed 2,270 ft. of the damaged spillway and is 1,220 ft. of it with first a layer of leveling concrete. 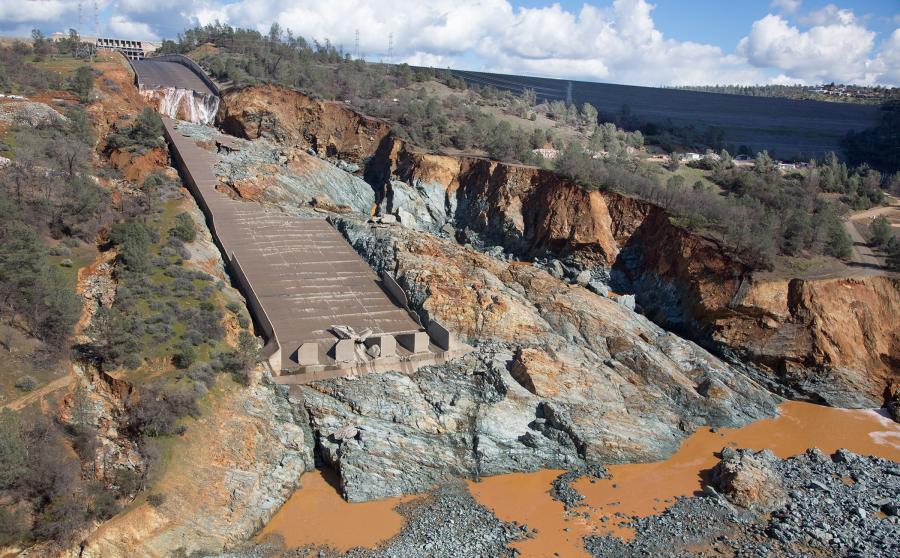 Part of the spillway is scheduled for a temporary fix with roller compacted concrete (RCC), a material that isn't as strong as structural concrete, which will eventually be used to surface the spillway chute, Mercury News reported.

Part of the spillway is scheduled for a temporary fix with roller compacted concrete (RCC), a material that isn't as strong as structural concrete, which will eventually be used to surface the spillway chute, Mercury News reported.

Board of Consultants Voices Reservations

In two recently released memos, the Board of Consultants has raised concerns over the use of RCC in this project, saying that the material could erode.

Specifically, the Board mentioned:

• Concerns about the surface treatment set to be used on the RCC to increase its strength, which the Board said could lead to faster flows, which would in turn “increase the potential for cavitation,” a type of erosion that is caused by small air bubbles pushed into concrete by fast flowing water, and

• Reservations about the planned structure for a particular part of the chute, which will make the typical RCC delivery method “not practical” due to the structure's steep drop-offs.

In the memos, the Board did provide recommendations, including an aeration system in an area with a 3-ft. drop where the materials will transition from concrete to RCC, Mercury News reported.

California Department of Water Resources and Kiewit staff said in a media conference Aug. 9 that construction was still on schedule, and the spillway would be open for use Nov. 1 According to DWR Director of Public Relations Erin Mellon, the spillway has been used 26 years out of 49, and only four times since the start of this year.

Here's what has been completed recently:

• Workers poured the first slab of structural concrete for the bottom section of the main spillway the week of Aug. 7, and are currently working on pouring the leveling concrete in that area and in the top section.

• Crews are building forms for the section's walls.

• A heavy-duty percussion rig was brought into the emergency spillway to drill holes for the cutoff wall, which is scheduled to be completed either at the end of this year or at the start of 2018.