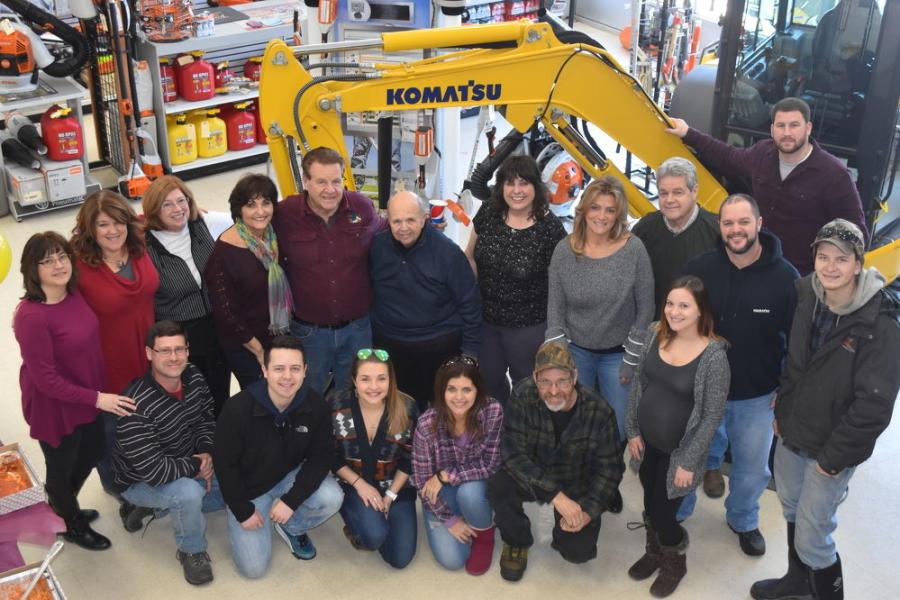 Ken Boniface, as well as the entire Boniface family, has taken great pride in their relationships with and level of service to their customers across the Hudson Valley and Connecticut.

In 1956, Ken Boniface was in school, working a paper route, and still had a specific chore each day at Pine Bush Equipment. His last newspaper customer was located near the family's construction equipment dealership and Boniface's job between finishing up the paper route and getting off to school was to stop by the store and fill up the massive old coal stoves at about 6:00 a.m. After school he was expected to come back to the store to sweep up. In those days, Pine Bush Equipment was a J.I. Case agricultural store along with Oliver farm tractors.

From 1956 to 1972, Boniface primarily worked in the shop and eventually served as the shop foreman. Equipped with the knowledge of how the equipment works, in 1972 he headed out on the road as a sales representative.

"In the early 70's, our market tractor loader backhoe sales were the backbone of our company," Boniface said. "In 1973, we took on the Kubota account and the Komatsu account. Kubota allowed us to diversify into what was in those days primarily a lawn and garden tractor and Komatsu was the first Asian company to bring equipment into the United States and with it came a good product with some tremendous pricing advantages."

Memories of Days Gone By 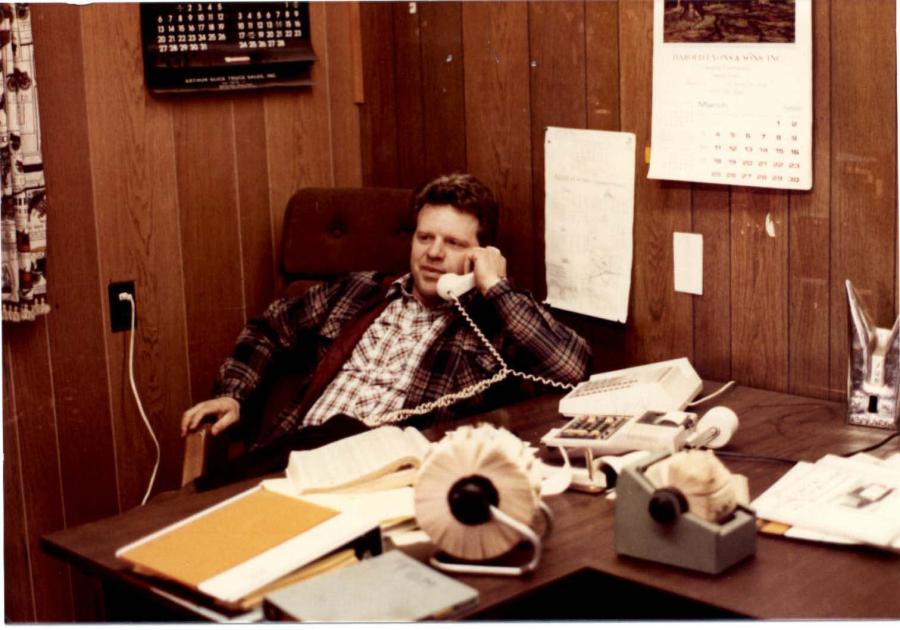 Ken Boniface had a Rolodex full of numbers at the ready in his office, circa 1974.

"I drove 276 miles with my son to demo a Komatsu crawler in Rochester, New York. At that time there was no Komatsu dealer in western New York State, but we had a very strong product with some strong pricing advantages and the deal was that we were going to demo head to head with the top crawler manufacturer at that time who had a dealership right in the Rochester area," Boniface said.

The customer, who owned a small quarry where he was making gravel, had initially flown to Pine Bush to look at a Komatsu D65E. He was very impressed, but wanted to see it in action.

"By the time we hauled the machine to Rochester it was already getting late in the day. My son and I were looking to get a room for the night and this guy insisted that we stay at his home. There was a small pond at the quarry and in a Boniface tradition my son decided to do a little bit of fishing and he actually caught enough fish to feed out host and ourselves for the evening.

"The challenge the next day was to pull willow stumps from a creek bed. If you're not familiar with willow trees, they grow alongside water and have a massive root system. We pulled stumps all afternoon and the Komatsu crawler pulled two stumps for every one stump that our competitor was able to pull. To prove a point, we switched operators and we were still able to outpull two to one.

"The customer had a decision to make and he decided to buy the Komatsu, at which point, the market leading competitor decided to match our price. This was a tough decision for the contractor, remember the other machine had a servicing shop just six miles away. In the end, he bought our machine. That was my most memorable sale."

Changing With the Times

Boniface has seen a lot of changes in the course of 60 plus years, but says the single biggest change has been the paperwork.

"We used to go out and make deals for multiple machines without so much as generating an invoice. There were no contracts. Everything was done on a handshake.

"Another big change is in the customer themselves. We now live in an age of immediate gratification. Everyone wants everything now. If someone calls for a quote, you'd best get back to him within an hour. Back in day it could have taken the whole day just to get a message to me."

Building Relationships Over the Decades

Boniface has enjoyed working with three generations of customers. To the young man that he sold backhoes to when he first started out, he is now selling machines to the same man's grandchildren.

At his retirement, one of his longtime customers shared that Boniface signed a personal loan making it possible for him to purchase his first tractor loader backhoe. He said that all that he and his wife had were three kids, an apartment and a dream.

"If it were not for Ken Boniface we would not be where we are today. He had more faith in us than we had. That was over thirty years ago."