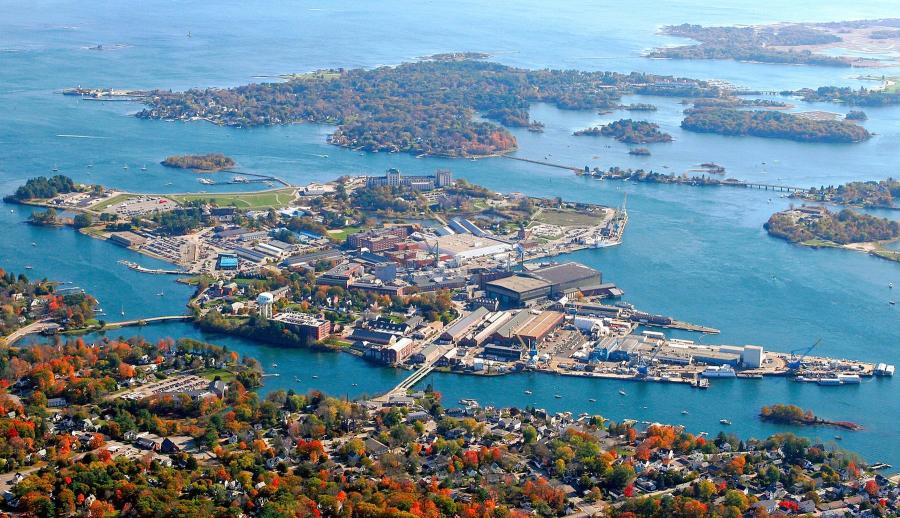 Projects that could be slashed at the Portsmouth Naval Shipyard include $110 million for dry dock improvements; $62 million for a paint, blast and rubber facility; and $40 million for an extended crane rail.

KITTERY, MAINE (AP) The Defense Department's list of projects that could be cut to fund President Donald Trump's wall at the southern border includes more than $200 million of projects that are aimed at making Portsmouth Naval Shipyard more efficient in refueling and overhauling nuclear-powered submarines.

Projects that could be slashed include $110 million for dry dock improvements; $62 million for a paint, blast and rubber facility; and $40 million for an extended crane rail.

Richard Smith, president of the Metal Trades Council, the largest union at the shipyard, said it's "disturbing" that the funding cuts could cause delays to projects that have been in the pipeline for years, putting more pressure on an already strained fleet.

"There's a way to do everything that we need to do in this country. We need to find a way to get it done. Why can't we do it together?" he said.

The paint, blast and rubber facility would consolidate scattered operations across the shipyard under one roof with modernized equipment to speed up work and save money.

The improvement at Dry Dock 1 would allow Los Angeles-class attack submarines to enter without the need to provide extra buoyancy as currently required.

Trump declared a national emergency at the Mexican boundary last month after Congress limited him to just under $1.4 billion to build border barriers.

That could allow him to siphon $3.6 billion from military construction projects to fulfill his 2016 campaign promise for a border wall. The 21-page Defense Department list released March 18 targets projects around the world.

"The Portsmouth Naval Shipyard is vital to our national security interests, and ripping funding away from these important construction projects would jeopardize the Shipyard's ability to keep our attack submarine fleet ready for action," said U.S. Sen. Maggie Hassan, D-N.H.