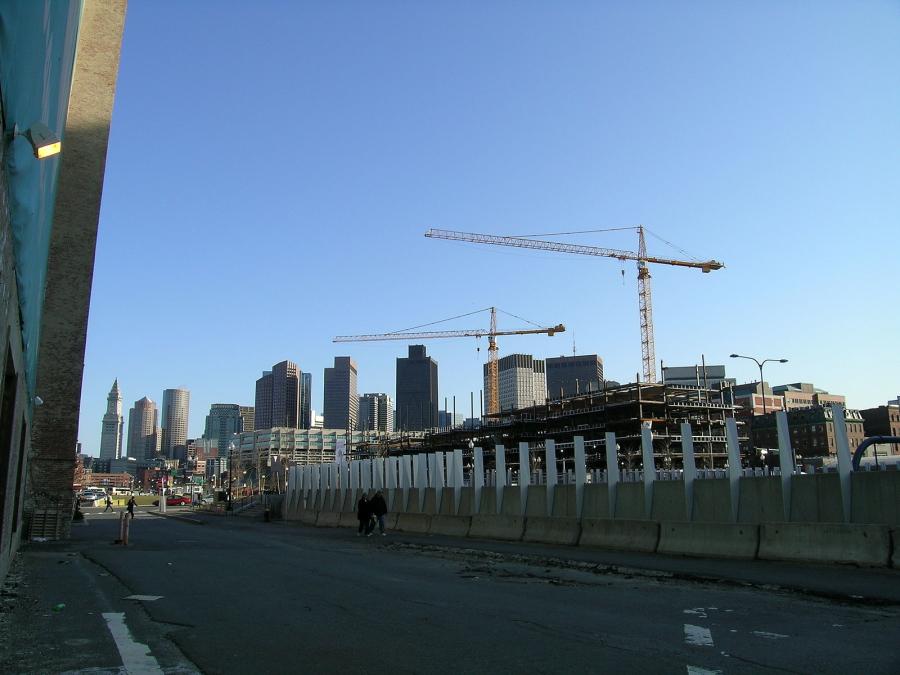 Cranes and the Boston skyline as seen from the North End. John Stephen Dwyer (Boston at English Wikipedia)

Boston's building boom is paying off for the city.

In a report, the Wall Street rating service Moody's estimated Boston will receive nearly $75 million in additional property tax revenue this fiscal year from all the new buildings that came on line.

The firm estimated that some $4.3 billion worth of new real estate will be added to the tax rolls in fiscal year 2017. That is nearly double the $2.3 billion added last year, and is easily the biggest increase on record.

Most of the new construction — 60 percent, Moody's said — comes from residential buildings, which the Walsh administration has been encouraging as a way to keep the city's high housing costs in check.