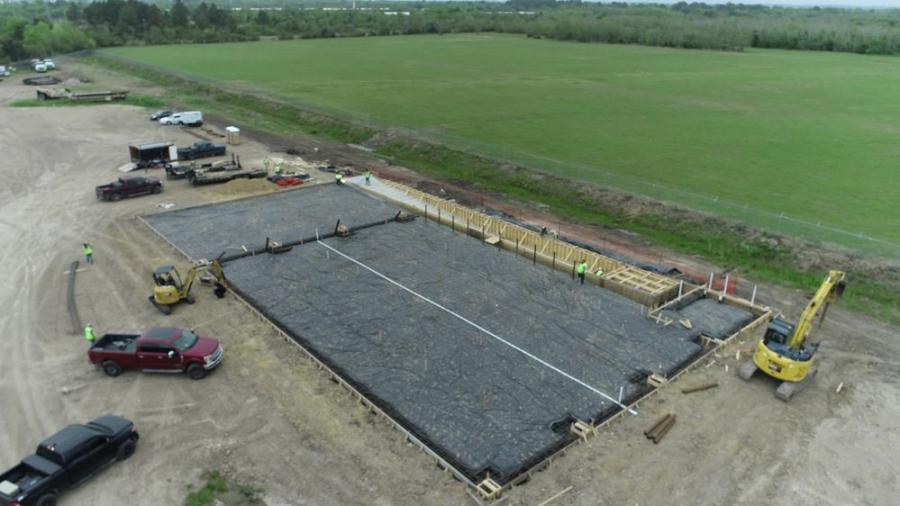 Work proceeds on the 6,500-sq.-ft. wash rack, which will be a central feature of the new service facility.

Two years ago, the management group at Bottom Line Equipment made a commitment that it would double the company's revenue in five years. 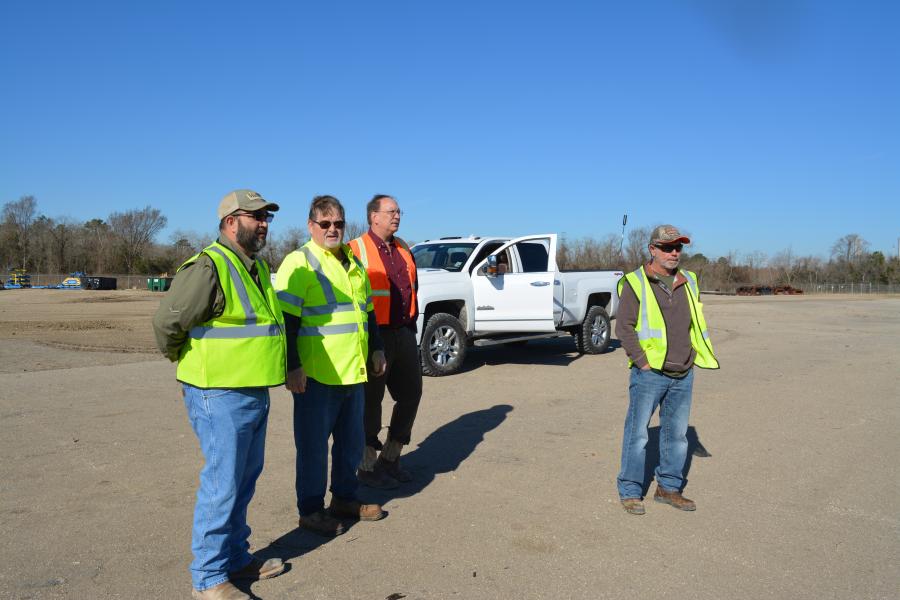 A $4 million investment in its busiest location is the next move in its strategic plan to achieve that goal.

Bottom Line recently broke ground on the expansion at its Baytown, Texas, branch, which is expected to take one year to complete.

Construction of the company's existing 13-acre site along I-10 will, when complete, double both the shop and office space footprint, while adding a 6,500-sq.-ft. wash rack, according to Kurt Degueyter, Bottom Line CEO, owner and founder.

With more than 400 machines based at the Baytown location, Degueyter said the facility is generally regarded as the largest single store heavy equipment rental operation in the United States. The expansion was not only wanted, but needed, he said.

The new facility will act as a major service center supporting all Bottom Line operations in Texas. Service of the company's huge rental fleet will be performed in 20 new service bays, all equipped with overhead cranes.

The ambitious five-year plan is not just about revenue. The company also intends to go from seven service centers to a total of 14 across the gulf coast while increasing its geographic footprint to include more of Texas. Bottom Line currently has branches that serve most of Louisiana, along with east and south Texas, including the Houston market. Expansion into the Dallas-Fort Worth market is set for 2022.

With the move to north Texas, Degueyter said the company will achieve another objective of the plan, namely diversification. Bottom Line's business has been mostly dependent on the energy sector until now. 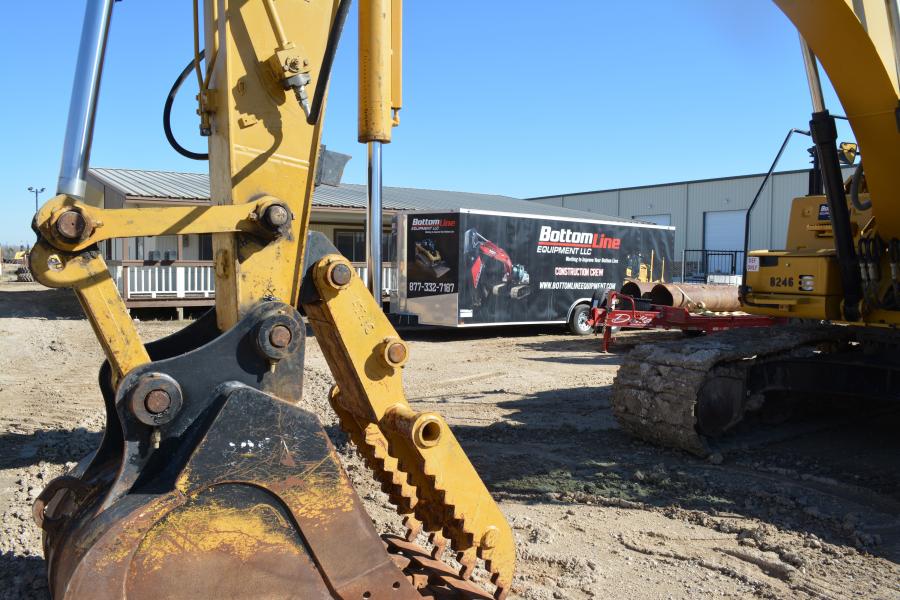 Upon completion of the Baytown project, the team will move on to a similar expansion at Bottom Line's Baton Rouge, La., facility.

Expansion in Baytown was necessary based on current business, said Degueyter, but its timing could not be better.

Bottom Line sits at the intersection of I-10 and Houston's Loop 99 (Grand Parkway). Once complete, Loop 99 will connect Baytown to North Houston and the George Bush Intercontinental Airport. What is now a 90-minute drive will take about 30 minutes, according to Mike Boudreaux, manager of the Baytown location, and will open the Baytown area to the massive development already in the planning stages.

"Being the best is a core value of our company," Degueyter said when asked about the Baytown upgrade. "The reason we build nice facilities is for our people. We want to have best-in-class buildings that contribute to a great work environment."

With its fleet of more than 1,400 late model machines, Bottom Line can meet most heavy construction equipment needs in Louisiana, Texas and beyond. The company also boasts one of the largest inventories of attachments in the region, including heavy duty shears for demolition work.