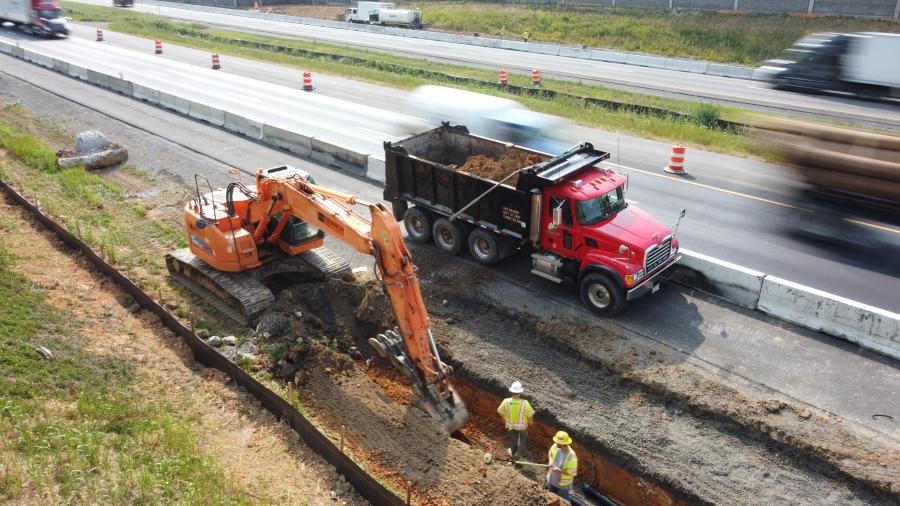 The $23 million project is planned to finish in the summer. (Branch Civil photo)

Framed by the Appalachian Mountains to the North and Smith Mountain Lake to the South, Roanoke draws visitors to southwest Virginia, generating some $920 million each year in business revenue for the region.

For thousands more, Roanoke is simply another exit off I-81, which is one of the busiest interstates in the country. Unusual in that it is almost exclusively a rural expressway, I-81 carries heavy truck traffic and travelers north toward Washington, D.C., Northern Virginia and Pennsylvania and south to connect people with interchanges that will bring motorists to the Carolinas, Georgia and Florida. 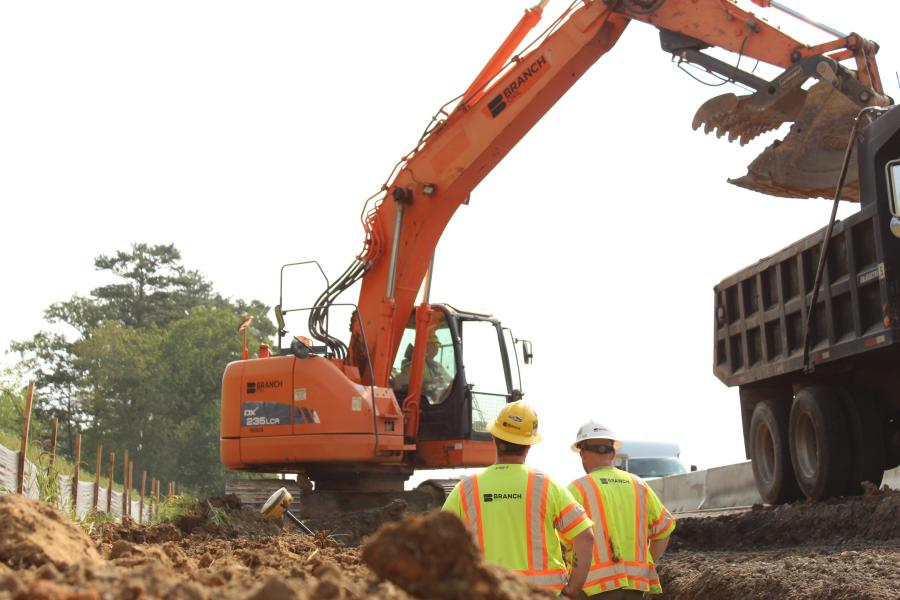 The Virginia Department of Transportation (VDOT) selected Branch Civil to help alleviate congestion around this picturesque small city by adding a lane in each direction of I-81 as part of a series of projects to add capacity to I-81. The new construction provided by the I-81 Auxiliary Lane project also enhances safety for drivers by providing a smoother transition into Roanoke City proper via I-581. The $23 million project will finish in June 2022 when workers complete a 1.5-in. surface layer of stone-matrix asphalt (SMA) pavement. Branch Civil has already earned an Early Completion Bonus for opening the auxiliary lanes to traffic more than 30 days ahead of schedule.

Although the construction team used traditional practices for the rolling terrain in southwestern Virginia, it did employ one unusual practice. What was unusual is that the project manager on the job was female: Melissa Sowers.

Sowers picked up her civil engineering degree at nearby Virginia Tech in Blacksburg and worked two summers as an intern for Branch Civil. She became a full-time employee-owner of the company in 2010. Melissa previously served as a project engineer for the Route 58 Laurel Fork project and an assistant project manager on the Troutville Exit 150 Roundabout project.

Workers on the project built the new lanes with 13 in. of No. 1 stone and 10 in. of No. 21 stone, providing a sturdy base for traffic for years to come. The project required 72,500 tons of asphalt and used 18,000 tons of recycled asphalt in the intermediate and base layers. The asphalt was supplied from a Roanoke plant that was just six miles from the job site, easing environmental impacts and keeping the material sources local. Of note, VDOT has been one of the leading proponents of saving money and time through the use of recycled materials. The state has rigorously tested recycled asphalt used for new roads and seen no drop off in performance.

The main factor contributing to the early opening was the VDOT-approved resequencing of the project that saved time and money. The team was able to save time and money by constructing multiple phases consecutively with minimal rehandling of earthwork materials. 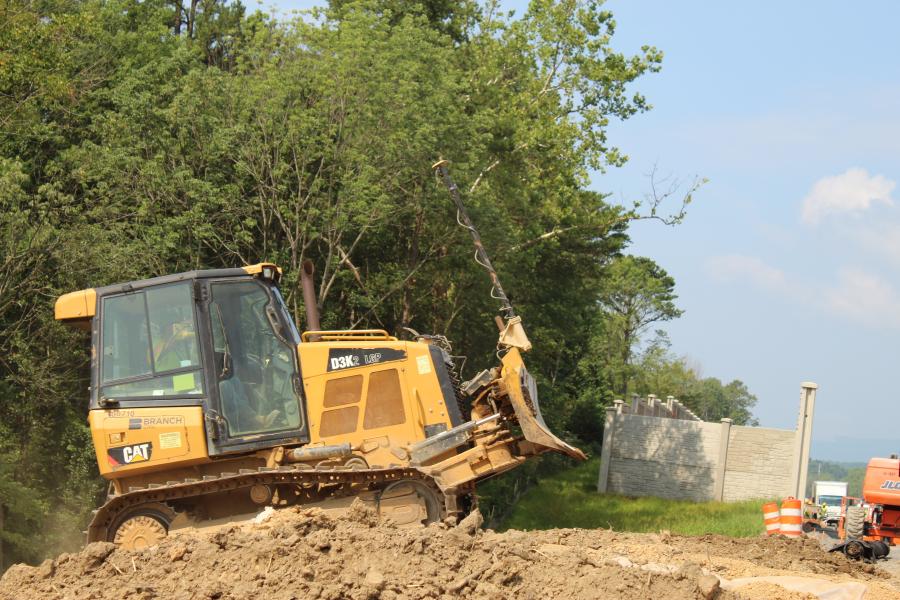 The project team constructed dry swales in the median before establishment of grass, which allowed them more flexibility in scheduling. The swales transformed ditches alongside the interstate into an environmentally friendly element designed to filter rainwater and return it to the water table in better condition than average. Most of the swales were about 5 ft. wide and 4 ft. deep, lined at the bottom with geotextile material to act as a sieve, keeping out unwanted material and allowing the rainwater to return to the groundwater cleaner.The team placed stone in the trench as well as compost and biomaterial to help with the filtration.

The team also built 2,600 ft. of sound walls to protect homeowners and businesses from the din of constant traffic.

Sowers represents a small but growing trend of bringing more females into the construction industry, particularly within the professional ranks. The industry struggles to add workers, and adding women is an obvious step. According to the U.S. Department of Labor, just 9 percent of construction workers are women.

"The industry has treated me well," said Sowers. "I would like to think that construction has come a long way in introducing women into what has been a predominantly male environment."

"The men I have worked with have been extremely supportive," she added. "I've never been singled out and treated differently because I am a woman. I believe my promotions and responsibility have been based on merit."

Building a strong team is important to Sowers and management at Branch Civil.

"I've worked together with many different superintendents and foremen. I've found that the better team you can build, the better the work experience and the better the project results. I look at the project with a sense of pride in what we have accomplished. Sometimes, I go out of my way to drive on the road to re-experience what we did. It's great to know that we have delivered an excellent project for our client and the public." CEG