The orthotropic deck for the new Route 7 Wittpenn Bridge is the first time this innovative type of deck is being used in New Jersey. 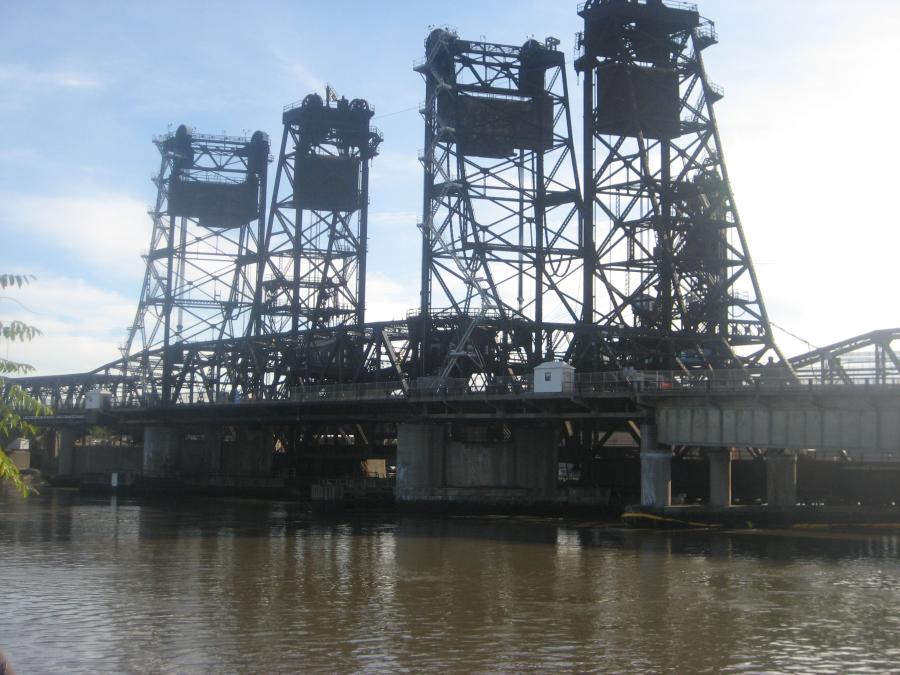 A new bridge deck for the Wittpenn Bridge is making its way from the West Coast through the Panama Canal to New Jersey. (NJDot photo)

The New Jersey Department of Transportation (NJDOT) announced the launch of a new web page to track the shipping progress of the new bridge deck for the Wittpenn Bridge as it makes its way from the West Coast through the Panama Canal to New Jersey.

The orthotropic deck for the new Route 7 Wittpenn Bridge is the first time this innovative type of deck is being used in New Jersey. It was manufactured by Vigor LLC at its facilities in Clackamas, Ore., and Vancouver, Wash., and is being transported by barge. It departed from Washington State on June 6.

NJDOT has created a website to track the shipping progress of the deck on its journey to the Wittpenn Bridge project in Hudson County. The barge was scheduled to enter the first lock of the Panama Canal from the Pacific Ocean on June 28 and begin an expected 16-hour trip through the Canal and its six locks before reaching the Caribbean Sea, and then traveling north up the Atlantic Coast of the United States.

The final leg of the journey will be through the Hackensack River with the deck expected to arrive at the project site in Kearny/Jersey City on July 15. The deck will be lifted in place this fall once the tower portion of the bridge is completed.

The $480 million Route 7/Wittpenn Bridge project is being carried out in five contracts to build a new vertical lift bridge just north of the aging, structurally deficient bridge. The replacement bridge will double the vertical clearance over Hackensack River from 35- to 70-ft., and increase traffic safety by making the lanes wider, creating shoulders, constructing a median barrier, and providing pedestrian and bicycle accommodations. As part of the project, improvements will be made to Fish House Road in Kearny to mitigate flooding and improve traffic service in the area.

The orthotropic deck is a lightweight design that has a thin steel plate and a series of ribs and floor beams. It was developed in Germany in the 1930's, and is similar to U.S. Battleship decks, as well as some types of corrugated cardboard.

Vigor is one of the few manufacturers in the United States that make orthotropic decks. Prefabricating the deck results in faster construction and higher quality control, according to the manufacturer. Having a lightweight deck allows the bridge to operate more efficiently, and reduces the amount of future maintenance. The deck also allows for longer span length providing a smoother driving surface.

Although this design has been utilized successfully for thousands of bridges worldwide, it is considered an “up and coming” type of bridge deck in this country with approximately 100 orthotropic bridge decks in the United States.