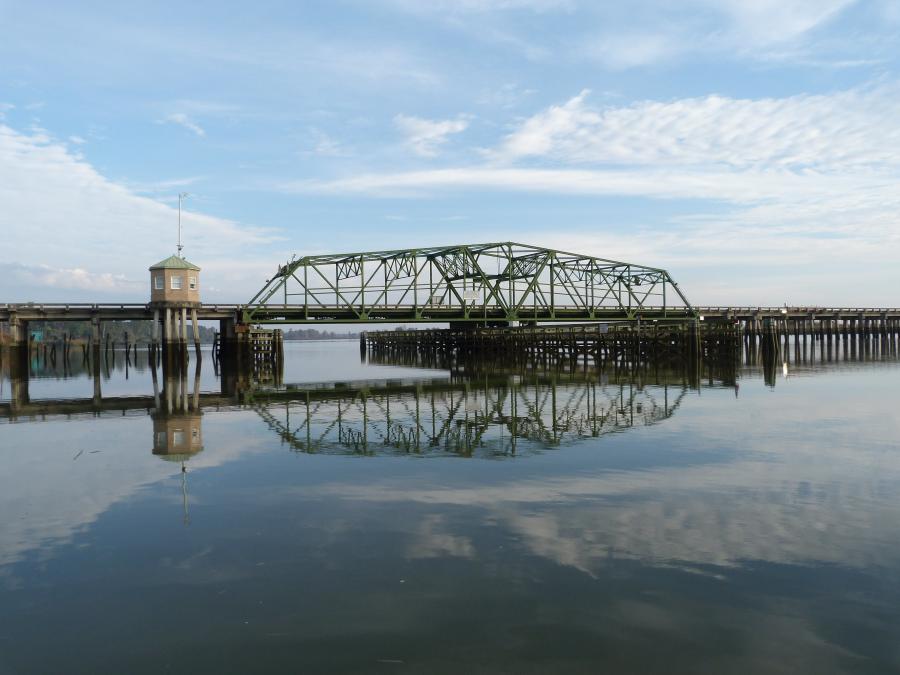 The bridge replacement work, north of Savannah at Port Wentworth, was won by a joint venture of Opelika, Ala.’s Scott Bridge Company and Michael Baker International to replace, in part, the James P. Houlihan Bridge, a two-lane swing-span bridge built in 1922.

A $65.5 million design-build project to replace two bridges on Georgia Highway 25 over the Savannah and Middle rivers in Chatham County highlight recent Georgia Department of Transportation (GDOT) announcements that include contract awards in September for 20 other projects valued at approximately $132.5 million.

The bridge replacement work, north of Savannah at Port Wentworth, was won by a joint venture of Opelika, Ala.'s Scott Bridge Company and Michael Baker International to replace, in part, the James P. Houlihan Bridge, a two-lane swing-span bridge built in 1922. In addition, another nearby GA 25 span from Onslow Island over the Middle River, part of the same causeway and built in the same year, also needs replacement.

GDOT wants to rebuild both due to degrading structural and foundational integrity.

The contractors would construct the new bridges on an off-set alignment approximately 50 ft. to the north of and parallel to the existing bridge alignments, according to GDOT. Blasting activity to remove part of the Houlihan bridge may be required as part of the effort.

The transportation department noted on its website that the successful proposal committed to avoiding any detours during construction as well as a commitment to build and open the Savannah River span seven months earlier than originally planned. Additionally, the joint venture's plan reduces stream and wetland impacts, which eliminates approximately $1 million in mitigation costs.

"Due to the age of this structure, the posting of the bridge structure, the structural integrity of the bridge pertaining to the design vehicle, and the damage to the steel truss section, the replacement of this 94-year-old bridge is essential," said GDOT P3 Construction Program and Design-Build Program Manager Andrew Hoenig.

"The Office of Alternative Delivery looks forward to working with Scott Bridge Company/Michael Baker International on this very important project."

Construction on the bridge replacement project is anticipated to begin in 2022.

GDOT also announced that $8.7 million was awarded to Seacoast Inc., from Oldsmar, Fla., for a bridge rehab project consisting of an overlay of the bridge deck, plus joint replacement, spall repair, epoxy injection, and pile jacketing at various locations on Interstate 95/GA Highway 405 in McIntosh County.

In addition, the transportation department gave a $4.56 million contract to Marietta's Baldwin Paving Co. for a resurfacing project in Gwinnett County. It will encompass nearly 5.5 mi. of milling and plant mix resurfacing on U.S. Highway 10/GA 10 from west of Park Place Boulevard to east of Fountain Drive, and from east of Fountain Drive to west of Park Place Boulevard.

This contract, along with eight other resurfacing contracts, represents 58 percent, or approximately $24.7 million, of the awarded funds in September.

Besides the bigger Chatham County project, bridge rehabilitation projects make up 32 percent, or approximately $13 million, of the GDOT disbursements. The remaining 10 percent is allotted for safety and bridge construction projects at various locations throughout the state. Included in those funds is a contract for a small rural bridge, and its approaches, on Old Trion Highway over Dry Creek in Walker County.