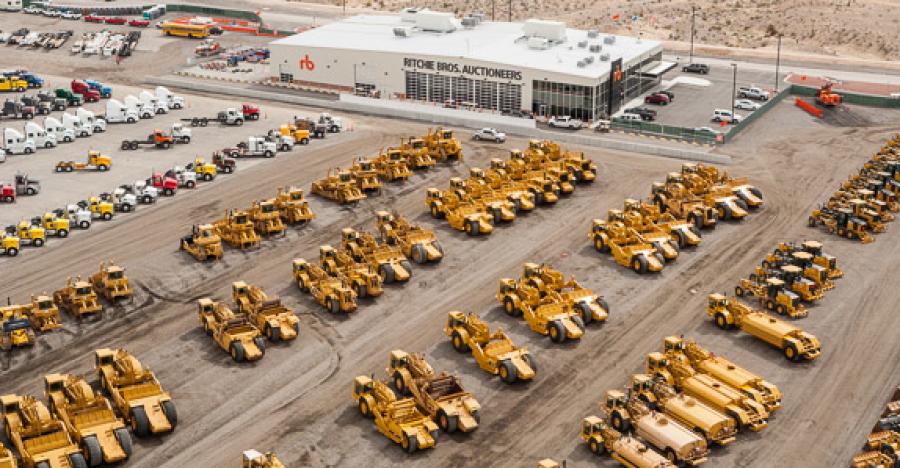 Ritchie Bros. will sell thousands of items for hundreds of companies at its Las Vegas site.

Every three years, the construction industry descends upon Las Vegas for ConExpo-Con/AGG 2017, one of the largest trade shows in the world. With so many industry participants in one place, it's the perfect time for an equipment auction - attracting more bidders and driving great results for consignors. On March 9 - 10, 2017, right in the middle of ConExpo-Con/AGG, Ritchie Bros. will sell thousands of items for hundreds of companies at its Las Vegas site, offering interested bidders the convenience of shuttle buses between the auction site and the strip.

"We hold four great auctions at our Las Vegas site each year, but our auction held during ConExpo-Con/AGG every three years is different," said Ron Moss, Regional Sales Manager, Ritchie Bros. "In March 2014, we sold more than 2,300 items for 400 plus consignors, resulting in US$60+ million in gross auction proceeds—that still stands as our site record. That auction attracted more than 4,750 bidders from 63 countries, which is also still a record."

Mr. Moss continued, "We want companies to benefit from the record crowds we expect this March. We will be marketing to customers in 100+ countries - sending 62,500+ print brochures, 63,000+ emails, along with print ads, airport ads, taxi ads, social media, call campaigns, and so much more. If you're looking to sell, contact us today."

More than 1,000 equipment items have already been consigned for the unreserved public auction, including rock trucks, crushing equipment, concrete batch plants and pump trucks, as well as late-model heavy haul trucks and trailers. For a complete list of equipment visit rbauction.com/Vegas.

More than 150 owners have already consigned equipment to the auction, including Las Vegas Paving and the Komatsu Equipment Company:

"We've been buying and selling with Ritchie Bros. for 25 years and the auctions around ConExpo-Con/AGG certainly have a different feel with bigger crowds on-hand, which helps us get more value for our equipment," said Rick Ewing, coordinator for Las Vegas Paving. "If someone wants to buy a piece of equipment, they are going to come out, or send someone, to take a look at it before they bid so having a permanent site right here in Las Vegas is very important—it's a great facility with lots of room for equipment display. We feel we have one of the best fleets in the nation and Ritchie Bros. represents our company very well."

"We've sold with Ritchie Bros. quite a few times and keep coming back because they get us more bang for our buck," said Brad Tripp, used equipment manager for Komatsu Equipment Company. "We love the live auction both as a seller and as a buyer. It gives people a chance to kick the tires and test the equipment out before they bid. With so many people expected to be flying in for ConExpo-Con/AGG I'm confident the right bidders will be there on auction day, helping us get better returns for our equipment."