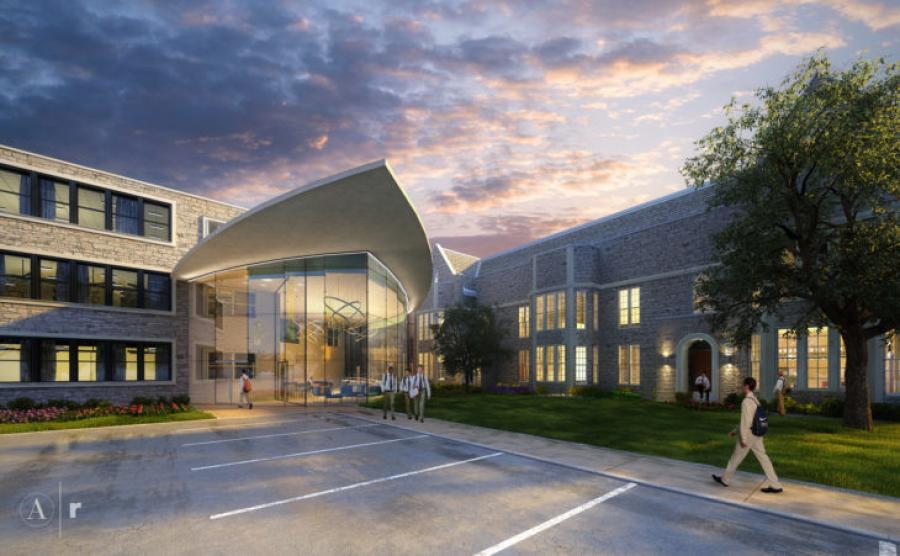 The facility will be located at the Delaware Avenue campus and is the largest in the college prep school’s “Rich Tradition Bold Vision” capital campaign, one that is now approaching $20 million.

A $2.5 million donation was announced recently by Buffalo, N.Y.'s Canisius High School for the building of its new Madden Center for Global Learning.

The facility will be located at the Delaware Avenue campus and is the largest in the college prep school's "Rich Tradition Bold Vision" capital campaign, one that is now approaching $20 million.

The donation comes from a former Canisius High student, Michael Madden, Class of 1967, and founder of the BlackEagle Partners private equity investment firm.

Buffalo Rising, an online media outlet, reported that when the Madden Center for Global Learning is open, it will connect students with resources around the world. It also will help facilitate educational and cultural exchanges and allow students and teachers to better tap into far-reaching Jesuit institutions, Canisius alumni and other opportunities.

Canisius High School is a Catholic private school operated by the USA Northeast Province of the Society of Jesus in Buffalo, just north of the Delaware Avenue Historic District. Founded in 1870, the prep school has historical ties to nearby Canisius College. It has the largest high school student population among private schools in western New York.

Madden grew up in South Buffalo, son of a steel worker, and attended Canisius High on a scholarship. He made a name for himself in and out of school due to being a hard worker with lofty goals, according to Buffalo Rising. His work ethic led him to major successes on Wall Street, where he excelled in global investment banking.

Now, some of that good fortune has been brought back to his old prep school.

"Mike's generosity is a testament to the kind of man he is," explained Canisius President Friar David Ciancimino. "We are grateful for his leadership in this campaign, and for providing resources to enable the school to build on its 150 years of rich history and implement a bold vision of Jesuit education for tomorrow's students."

Madden's accomplishments and largesse also have resulted in Syracuse's Le Moyne College, the Jesuit school where he got his undergraduate degree, to name its Madden School of Business in his honor.

"I consider myself very blessed with a wonderful family, strong personal relationships and some good fortune in my business career," said Madden, who completed his MBA at the Wharton School at the University of Pennsylvania. "I also believe a major underpinning of my life has been the time I spent at Canisius. I applaud Fr. Ciancimino for his vision and I am grateful to have the ability to give back to my alma mater. The Center for Global Learning will enhance the opportunity for today's Canisius students to interact with the global community and gain insight into the critical issues of our time."

Buffalo Rising also reported that Canisius High's other capital campaign initiatives have included new baseball fields at the school's Robert J. Stransky Athletic Complex in West Seneca, the addition of a Center for the Arts to the school's Delaware Avenue campus, and scholarship and financial aid programs.