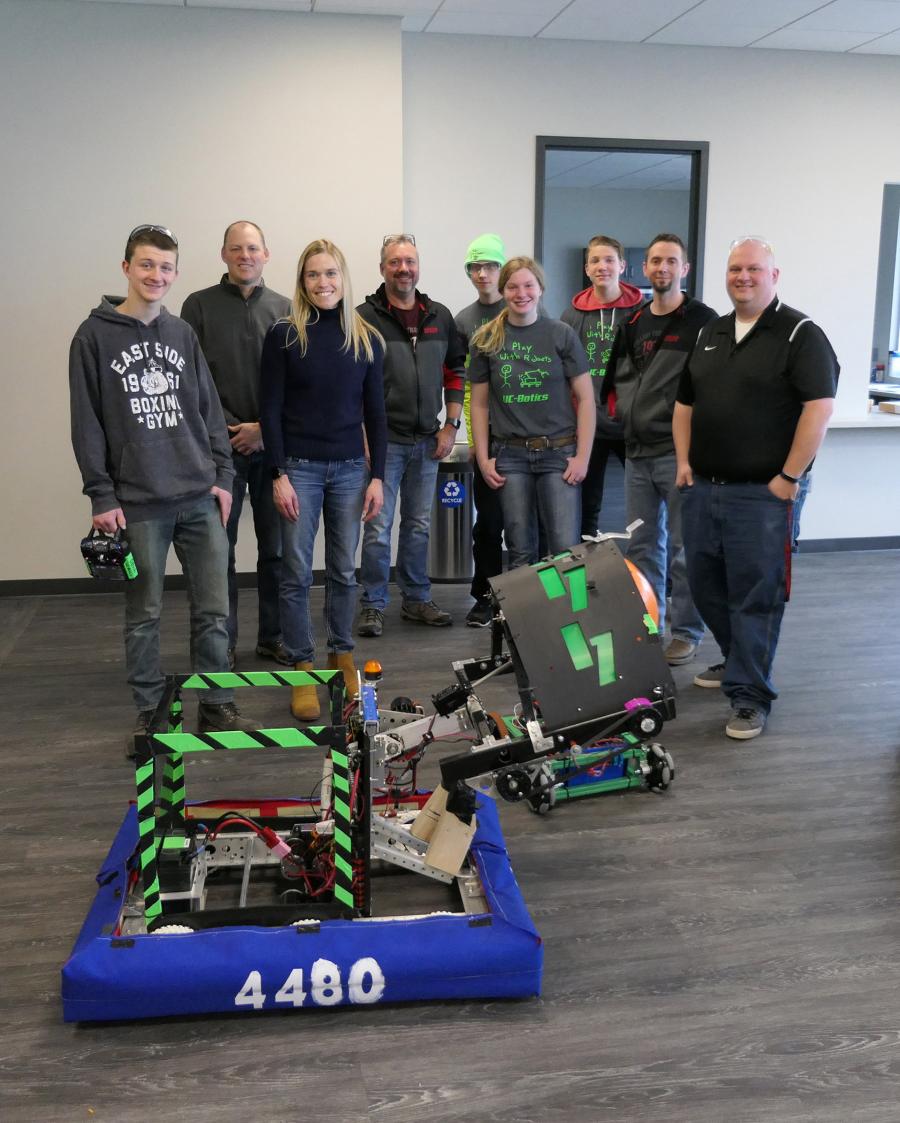 Fanning the flame of innovation in our youth is the responsibility of every company, especially those in the manufacturing trades. As we see many of today's skilled tradesmen/women moving closer towards retirement, we as an industry need to be proactive instead of reactive. Felling Trailers does just this in many different forms including partnering with area schools with a Careers in the Community program where high school juniors and seniors can learn the trade of welding, office administration, and marketing, offering welding camps to girls and boys ages 12-18, giving manufacturing tours to high school and college level students, and sponsoring trade-related programs and teams.

Creativity and innovation have to start somewhere, and Felling Trailers believes it begins with a curious mind and the right opportunities. A mind that looks at a task or a process and wonders how can this be done differently, possibly simplified, or reduce the number of steps or people needed to complete it. This approach is the same mindset of the company's founder, Merle J. Felling, who as a young child made his first trailer from parts of decommissioned equipment to create a rock wagon that would reduce the time and effort to complete the task or clearing a field for planting.

Today a good amount of innovation and progress seen in manufacturing is intertwined with technology and the field of robotics. Robotics has grown into every part of our modern life, everything from cars and smartphones to thermostats and gaming consoles are tied to robotics and mechanical engineering. Felling Trailers Inc. is a proud supporter of area school's robotics teams.

"As a manufacturer, we know how robotic automation can impact production processes. We see first hand the kinds of job opportunities that those individuals with robotics backgrounds will have as members of the workforce. Supporting these area teams the last several years is one way we can be good stewards in our communities and the future of our industry," said Brenda Jennissen CEO of Felling Trailers Inc. 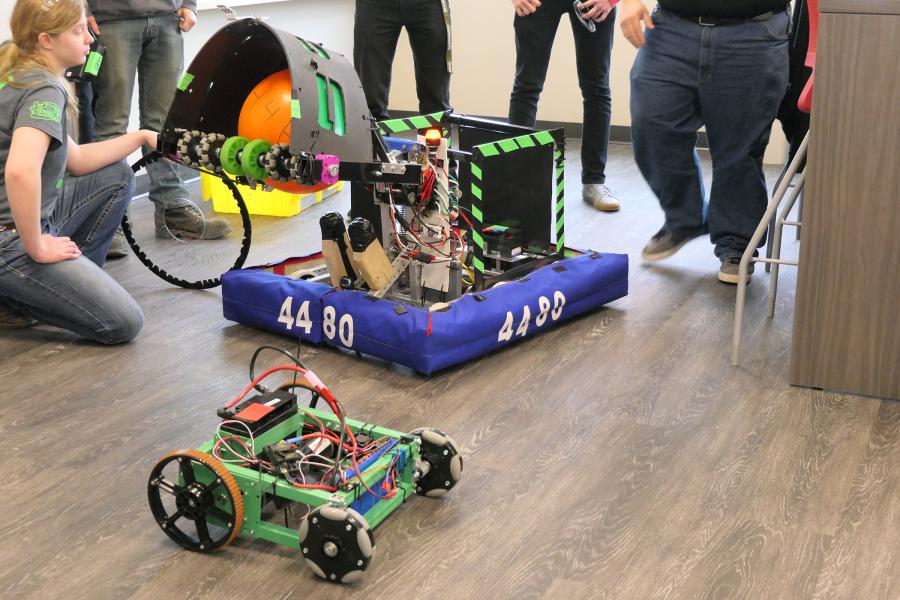 In early April, some of the Felling Trailers Team had the opportunity to see the end product of one of those robotics teams. The UC-Botics Team from Upsala High School came to Felling Trailers to give a demonstration of the robot that the team built and competed with earlier that year. Each year the team competes in the FIRST (For Inspiration & Recognition of Science & Technology) Robotics Competition (FRC), where they play with and against other teams to accomplish a task. The game usually consists of two alliances each made up of multiple different teams. The game changes every season, introducing different concepts of scoring and playing.

During their visit, the UC-Botics team explained the process they went through to come up with their competition robot. Throughout a 6-week period, teams consisting of high school students, coaches and mentors work together to build a robot. Teams are given a standard set of parts; they are also allowed a budget and are encouraged to buy, make, or recycle parts from previous robot builds.

"We started from scratch this time around," said Curtis Robertson, the UC-Botics team's instructor. "It's a team effort all the way; everyone plays a part in the construction of the robot. There's a lot of brainstorming and trial and error," said one of the team members. Some participants excel when it comes to the programming side and for others, engineering and construction. "The opportunity that our area robotics teams provide to the students to work and create together and compete with other teams to solve a common problem in an ever-changing environment, is so valuable. The ingenuity, creativity and teamwork that programs like this inspire in students is priceless," said Jennissen.