The accident took place in what was to be a multi-story parking garage. 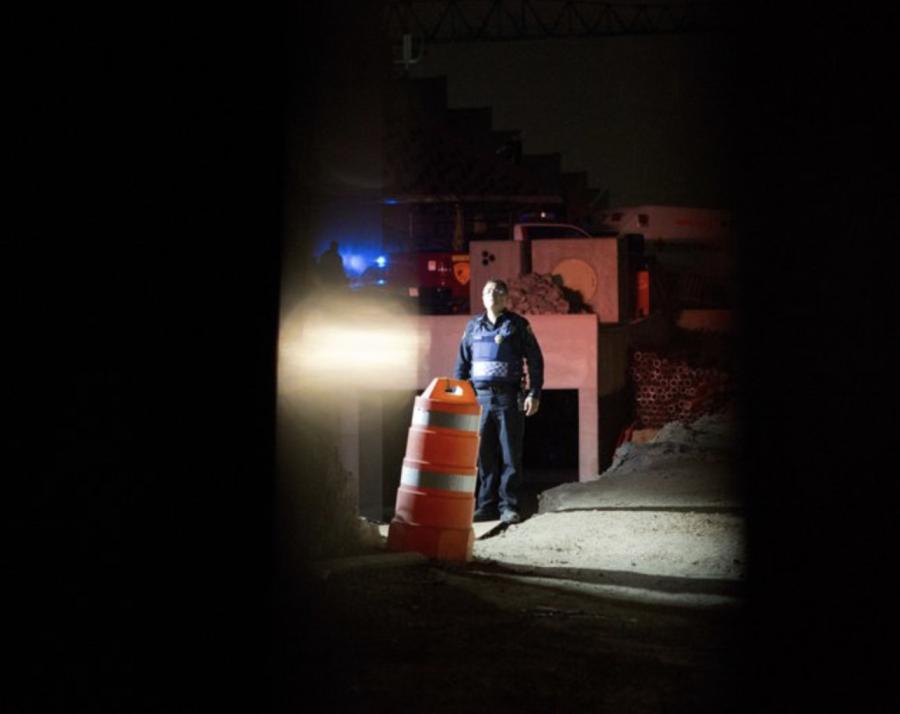 Security forces have closed off the area to onlookers as emergency services assess the scene. (AP Photo/Rebecca Blackwell)

Part of a building under construction collapsed in Mexico City on April 10, trapping workers underneath concrete slabs and leaving at least six people dead and nine injured, an official said.

Mexico City's Civil Protection chief Fausto Lugo said rescuers were using dogs and specialized equipment to look for workers still trapped beneath the rubble but they needed to proceed "with a lot of care to not put at risk" their colleagues and any survivors.

The accident took place in what was to be the multistory parking garage of a shopping center in Mexico City's Olivar de Los Padres district.

A statement from the government of Mexico's capital said initial reports indicated the collapse came when a beam being raised by a crane struck a support column.

An investigation has been opened into the cause of the collapse and to determine if the construction project had the proper permits, said prosecutor Gustavo Omar Jimenez.

The nine injured have been transferred to hospitals, authorities said.

Lugo raised the death toll by one to six late Monday.—AP