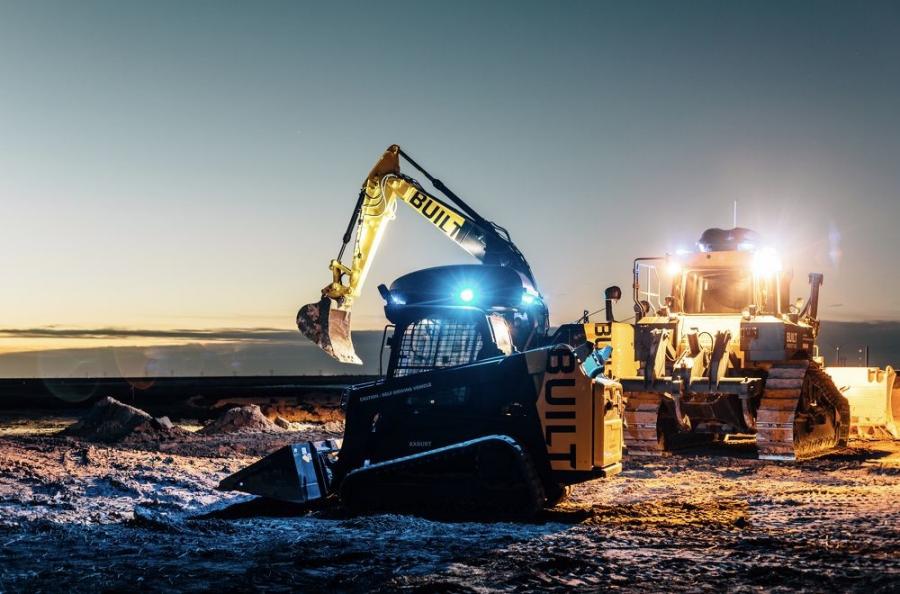 Demand in the construction industry has remained steady since the pandemic began, but productivity has slowed continuously over recent years, in part because skilled equipment operators are hard to find. Because critical infrastructure still needs to be maintained or rebuilt, construction dollars must deliver stronger return on investment and job sites need more efficient tools, contractors are turning to new technologies such as automation and robotics to improve productivity and efficiency.

Automation has been creeping into the construction industry for some time, but robotics and autonomous vehicles have played very limited roles so far. Two men intend to change that.

Noah Ready-Campbell, founder and CEO of Built Robotics, and Andrew Liang, co-founder and lead robotics engineer, met through a mutual friend and launched their company in 2016. Six months later, they had their first prototype up and running. 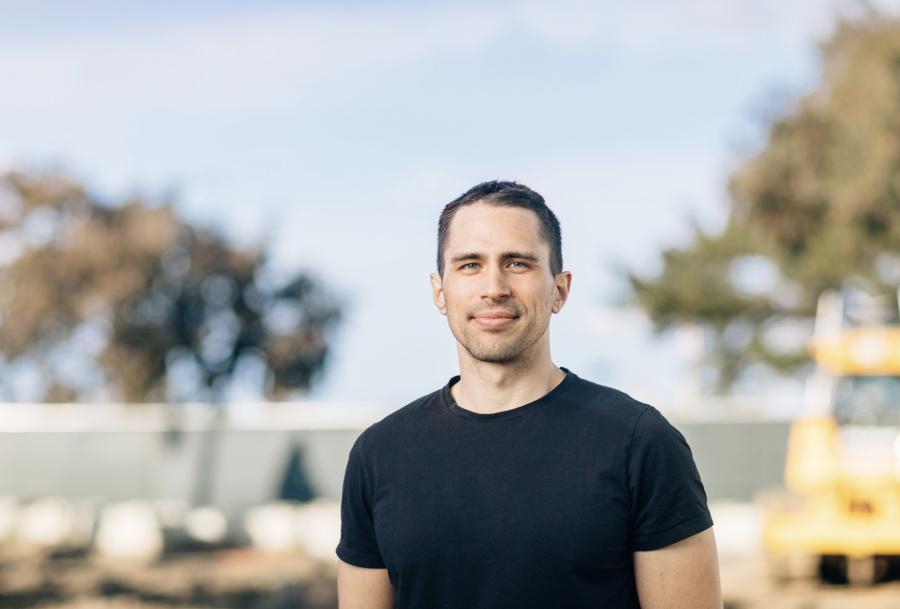 As the son of a carpenter and contractor, Ready-Campbell grew up around construction. He even worked for his dad for a while, renovating old houses. But after college, he took a job at Google.

With a lifelong passion for robotics, he decided to apply one interest to another. In preparation — and on his dad's advice — he rented a John Deere 135G excavator and learned to use it by digging a pond in his family's back yard.

From that simple, self-taught beginning, Ready-Campbell turned Built into a multi-million-dollar start-up that sells equipment that can enable a backhoe or dozer to pilot itself for certain tasks. The equipment consists of a high-powered computer, motion and angle sensors, and a laser scanner called lidar that is often used in self-driving cars.

"In some other industries like mining, robotics has made headway, but Built Robotics guidance systems are the only solutions currently available for construction," said Erol Ahmed, director of communications.

They took a new approach to the business of construction. Built's culture is unique for a technology company, Ahmed said. They work closely with their customer partners, relying heavily on feedback to improve their product. Usually, feedback focuses on reliability and precision when digging, he noted, adding that they also incorporated feedback into building richer software and analytics capabilities, as well as better ways of installing and deploying the machines outside of the technology itself.

"Our insistence on working on site with partners, a real-world testing facility, mandatory construction training, involvement in education, membership in key organizations and industry-veterans as advisors has enabled us to stay close to the challenges and needs of the construction industry and deliver products that work for what people need," Ahmed said.

Autonomous vehicles aren't exactly new; automakers have been working on the technology, particularly in the transportation industry, where Volvo has been developing an autonomous and electric carrier capable of moving heavy loads. Instead of a driver in a cab, the HX2 uses digital logistics-driven control technology to detect people and other obstacles.

But in contrast with autonomous vehicles on public roads, construction projects occur in relatively constrained environments with controlled variables, Ahmed said. Most job sites have few people, and those who are on site are trained professionals, allowing the robots to work in a more predictable setting than the challenging environments faced by self-driving cars.

Many construction sites use drones with sensors such as lidar with GPS. Controlled remotely by mobile devices, they can capture important information from aerial views, which is then used for building information modeling on a project. But Built Robotics is the first to use AI guidance systems on dirt-moving equipment.

Built's technology turns standard construction equipment — including excavators, dozers and skid steers — into fully autonomous robots. The AI Guidance Systems can be installed on almost any kind of heavy equipment from any manufacturer, while still maintaining full manual operation capabilities.

The first prototype was installed on a Bobcat T650. Today, it's fitted on lots of construction equipment; popular machines include excavators, skid steers/CTLs and dozers.

The first customers to use the autonomous robots from Built Robotics were excavation contractors in the California Bay Area in early 2018.

Since then, Built Robotics has deployed autonomous heavy equipment to numerous construction projects, including critical infrastructure projects in the renewable energy, oil and gas pipeline industry and water distribution, across the United States and in Australia. 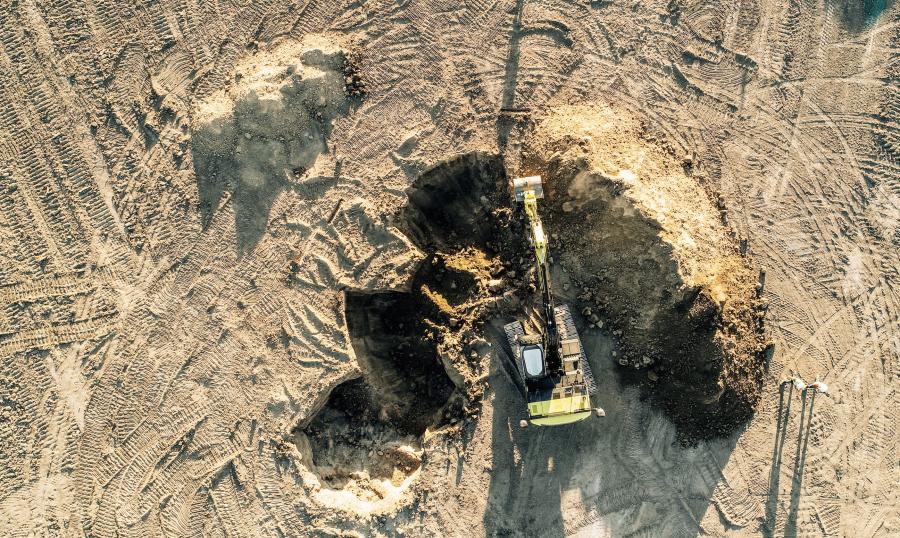 "The robots have excavated foundations for wind turbines across the Great Plains, handled demolition operations for parts of the I-5 highway system in California, graded pads for large-scale residential developments and dug trenches for energy projects," Ahmed said.

The upgraded equipment is able to perform jobsite activities completely autonomously, Ahmed said, such as digging trenches, excavating foundations and grading building pads. "It cannot do everything a skilled operator can do," he admitted, but it can focus on "automatic, discreet, specific tasks."

The equipment excels in greenfield excavation: areas without underground infrastructure and those that consist of "fresh" dirt.

"Right now, those are the best areas for our robots to operate in," Ahmed said. "The robots are best used for excavation tasks: trenching, excavating, backfilling, grading, compaction, demolition, clearing [and] foundation digging."

An autonomous fleet can be managed via a Web-based platform, allowing equipment operators on site to supervise and control the robots. After an operator specifies the GPS coordinates of an area to be dug, an excavator will drive itself to the starting point and proceed to complete the job, digging up to thousands of feet of material a day. One person should stay on site, though, in case a problem arises, Ahmed advised.

When the robots operate out in the field, they send feedback data to software located within an onboard computer. The data includes information about the terrain conditions, obstacles, GPS, safety geofence and topography. If the information differs from the site plans, the robot will make adjustments or pause working. However, if conditions are dramatically different or are unknown, the robot will stop to allow a person (in this case, a remote operator) to make manual adjustments or resume manual operation of the robot. 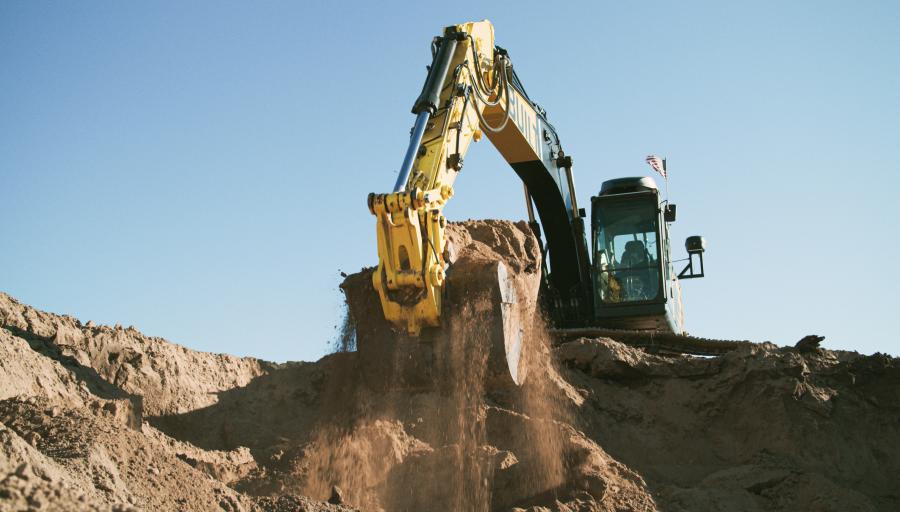 "The robots know what their safe operating angles, loads and ranges are," Ahmed said, "so if the terrain or weather is stressing those limits, the robots will stop working and a remote operator will step in to adjust and recalibrate."

No need for an engineer to program it; the user simply needs to input basic coordinate data, such as a start and end point. The robot figures out the rest.

"Built's software is designed to be simple and easy to use," Ahmed said, adding, "A user should be comfortable with construction drawings and plans, computer usage and have a knowledge of equipment and electronics maintenance to use our software most effectively."

Countless changes have made valuable improvements to the technology and hardware on the equipment, Ahmed acknowledged. While too many to list individually, the major areas of improvement include:

"A single operator can supervise a fleet of equipment instead of being tied to one machine," Ahmed said.

Autonomous vehicles and construction robotics are not intended to replace manual labor, but they can increase productivity, enhance efficiency and promote safety by eliminating human error.

Tasks can be isolated and individually automated without disrupting other aspect of the work site. This allows the robots to focus on one problem, solve it and move on to the next task.

The construction industry has been historically slow to adopt new technology, but there's no escaping the automation revolution. Autonomous equipment will become standard in the industry for a number of reasons, changing the playing field as it gains acceptance.

Ready-Campbell told Wired that the unions were initially skeptical when his company's technology began appearing at construction sites. 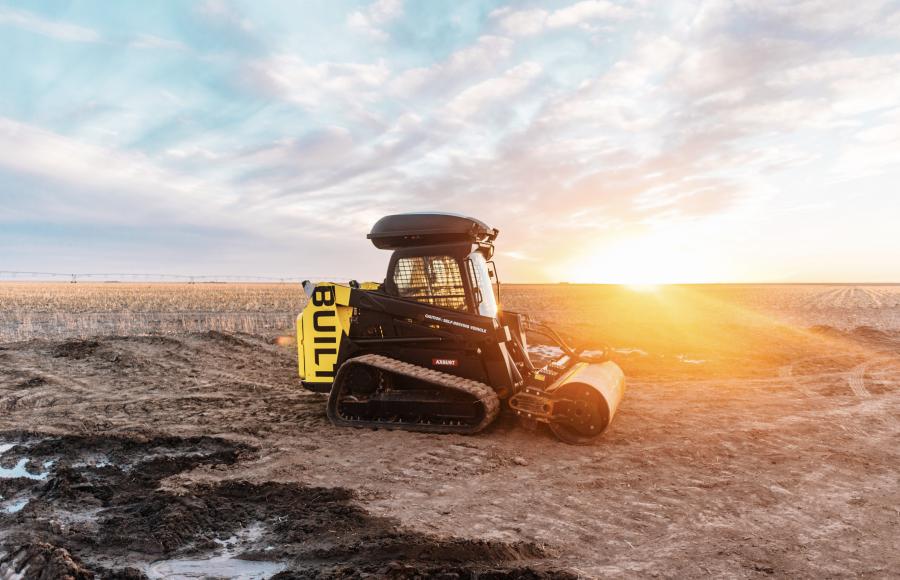 "We got a lot of questions early on about whether these robots are here to steal jobs. The answer is no."

He explained that the computers are not "smart enough" to steal jobs, but they can make life easier for operators by allowing them to perform the "more challenging and valuable work" like more complex excavations.

While declining to specify the payback period because it varies according to the situation, Ahmed said that customers using Built's AI technology often realize savings and productivity improvements almost immediately because they can re-deploy skilled workers to higher-level tasks and increase throughput and working hours on the job site.

Not only that, robotic technology creates a new class of work.

"Robots require new skills and ways of working at the job site, which is enabling a new class of laborer to exist," Ahmed said.

He believes that "upskilling" workers into new careers will protect jobs from changes in the market.

"By letting robots handle mundane tasks, existing skilled laborers can focus on new types of work and higher-level demands. The goal of automation is to help increase productivity and focus human labor on the highest-value activities so that the economy can continue operating at a fast speed."

With many current equipment operators nearing retirement age at a time when the Bureau of Labor Statistics forecasts a 10 percent increase in construction jobs until 2028 — twice the rate for other occupations — the timing may be right for autonomous equipment.

It's coming. Sources such as Tractica and Research and Markets estimate that the market for construction robotics could grow to somewhere between $126.4 million and $226 million by 2025. The International Federation of Robotics and the Robotic Industries Association predict a compound annual growth rate of 8.7 percent between 2018 and 2022.

One thing that expedites Built's foray into autonomous vehicles is that they don't need regulatory approval if they aren't working on public roads. That makes the time to market shorter than consumer self-driving cars. 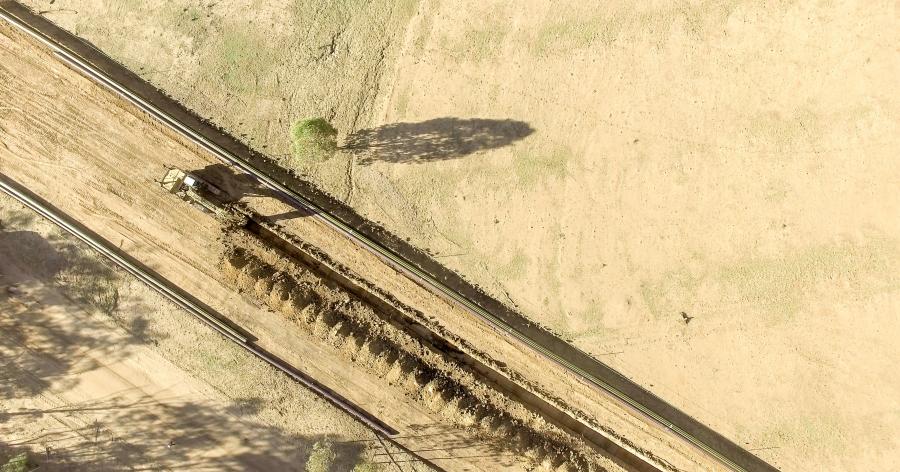 "It's faster to develop and deploy robots in construction," Ahmed said. "Construction sites function differently from public roads, where there is a larger body of regulatory laws. Different government agencies have oversight of requirements for running equipment on public roads that construction sites do not need to take into account. The technology can be deployed faster because the robots can be deployed in specific terrains and environments."

In fact, they're already working, mainly on energy projects, digging foundations for wind turbines or oil and gas pipeline trenches.

Ahmed detailed the value of autonomous equipment in the construction industry that will result in the continued rise of their use. Technology startups have historically ignored the construction industry because of their unfamiliarity with the market and the complexities involved in selling and distributing to construction companies, he said, but it left an opening for innovation. Construction labor productivity has fallen over 50 percent over the past few decades, taking into consideration rising wages and cost of living, combined with little development of new construction tools and methodologies.

"While other industries have been transformed, construction has stagnated. The effect is that, adjusting for inflation, a building today costs twice as much as it did 40 years ago."

He said Built sees robotics as "the foundation of economic growth" that will help the industry rise to meet these challenges. "We see robotics as being one key to how we tackle and conquer our biggest challenges in the built world. Our roadmap for the next year is about scaling our technology and getting it into as many hands as possible." CEG