Busy 11-Mile Stretch of I-17 Being Resurfaced This Spring 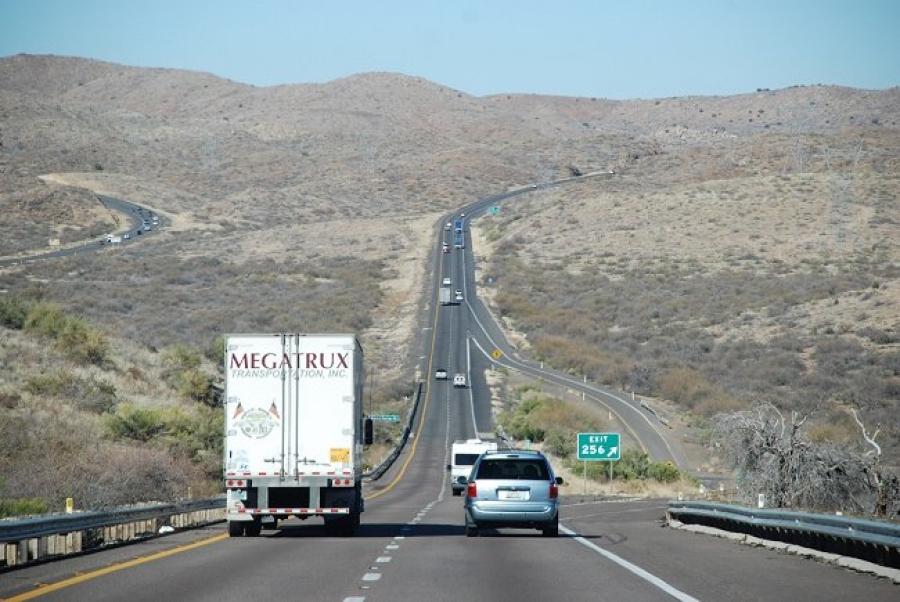 Final Four college basketball events are taking place. I-17 also will remain open over the Memorial Day weekend in late May.

An 11-mi. (17.7 km) stretch of Interstate 17 (Black Canyon Freeway) in Phoenix will be resurfaced with a new layer of smooth rubberized asphalt starting in mid-March.

The work is part of the Arizona Department of Transportation's $9.8 million I-17 improvement project between Peoria Avenue in north Phoenix and 19th Avenue south of the downtown area, which started last fall with sidewalk and wheelchair ramp improvements at cross-street interchanges.

While drivers can look forward to a smoother ride on this stretch of I-17, the pavement-replacement work will require a series of weekend closures between March and early June.

The paving is scheduled to start the weekend of March 17 to 20, when southbound I-17 will be closed between Peoria Avenue and Glendale Avenue. Plans call for weekend closures to continue along southbound I-17 before crews begin resurfacing the northbound side of the freeway. The schedule is subject to change due to inclement weather.

I-17 will be closed one direction at a time for approximately 3-mi. (4.8 km) stretches each weekend while the rubberized asphalt paving takes place. Drivers should consider alternate routes, including state Route 51 or Loop 101, while I-17 is closed.

Travelers can expect heavy backups and delays when I-17 traffic is detoured to the freeway's frontage roads or, in areas without frontage roads, to 19th Avenue.

Closures will not be scheduled on the weekend of March 31 to April 3 when the NCAA's Final Four college basketball events are taking place. I-17 also will remain open over the Memorial Day weekend in late May.