Butting In: Cigarette Waste May Be a Key Asphalt Ingredient

Each year, close to six trillion cigarettes are produced, and from those comes over 1.2 million tons of cigarette butt waste. 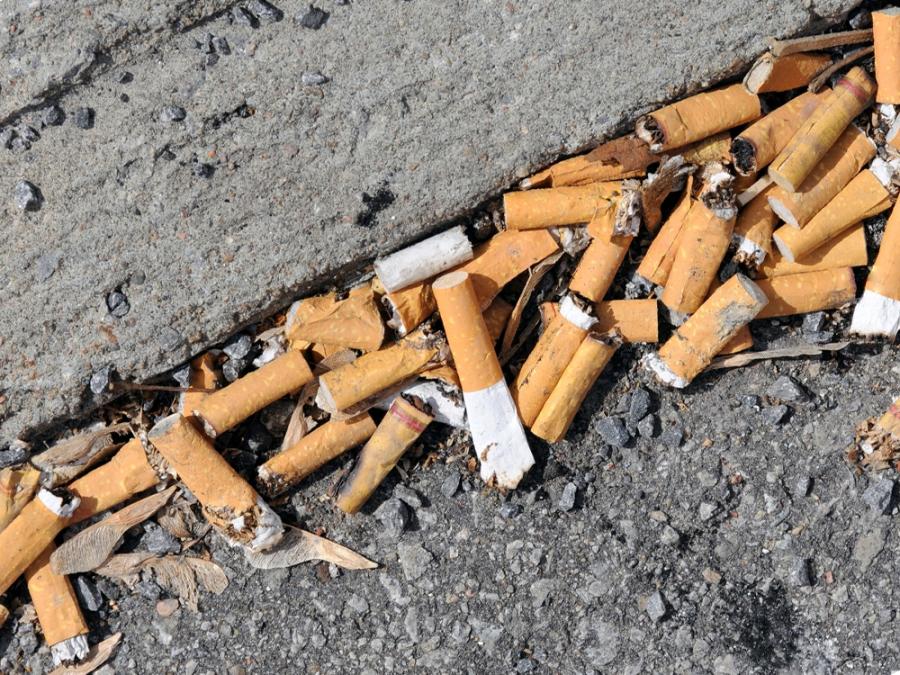 Mohajerani's team worked to find a way to prevent the toxic chemicals from the cigarette butts from leaking into asphalt's surroundings.

Cigarette butts could soon be the asphalt industry's new hot material, according to research conducted by Dr. Abbas Mohajerani and his team at RMIT University in Melbourne, Australia.

The trillions of cigarette butts that are produced each year release toxic chemicals into waterways, and take a long time to break down, MedicalXpress reported.

However, Mohajerani's research has revealed that mixing cigarette butts with asphalt can withstand heavy traffic and reduce thermal conductivity, which would not only diminish a worldwide waste issue, but also cut down on the urban heat island effect in cities.

Mohajerani's team worked to find a way to prevent the toxic chemicals from the cigarette butts from leaking into asphalt's surroundings.

"In this research, we encapsulated the cigarette butts with bitumen and paraffin wax to lock in the chemicals and prevent any leaching from the asphalt concrete. The encapsulated cigarettes butts were mixed with hot asphalt mix for making samples," Mohajerani said.

Each year, close to six trillion cigarettes are produced, and from those comes over 1.2 million tons of cigarette butt waste, MedicalXpress reported. As the world's population increases, these numbers are expected to rise by more than 50 percent by 2025.

Because of this, Mohajerani and his team's research couldn't come at a better time.

This isn't Mohajerani's first foray into cigarette butt recycling methods. In 2016, he became known worldwide for his research on recycling cigarette butts in bricks, MedicalXpress reported.

"Cigarette filters are designed to trap hundreds of toxic chemicals and the only ways to control these chemicals are either by effective encapsulation for the production of new lightweight aggregates or by the incorporation in fired clay bricks," Mohajerani said.