Opponents of the project are seeking an injunction against spending the bond funds and contesting the constitutionality of the legislation. 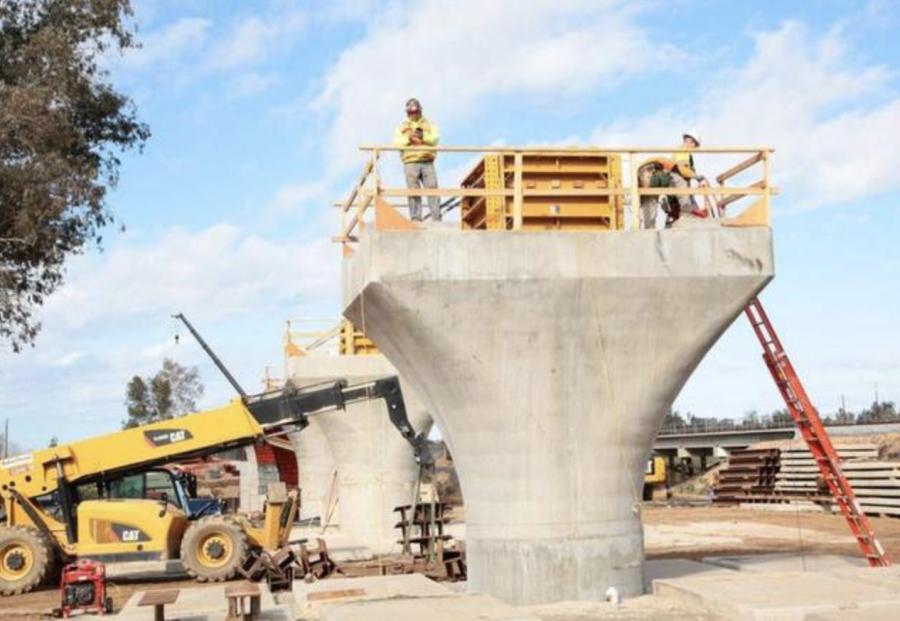 The project has $3.5 billion in federal grants and $1.2 billion in state greenhouse gas fees. Photo via California High-Speed Rail Authority.

The California treasurer sold $1.2 billion in bonds Thursday to help finance construction of high-speed rail in the Central Valley, a significant development after years of delays in tapping the bonds that taxpayers approved in 2008.

The move makes clear that Gov. Jerry Brown wants to move forward with the $64-billion project in the face of difficult political, technical and financial challenges.

The bullet train is years behind schedule, faces stiff opposition from state Republicans and has failed to identify sources of funding necessary to complete even a partial system.

But proponents have argued that such mega-projects often face financial uncertainty.

The terms of the bond sale were not immediately available from Treasurer John Chiang.

The bond sale follows a key administrative step in February, when the state's finance director approved a funding plan to use the bonds for the Central Valley construction. That funding plan was facilitated by legislation last year that amended the bond act to weaken legal opposition.

Opponents of the project are seeking an injunction against spending the bond funds and contesting the constitutionality of the legislation. A hearing in Sacramento County Superior Court on the matters is scheduled Wednesday.

The bond funds are critical to current construction efforts in the Central Valley. They would help finance about 118 miles of construction from Madera to Shafter, not including electrical power systems, signals or trains.

Any spending from the bonds, which are taxable for investors, must be matched with money from other sources. So far, the project has $3.5 billion in federal grants and $1.2 billion in state greenhouse gas fees.

That would give the rail authority a budget of roughly $9.4 billion for the Central Valley work and commitments made to do early work on the Southern California and Bay Area segments.

The Central Valley cost alone is officially estimated at $7.6 billion, though the Federal Railroad Administration estimated in December that the cost could reach $10 billion, meaning the state could have to scramble to find extra money.

But California High-Speed Rail Authority officials have said the federal estimate is wrong and have argued the estimate was merely a risk-management tool.