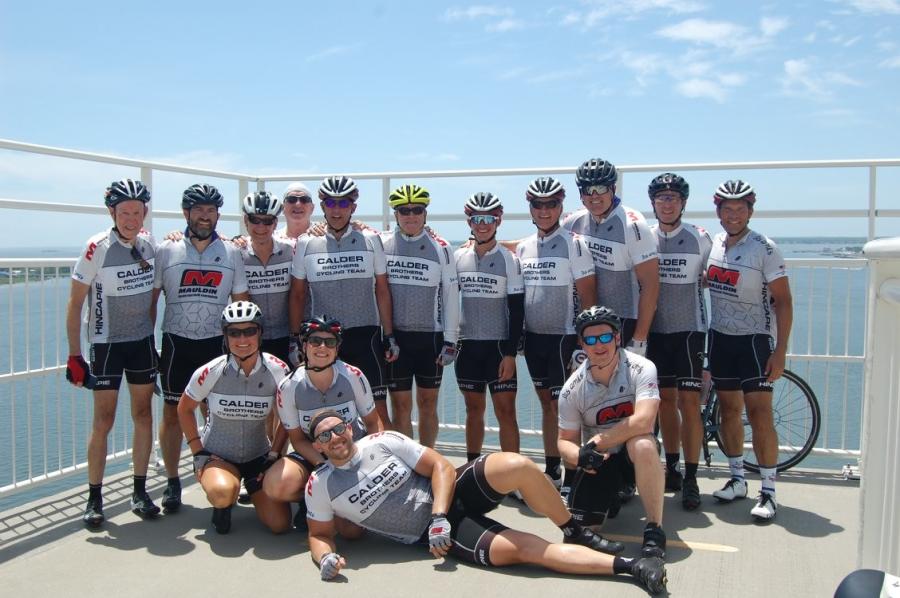 Fifteen cyclists sponsored by Calder Brothers Corporation, manufacturer of Mauldin Paving Products, recently participated in "A Ride to Remember" cycling event raising $42,392 for the Alzheimer's Association. The Calder Brothers team cycled 252 miles across the state of South Carolina to help advance research and bring an end to Alzheimer's disease. More than 330 cyclists participated in the event, raising more than $550,000 for the Alzheimer's Association.

The scenic, three-day journey began July 12 in the upstate, with cyclists winding through the South Carolina back county, Simpsonville to Newberry (65 miles), Newberry to Orangeburg (87 miles) and Orangeburg to Charleston (100 miles).

"Our team was formed to honor my dad, the late Robert Calder, who passed away in 2014," explained executive vice president Glen Calder. "It was an honor to ride in his memory and others who have lost loved ones suffering from the disease. We received many notes of encouragement and support. Several donors shared their own heart-felt, personal stories of loved ones suffering from the disease. The very real possibility that the money raised could actually help find a treatment for the disease was inspiring. We are grateful for the generosity of the donors who supported our team and hundreds of other cyclists who participated in the event."

The mission of the Alzheimer's Association is to eliminate Alzheimer's disease through the advancement of research; to provide and enhance care and support for all affected; and to reduce the risk of dementia through the promotion of brain health.