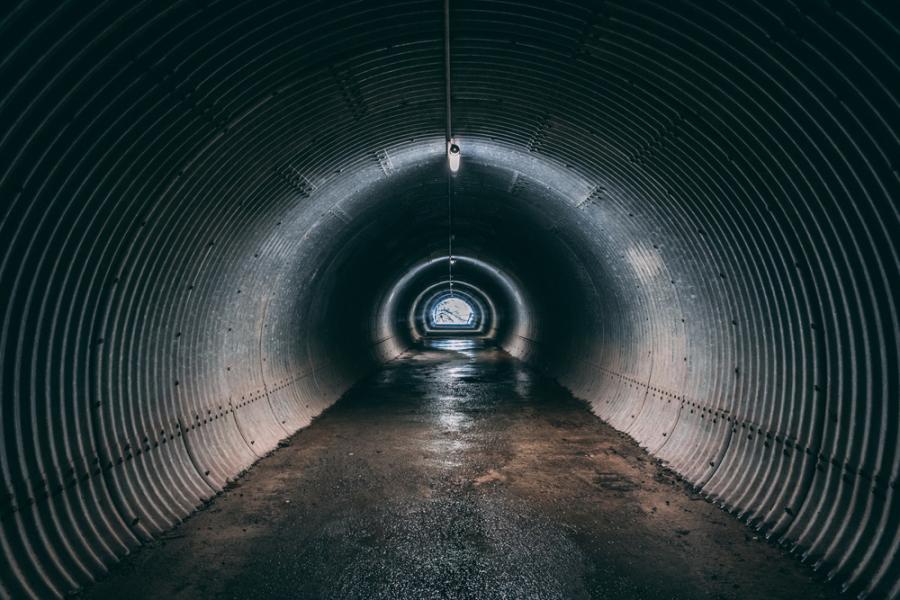 SACRAMENTO, Calif. (AP) A new plan to reroute how water moves from wetter Northern California to drier Southern California would ferry some of it through a single, 45-mi. underground tunnel, wrapping around the state's existing water delivery system and dumping it into the main aqueduct that flows south to vast swaths of farmland and millions of people.

The proposal would build one tunnel to take water from the Sacramento River, the state's largest, to the California Aqueduct for delivery further south. It's scaled back from the two-tunnel plan championed by former Gov. Jerry Brown and the latest iteration of a project that has been talked about and planned in some form, but never constructed, for about half a century.

When Gov. Gavin Newsom took office in 2019, he ordered water officials to scrap the existing plan and start over. With one tunnel, the new proposal moves less water and aims to reduce harms to the environment. But most critics said the new route will still harm endangered species like salmon and people who rely on the water in the north.

The two sides have become so entrenched that the project's fate will ultimately depend on whether Newsom or a future governor can muster the political will to push it through, said Jeffrey Mount, a senior fellow of Water Policy Center at the Public Policy Institute of California.

"This project is unlikely to be decided on its technical merits," he said.

State water officials said a tunnel is badly needed to modernize the state's water infrastructure in the face of climate change, which scientists said is likely to cause both prolonged droughts and major deluges of rain and snow. It also would better shield the state's water supply from the risk of an earthquake that could cause levees to crumble and ocean salt water to flood into the system.

Though California is in the third year of a punishing drought, it saw record rainfall last October and another major dump of rain and snow in December, some of which the state was unable to capture.

"Our water infrastructure was not built for that," said Wade Crowfoot, secretary of California's Natural Resources Agency.

The Department of Water Resources plan analyzes the effects of the project on the environment, residents, fish and farmland.

Officials did not release a price tag. A prior estimate for a different single-tunnel route put it at approximately $16 billion. It would be paid for by water agencies that contract with the state to use it.

Still, even if the political support to build it is there, construction likely wouldn't break ground until at least 2028 and would take more than a decade, said Carrie Buckman, environmental program manager of the project.

The preferred route would build two stations to pull water from the Sacramento River just south of the capital city, then carry that water south alongside Interstate 5 before breaking off toward Bethany Reservoir at the top of the California Aqueduct, the state's main channel for moving water south, built in the 1960s.

Two in three Californians, or approximately 27 million people, rely on water that comes from the Sacramento-San Joaquin River Delta, a vital estuary where the two rivers mingle with tidal flows from the Pacific Ocean before it is conveyed south through the State Water Project.

At the southern end of the Delta, state and federally run pumping plants suck up the water and send it south. The proposed tunnel project would take the water from the Sacramento River before it reaches the Delta.

The Metropolitan Water District of Southern California is the state's largest water contractor, using water from the Delta to supply 19 million people, including the city of Los Angeles. The district is working to expand its supply from other sources, but the tunnel project is critical to provide flexibility and ensure the state is capturing all of the water that it can, said Adel Hagekhalil, the district's general manager.

The Delta region is home to millions of people, more than 625 sq. mi. of farmland and critical species like endangered salmon and Delta smelt. Advocates worry the tunnel will divert that fresh water before it reaches them.

The state already lacks enough water to keep the Delta flourishing and to fulfill its existing water delivery contracts.

State officials said the tunnel would only be used when there is a lot of water flowing through the river, like after a major rainstorm. Environmental restrictions already limit how much water the Delta pumps can move at certain times of year, regardless of supply, to avoid harming fish.

Water officials said the chosen path would have the least negative consequences of the various options. Still, the 10-year construction would require removing 71 buildings, including 15 homes, as well as overtaking 2,340 acres of farmland and running through cultural resources and sites significant to tribal communities, the report said.