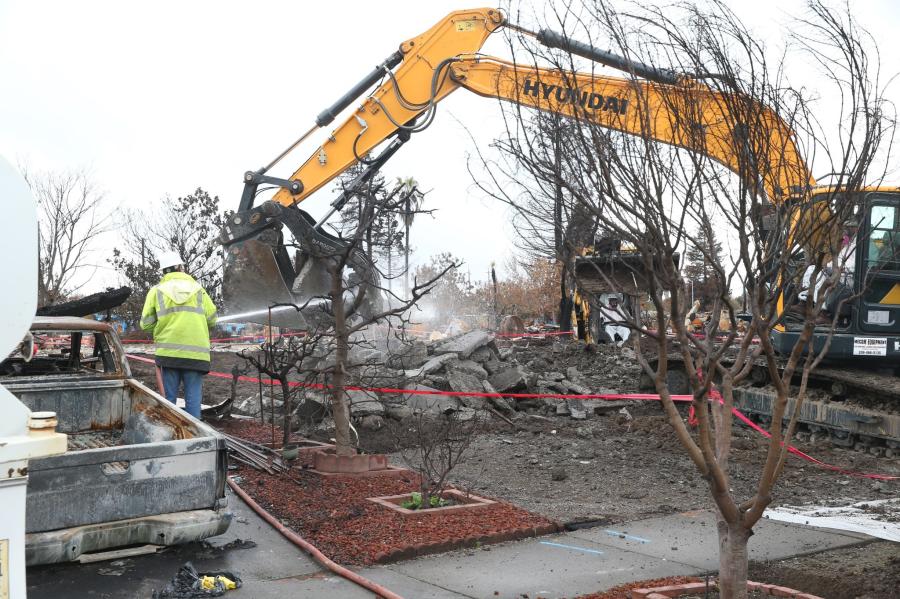 More than 11,000 property owners have signed up with CalRecycle’s California Debris Removal Program, which charges no out of pocket costs. Property owners also have the option of hiring private contractors. (Governor’s Office of Emergency Services photo)

The devastating fires in northern California have long been doused, but clean-up efforts will likely be ongoing for another year. As many as 19,000 structures on 14,000 properties were destroyed. Of those property owners, 11,000 have signed up with the California Debris Removal Program, which charges no out of pocket costs. Property owners also have the option of hiring private contractors.

Site assessments started in December with the first of debris removal in January, said Lance Klug, spokesman of CalRecycle. 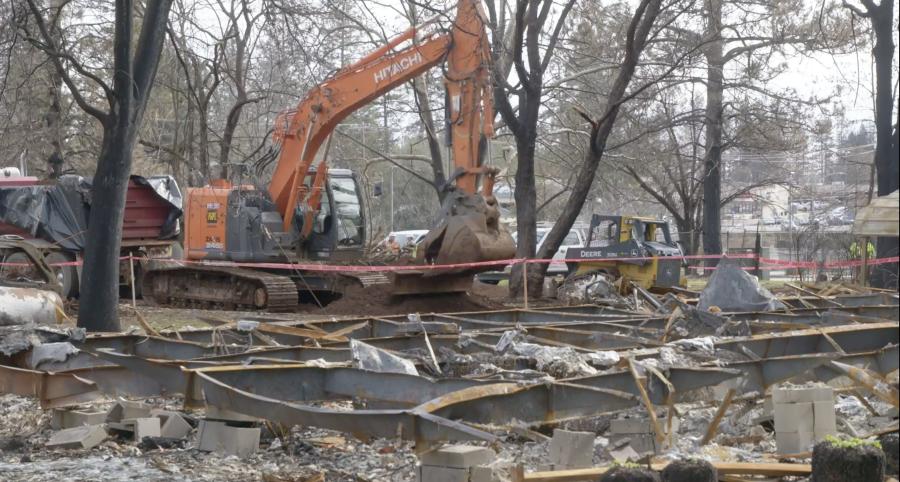 Phase 1 begins with a joint effort between the California Department of Toxic Substances Control and the Environmental Protection Agency, to identify and remove household hazardous waste.

"This is the very, very first step," said Klug, "Obvious asbestos is removed in Phase 1. CalRecycle crews come in during Phase 2 to remove remaining bulk asbestos. The property owner signs a contract to allow contractors access and the debris removal crews come in and take photos and document everything."

Primary contractors include: ECC Constructors LLC and SPSG Contractors JV in the town of Paradise; and Environmental & Demolition Services Group outside of Paradise in Butte County. 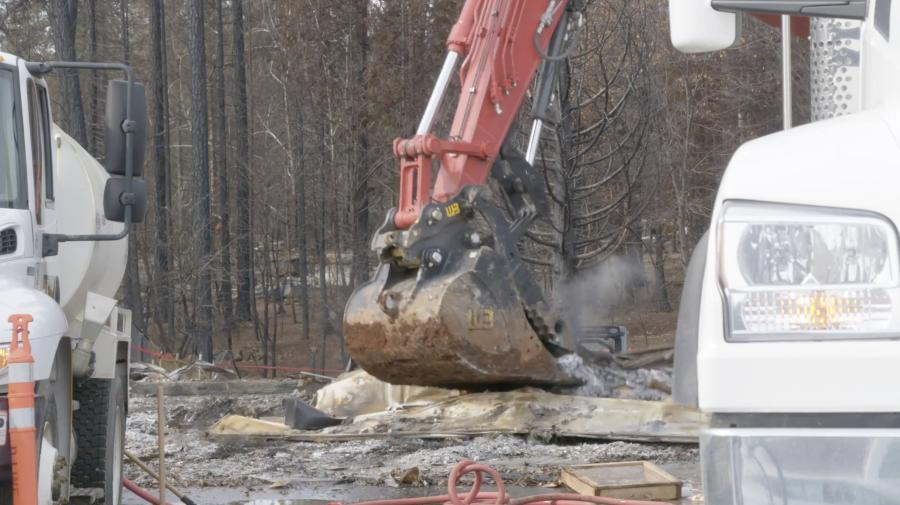 Debris removal teams consist of three to five workers who are equipped with an excavator, Bobcat, hydraulic concrete breaker, when needed, dump trucks and water trucks, as required. Water hasn't been an issue lately because the area has seen a fair amount of rain, so much so that work had to be called off for several weeks.

"We've had delays due to rain," Klug said. "We can't have fully loaded dump trucks going down steep, wet roads. We don't want any debris going airborne. We have 11,000 properties that need debris removed. On every single lot, we're watering the lots. This decreases the chance of the debris going airborne. While the debris removal is happening, there also is watering that is taking place." 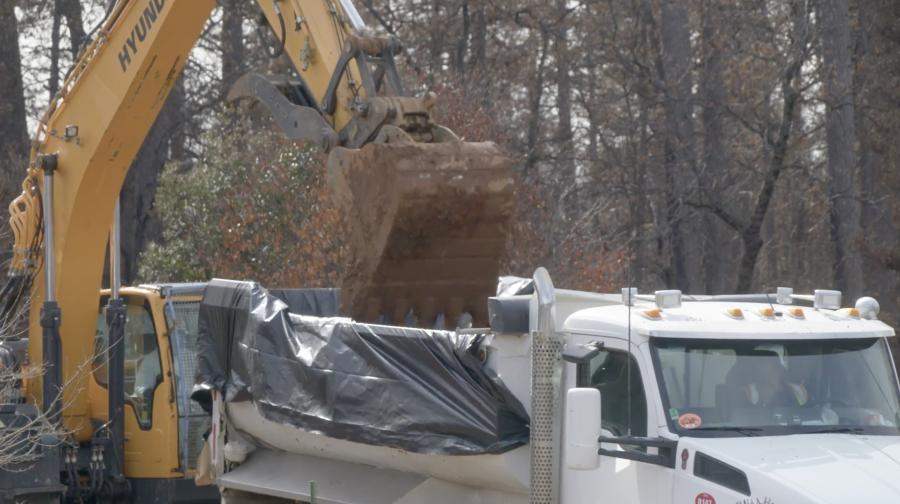 Debris is loaded into dump trucks wrapped in plastic liners to ensure nothing seeps out in transport to the landfill or recycling center. Each crew removes 10 to 20 truckloads a day, depending on the crew.

"A site supervisor monitors and tracks all the material that goes out," Klug said. "Once a truck leaves, the supervisor scans the truck so we know what kind of material it is carrying, where it is going and where it came from. The truck is scanned again on arrival at its destination, where it is weighed and material electronically tracked. All material is traced back to a lot."

After debris removal completed, soil samples are taken using a grid system to test for contamination.

"Prior to doing all this, the teams collected soil samples in unburned sites," Klug said. "There are natural things in soil. We are trying to get soil back to preburn condition. Three to six inches of soil will be removed during initial removal of debris. If soil samples come back clean, we move on to the next step. If portions need to be re-scraped, that takes place. We're not going to keep scraping and scraping and leaving a giant hole. If soil is not meeting cleanup standards, we can assume historical contamination related to mining, prior burning, or similar factors exist that require additional expertise and mitigation. Those sites are referred back to the California Department of Toxic Substances control." 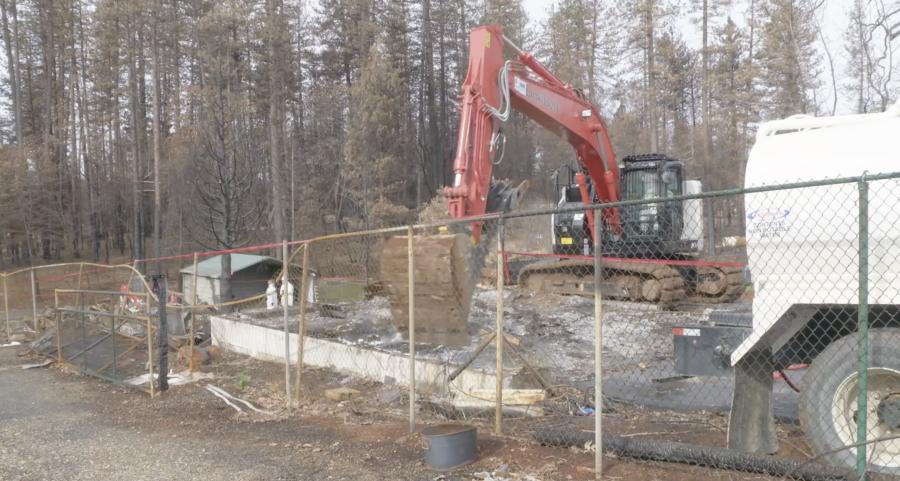 When that is complete, there is final inspection and the homeowner given a permit to start rebuilding.

While the fires were deadly and devastating, there is one positive note: jobs.

Currently there are 108 debris removal crews at work, with another 40-odd crews expected to be added on for a total of 150 crews.

Because even temporary housing is in high demand, contractors must establish base camps to house roughly 3,000 workers for the coming nine to 16 months.

"Obviously, the community is disrupted," Klug said. "The removal creates concerns with traffic. The rainy winter months were challenging. But late April through fall, we'll be able to make progress more quickly."

Klug said that as of April 24: