Roland said the team was initially scheduled to stay and help for two weeks, but they decided to extend their time an extra week because of all there was to do. 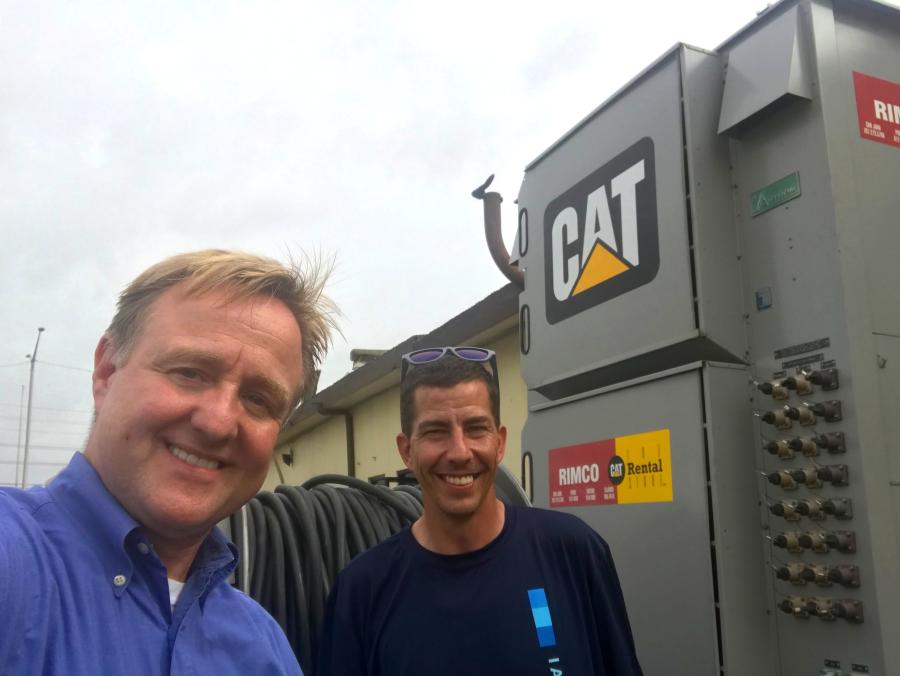 When Hurricane Maria devastated Puerto Rico in October, employees at Carolina Cat of Charlotte, N.C., knew they had to help out.

A few years ago, the company had joined up with RIMCO Cat of Puerto Rico to work on a few projects, so after the storm swept through, Carolina Cat reached out to their fellow dealer again to see what they could do.

“We offered to send techs down,” said Eddie Roland, general manager of advanced electrical services and product support sales of Carolina Cat. “Some of their techs lost homes — most were without water and power … they asked us to get there ASAP.”

Irv Sharp, general service manager of Carolina Cat, spoke with the company's leadership and organized a team of four technicians, plus Roland, and sent the team to help. Getting a commercial flight into the island was impossible, but the team managed to catch a lift on a small, private aircraft. The island's international airport was closed, so they landed at another airport, typically used by FedEx, which had been taken over by FEMA and the FAA.

“When we got there, close to 1,000 people were trying to leave — tourists, Puerto Ricans,” said Roland.

Because the airplane was small, the team couldn't bring much with them by way of supplies, but they did pack smaller tools and their own water supply — a vital resource because the power outage meant that the water plants couldn't get water to the island's residents.

When the team landed, virtually all of the power on the island, for those who had it, was coming from diesel-powered generators, which were in need of Cat technicians to perform maintenance and repairs.

When it came to the generators, there were two main issues, said Roland. First, the generators were built to run for only about 8 to 10 hours at a time, not for days — let alone weeks — and with key industries, like hospitals, pharmaceutical companies and more, using them to keep their facilities running (for many Puerto Rico residents, no power meant no work, and no paycheck), the technicians needed to perform maintenance on the equipment without turning it off.

Also, residents were getting fuel for their generators from anywhere they could, and it wasn't easy. Because the roads weren't clear, drivers couldn't get to their fuel trucks, and fuel trucks couldn't reach the docks on the island's north side to pick up the fuel. Instead, drivers began using any viable means of transporting the fuel they could—including septic trucks. The fuel also was contaminated by salt water, storage conditions and countless other environmental factors, so by the time residents put it into their generators, it caused clogged fuel filters and other issues, Roland said.

Together with RIMCO Cat employees, the team put in 12-to-16-hour days, travelling about five to six hours to perform oil changes, general maintenance and repairs all over the island. According to Roland, Carolina Cat Power Division President Mike Brown suggested the team take the company's satellite phones with them, a good idea, because regular cell phones weren't working at all on the island. The teams used them to call back to RIMCO Cat, and even to Carolina Cat, to ask questions or request parts — even then, the calls often would quickly get dropped.

Those whose generators stopped working would often travel to RIMCO Cat's facilities to let the company know they needed a technician to perform repairs.

Roland said the team was initially scheduled to stay and help for two weeks, but they decided to extend their time an extra week because of all there was to do. When they went home, Carolina Cat sent a second team of five volunteers down to take their place, and plans to send a third group in November. But the work will likely continue for months after that.

“They're saying six months to get the island back to normal power,” said Roland, “but I think it'll be until February. There are two south-side power stations that need to be rebuilt.”