Cartersville, Georgia, Firm Diversifies Into All Aspects of Construction 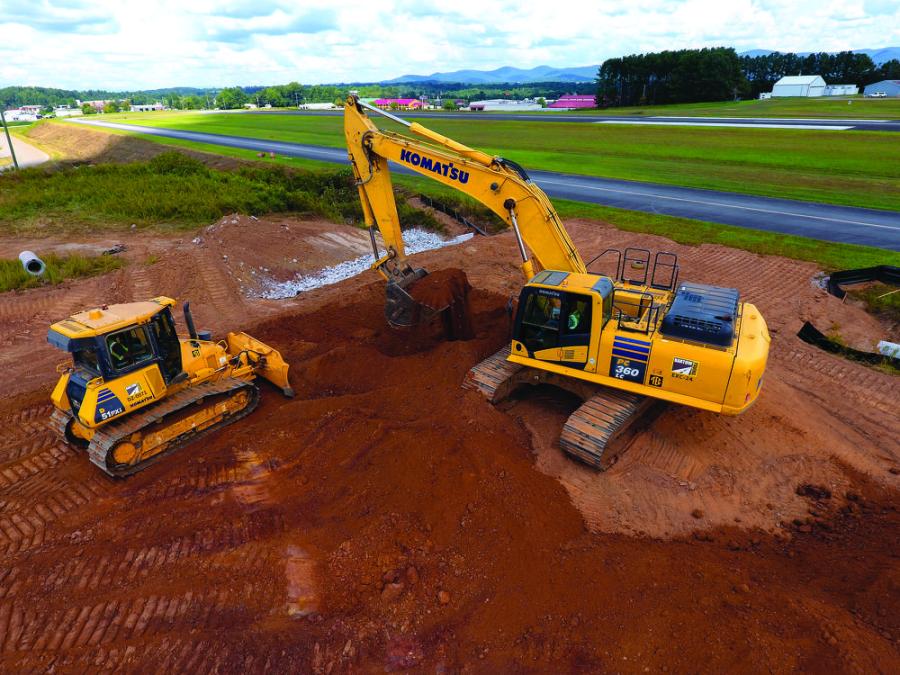 Chip and Andy Shropshire share a 70-year family history in the construction industry that began when the brothers' grandfather, George Shropshire Sr., started mining marble and ochre in Georgia. With less than a handful of employees, the business that is today known as Bartow Paving Company, provided raw material for local construction projects during the 1950s and 60s.

"Our grandfather traveled throughout the northern part of Georgia with conveyors and dynamite to blast rock," relayed Andy, who serves as Chief Operating Officer. "The operation was very mobile and created the by-product for road-surface treatment used across the state. He was one of the first entrepreneurs to become successful doing that type of work in this area."

In the mid-1960s, George Sr. passed the business down to his namesake, George Jr. A few years later, after the completion of Interstate 75 connecting Chattanooga to Atlanta, George Jr. purchased and installed the area's first asphalt manufacturing plant in Cartersville, Ga. This facility allowed his company to focus solely on asphalt production and paving until 2012, when the Shropshires sold the asphalt plant and diversified into all areas of construction development.

"After the economy crashed, the majority of the contractors we worked with weren't around anymore," explained Chip, who serves as President. "That's when we decided to do a lot of the work ourselves, rather than subcontracting it. We also changed our focus to bidding government projects instead of private work."

Ninety percent of Bartow Paving's business is generated through governmental contracts with the Georgia Department of Transportation, as well as various counties and cities. The company specializes in projects such as intersection improvements, including all site work, erosion control, grading and storm drainage, as well as asphalt paving and resurfacing. The quality of work is a testament to Bartow Paving's staff and its family atmosphere.

"We have more than 130 employees today, and some of those people have worked here since my first summer on the job when I was 16 years old," noted Andy. "They're all supervisors and foremen now, and many of them have brought their kids into the fold. It's exciting to have several families with multiple generations striving to make the company successful."

Bartow Paving serves an 80-mile radius around Cartersville, completing approximately 200 projects annually with 60 jobs in progress at any given time. 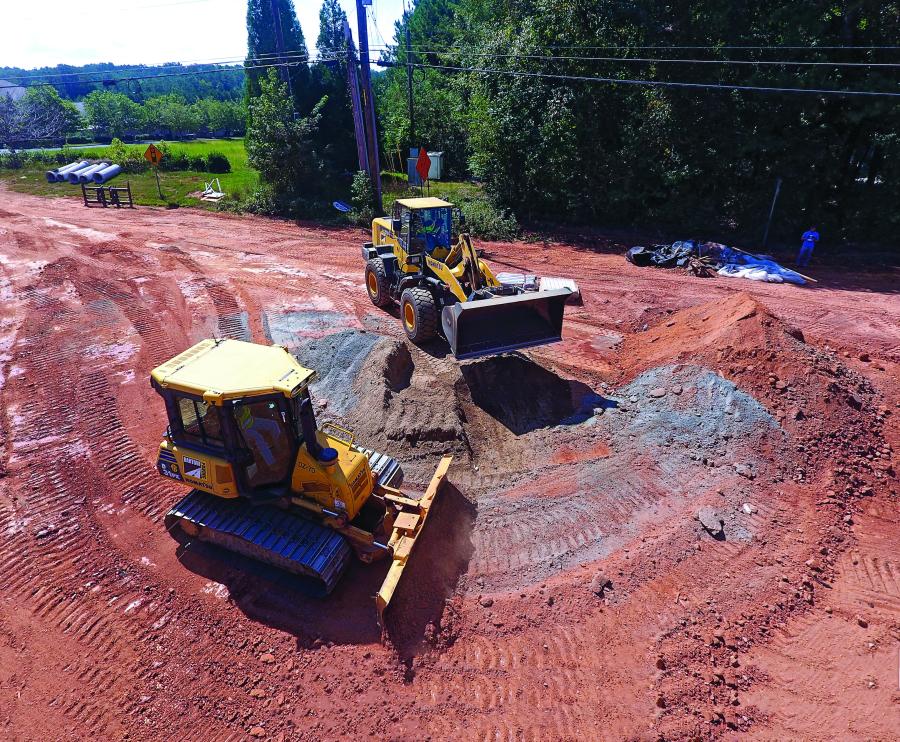 "For the last year and a half, we have been converting a two-lane stretch of Highway 113, located in Bartow County, into a four-lane divided highway," said Andy. "The $5 million project is on track for completion, and we should be finished within the next couple of months."

In Cherokee County, the company recently relocated Ridge Road and improved the intersection with Bells Ferry Road. Installing traffic signals and rerouting traffic are challenges that Bartow Paving has experience in handling.

"We had to be efficient on this project because the contract only allowed 30 days to close Ridge Road for the rebuild," explained Andy. "We changed the intersection from 30 to 90 degrees, relocated almost 700 linear feet of storm drainage and added a traffic signal. We completed much of the work a week ahead of schedule and then finished up the erosion control, surveying and laying sod.

"Contracts like these are our prime target," continued Andy. "The projects are typically three to six months in duration, so we can create a great finished product while getting in and out and then moving on to the next job quickly."

County airport improvements have been a recent addition to the company's growing repertoire of services. Runway extensions, supplementary taxiways and hangar pads comprise the bulk of the work.

For more than a decade, Bartow Paving Company has worked closely with Tractor & Equipment Company (TEC) and Calhoun Branch Manager Andrew Pettit to buy equipment. The original purchases were for its asphalt-paving operations and then for additional heavy-construction equipment, once their scope of services expanded. 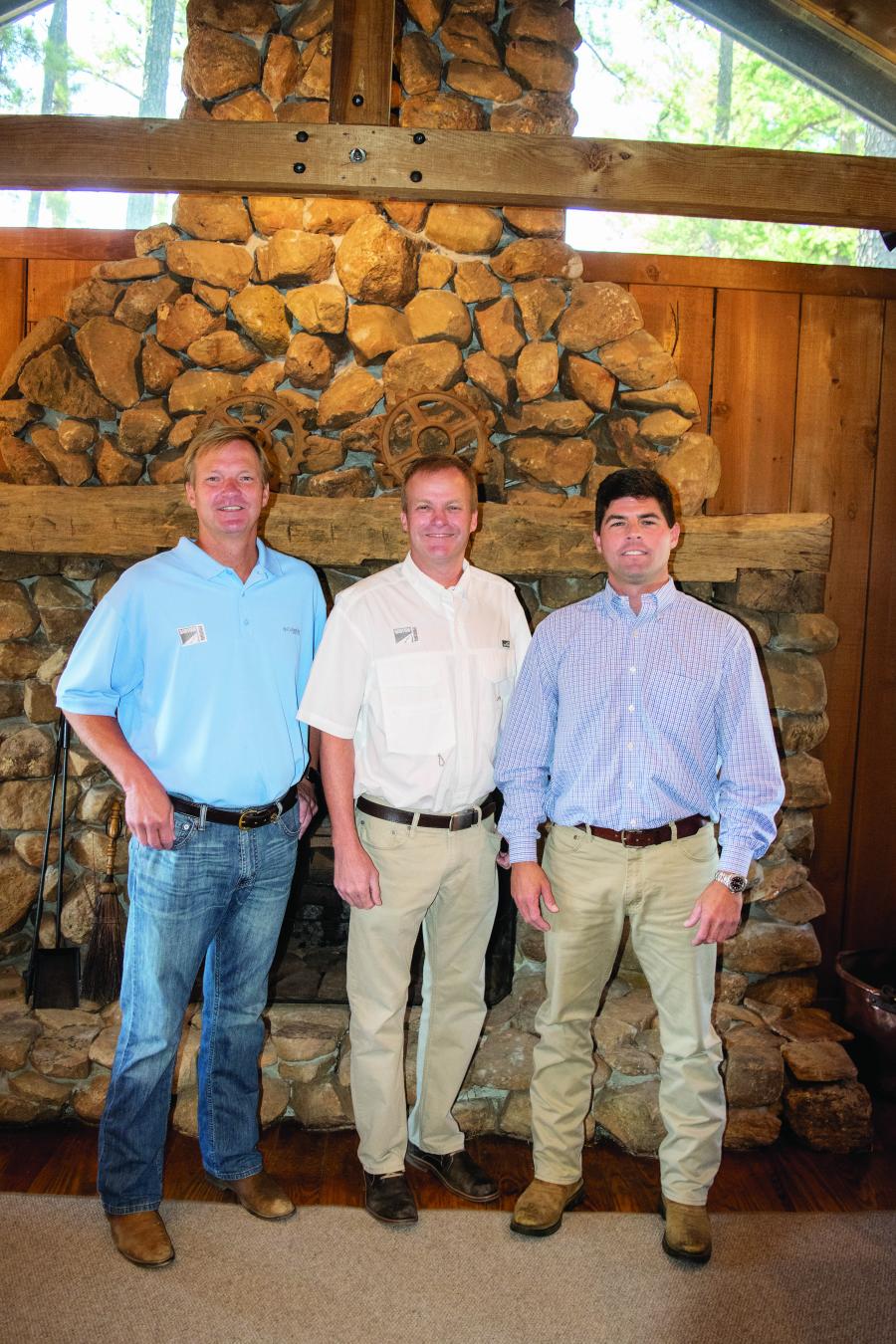 "TEC and Andrew have always given us their support through the years," noted Andy. "They offered flexibility during the tough times and built a relationship by sticking to their word."

"We have been very pleased with Komatsu products since launching them into our fleet," said Chip. "The machines are highly durable, and we get a long life out of them. The same goes for the Wirtgen products. They are equally user-friendly, and our operators appreciate running them."

Bartow Paving decided to test Komatsu's intelligent Machine Control technology when they landed a contract to grade a baseball complex. The results were immediately apparent.

"The intelligent technology on the D51PXi dozer helped us finish the baseball complex ahead of schedule," explained Andy. "It was the leap that took us to the next level. We've grown to the point of having our own surveying team. We can build the models ourselves to guarantee that everything is within final grade."

Bartow Paving utilizes Komatsu Financial to purchase its equipment through TEC and take advantage of competitive rates. The Shropshires value the Komatsu CARE program, which provides complimentary service on Tier 4 Final equipment for the first three years or 2,000 hours of machine operation, and rely on TEC to help maintain the machines.

"The shop at TEC has a great maintenance team that makes sure we are up and running," noted Andy. "If something happens to a machine, they'll find a loaner for us. TEC is a great company to partner with."

Bartow Paving has experienced a measured expansion since 2012 and anticipates continued growth by making smart development decisions. That has been the focus for the brothers all along.

"We want to have a controlled evolution so that all aspects of our business are sustainable rather than progressing to an overreached point," explained Chip. "We are aiming to be in a smart position with our development going forward, so that we can handle any economic ups and downs. We believe that we have the best people in place to succeed."

(Reprinted with permission from Tractor Times)