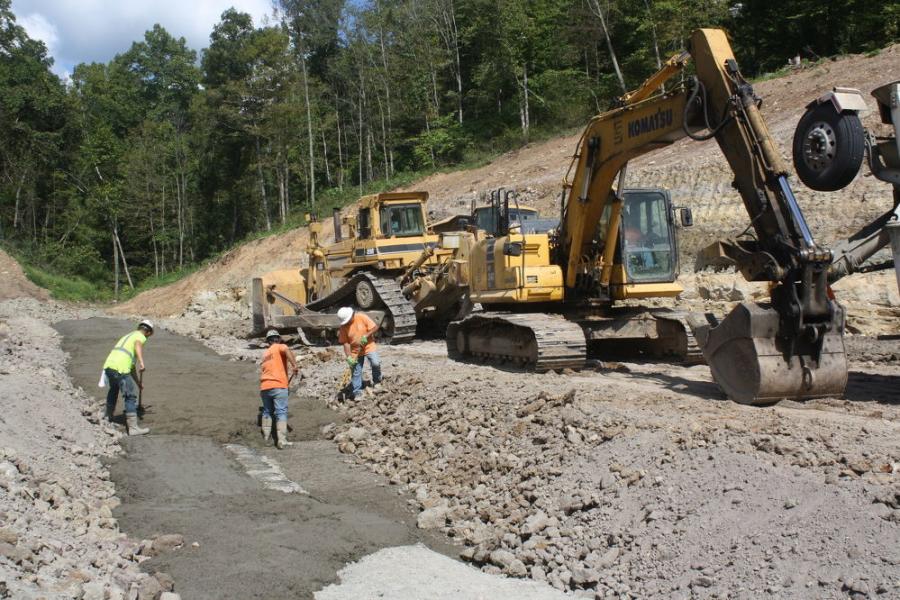 In Monroe County, the Ohio Department of Transportation (ODOT) is overseeing an emergency landslide repair and realignment project. Work on the $9.5 million undertaking involves the construction of a new 0.55-mi. section of SR 537, which includes retaining walls, drainage structures and the removal of a portion of existing SR 537. 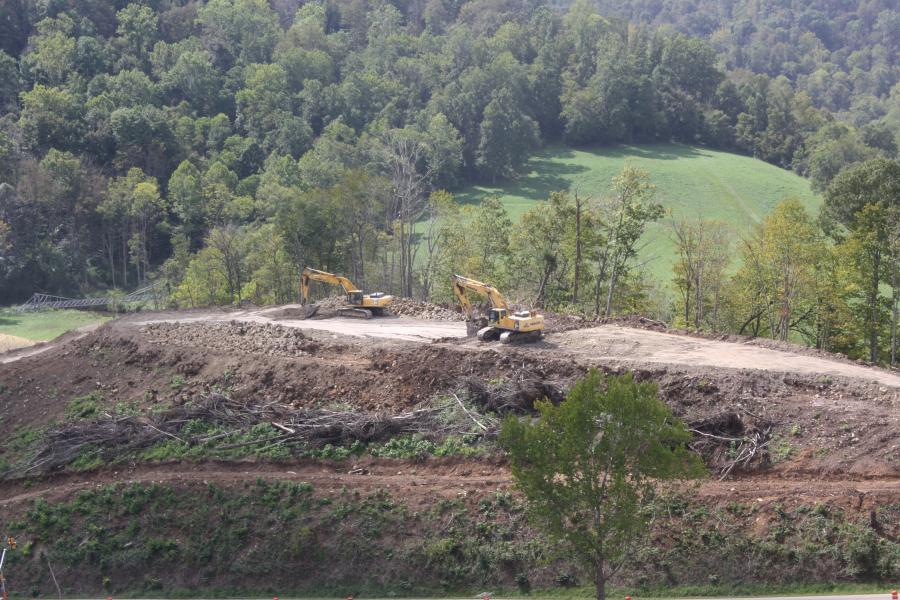 "The pavement is slipping over the hillside, and a full closure of this route would result in a significant detour for drivers," said Ashley Rittenhouse, ODOT District 10 public information officer. "This landslide has been on our radar for a few years, but it worsened due to rain/flood events in 2018. There is visible slipping and cracking of the pavement."

Experienced geotechnical engineers search the state regularly, looking for potential hazards. According to Rittenhouse, landslides in the area are not unexpected.

"The hilly terrain in southeastern Ohio, coupled with moisture from heavy rains, causes the landslides that we see."

Since this is a realignment project, much of the site was essentially undisturbed ground along hilly terrain that is typical of southeastern Ohio. Initial steps that had to be taken by construction crews included the clearing of trees within the project limits and borrow/waste area.

Two retaining walls will be constructed as part of the project, involving drilled shafts and installation of concrete lagging panels. Four culverts also will be installed.

The removal of a portion of existing SR 537 is a key part of the assignment.

"A portion of this work will be performed during the Phase II and III closures, and the remainder will be performed after the new section of roadway has traffic rerouted onto it. It will be a fairly straightforward process of excavating the remaining pavement, removing guardrail and a few existing culverts and then re-grading the area to drain."

Rittenhouse noted that the biggest challenge on the project will be managing the Phase I culvert installation and embankment operation over the fall/winter months of 2021, such that the 180-day closure for Phase II and III work can start on time. This should take place at the beginning of April 2022.

"Currently, the contractor is working on excavating the benches and constructing embankment between roughly Stations 153+00 to 158+00. They also are working on the installation of ‘Culvert B', which crosses the proposed mainline of SR 537 near Station 155+00." 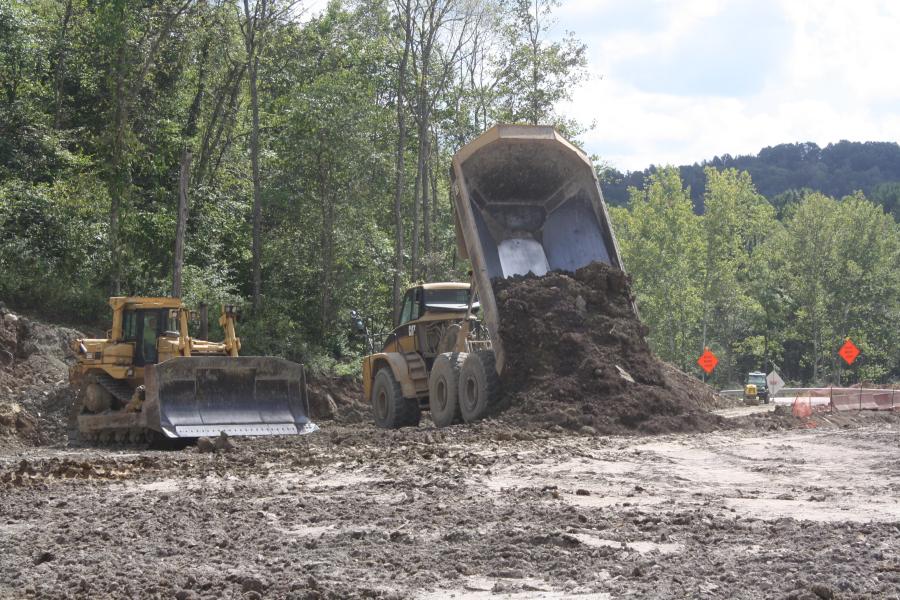 So far, there have been no unexpected issues for workers. Tasks already completed include clearing and grubbing, portions of excavation/embankment and "Culvert B" installation.

"A significant amount of excavation/embankment has yet to be completed, in addition to culvert installation/drainage work, drilled shaft retaining walls and the proposed pavement for the proposed mainline SR 537, as well as the east/west tie-ins. Removal of portions of existing SR 537 also needs to be completed."

Weather also is a concern for crews. Excess rain and/or snow can reduce the production of embankment operations over the fall/winter months.

Embankment material will be required on the project, along with various culvert material types (CMP, concrete, etc.); HP12x53 and HP14x73 steel; concrete and concrete lagging panels for the drilled shafts; asphalt for pavement; and guardrail.

The most time-consuming part of the work will involve excavation/embankment, due to the volume of material necessary to be moved.

"ODOT D10 has significant experience in both the design and construction of projects that involve a significant amount of excavation/embankment work," said Rittenhouse. "This previous experience is beneficial in understanding what is required in order to construct a safe and reliable repair.

"Additionally, the district personnel's experience and understanding of this work type allows us to make relatively quick and informed decisions if unexpected conditions are encountered."

No demolition of structures is necessary. Pavement, guardrail, culvert and other removals will be performed on existing SR 537.

As for detours affecting area motorists, the road is currently reduced to one lane and traffic is being maintained with temporary signals.

"The necessary lane closures and barriers will be placed according to traffic standards to protect the traveling public from the existing landslide and new realignment work. The contractor performs daily safety talks before work and performs job site analysis to keep the crews informed and aware of safety issues." 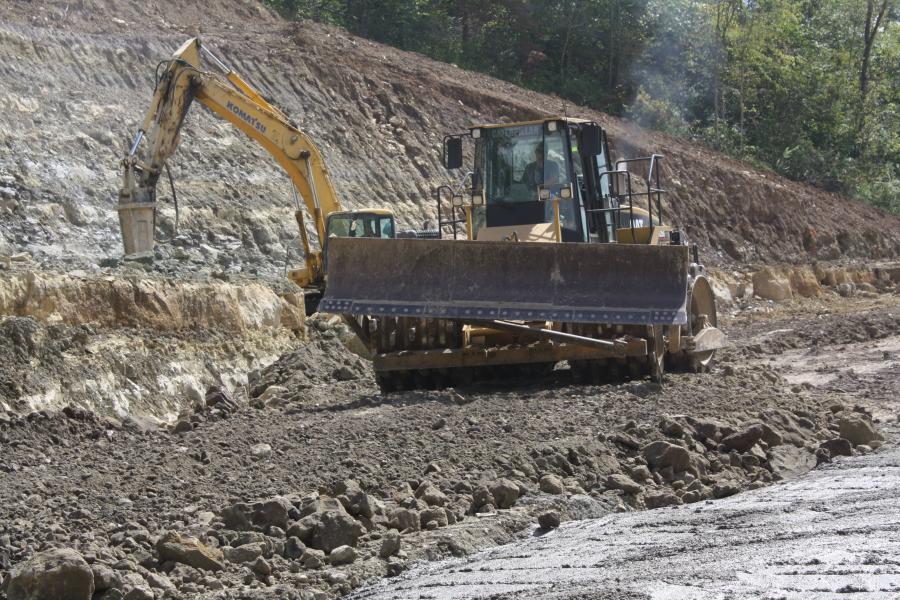 The contractor for the project is Cast & Baker Corporation. The estimated completion date for all work is December 2022.

According to an ODOT news release, officials will make use of $35 million in federal stimulus funding to complete dozens of projects designed to address landslide and rockslide issues early, or possibly prevent them. When these unfortunate events do happen, repairs can be very costly and, in many cases, take many months to complete. With few convenient detours available, getting around closed roads can often add a lot of time and distance to travel.

ODOT has identified more than three dozen locations in more than a dozen counties where slips and rockfalls are likely to occur in the near future. CEG